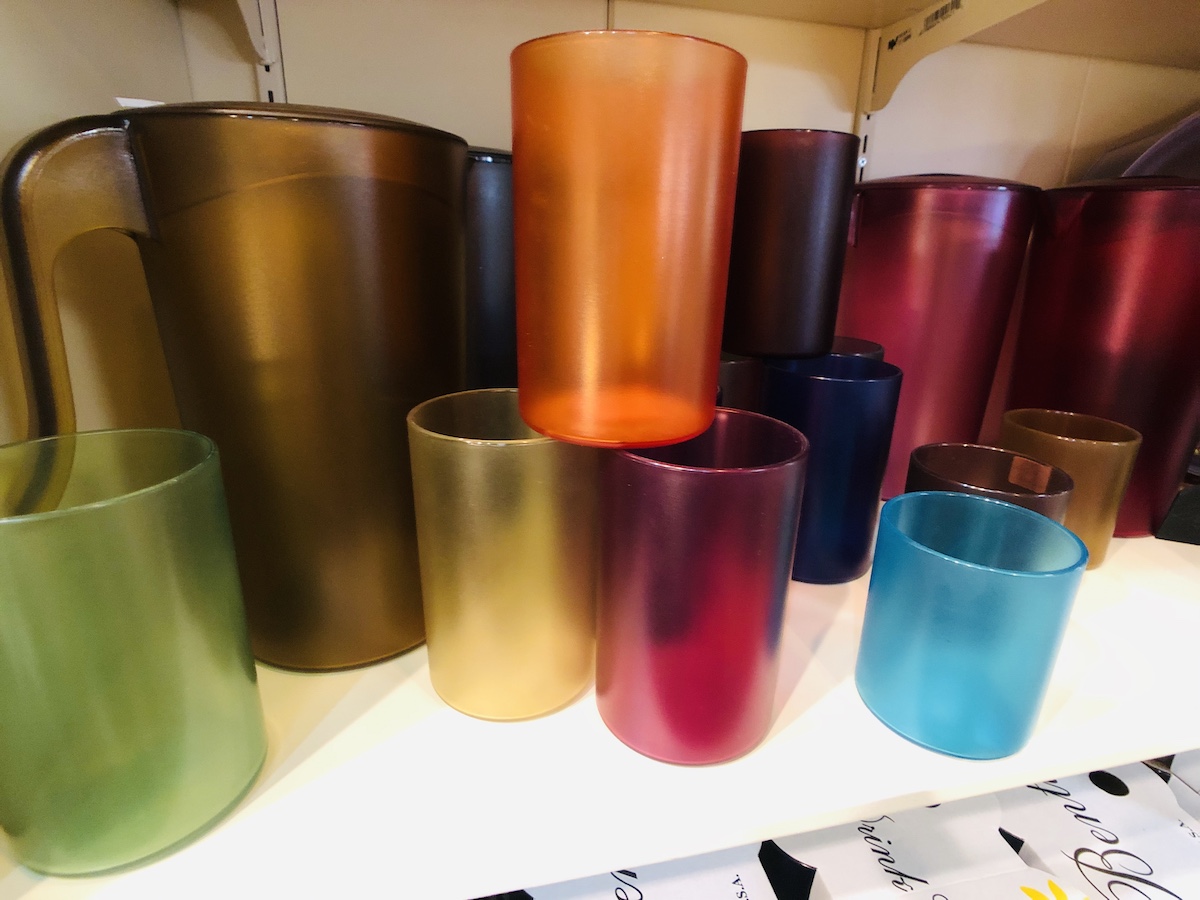 Bentley Plastics’ jewel-tone dishes, locally made in Perryville, Arkansas, near the Ouachita Mountains, are popular items that make great gifts for many occasions. Known for incredible durability and backed by a lifetime guarantee on tumblers, Bentley Plastics items will be well-received by everyone from families with kids to newlyweds starting life together. Besides being durable and practical for everyday use, Bentley DrinkWare and TableWare products are beautiful—tumblers, bowls, glasses and serving trays come in an array of 21 vivid jewel tones, including turquoise, lavender and tangerine, or a traditional amber tint, and the Bentley ExtremeWare line mimics the look of ceramic dishes without the weight or risk of breaking.

Bentley Plastics had its beginning in 1983, operated by John and Virginia “Jeanie” Bentley of Perryville. They manufactured plastic for different applications: chicken houses, microwave oven parts for a Conway company, duck calls for Rich-N-Tone Calls in Stuttgart, Smokey Bear rings for the National Parks, dental products for Prodentec in Batesville, and igniter tubes for the Defense Department. When the manufacturing jobs were outsourced, Bentley Plastics wanted its own product to sell to stores. They struck upon a simple cylindrical cup that had been ubiquitous to the region for decades through Dallas-based companies, beginning in the 70s from Fitz & Floyd and later in the 90s from Terrazza. The plastic tumbler established Bentley Plastics as part of a Southern tradition. The cup provided direction, becoming the basis of the Bentley DrinkWare line, officially born in 2004. Moreover, making plastic tumblers was of significance to John Bentley, who had lost a sister in childhood when she bled to death from a broken glass.

From its beginning, Bentley Plastics has been a family business: the Bentleys’ son Ted and his wife Mary joined them, and the couple’s three children have also participated in the family business over the years, helping select colors and design items, making catalogues and assisting with computer systems. John and Jeanie Bentley both died in 2016 but were very proud of the company they started.

Mary Bentley has been CEO of Bentley Plastics for the past 12 years. She describes herself as a woman of faith and credits God’s providence for the continued success of her Bentley Plastics over the years, particularly in arranging to do business with Ski & Sea Resorts and Wyndham Resorts. Bentley has a tendency to seek ways to help people: she worked as a nurse for 15 years at Arkansas Children’s Hospital on the Cardiovascular Intensive Care Unit, arranges an annual charity sale at Bentley Plastics, and is currently serving a third term as a state representative. “I really have enjoyed helping take care of folks,” she says, referring to her various careers.

Bentley DrinkWare is available nationwide, sold in over 2000 small stores and used by Disney World resorts, among others in the hospitality industry. Despite having a large presence, Bentley Plastics is a small business (including Mary Bentley, there are four employees) and relies on other local small businesses. Bentley appreciates this family-like network: “I love the fact that we’re with a bunch of Arkansans across the whole state, working with their stores and feeling like we’re a part of their business. It’s really been a great part of running a company.”

As a state representative, Bentley sees herself as a voice for manufacturers and small businesses, informed by her own experiences as well as those of others. Bentley says, “most of the stores I work with are small, independent,” and many are woman-owned or family-operated, much like Bentley Plastics. Shelby’s in Harrison is one such store. Shelby’s is a popular place to shop for hospitality, entertaining and gift items. When a couple creates a wedding registry at Shelby’s, tables in the front of the store are decorated to present engagement photos and wedding details, with highlights from registry lists displayed on the tables. Bentley DrinkWare, represented in luscious colors, is always on the table.

Order online or use the store locator to find the nearest shop carrying attractive and practical Bentley products that will be appreciated on any occasion.