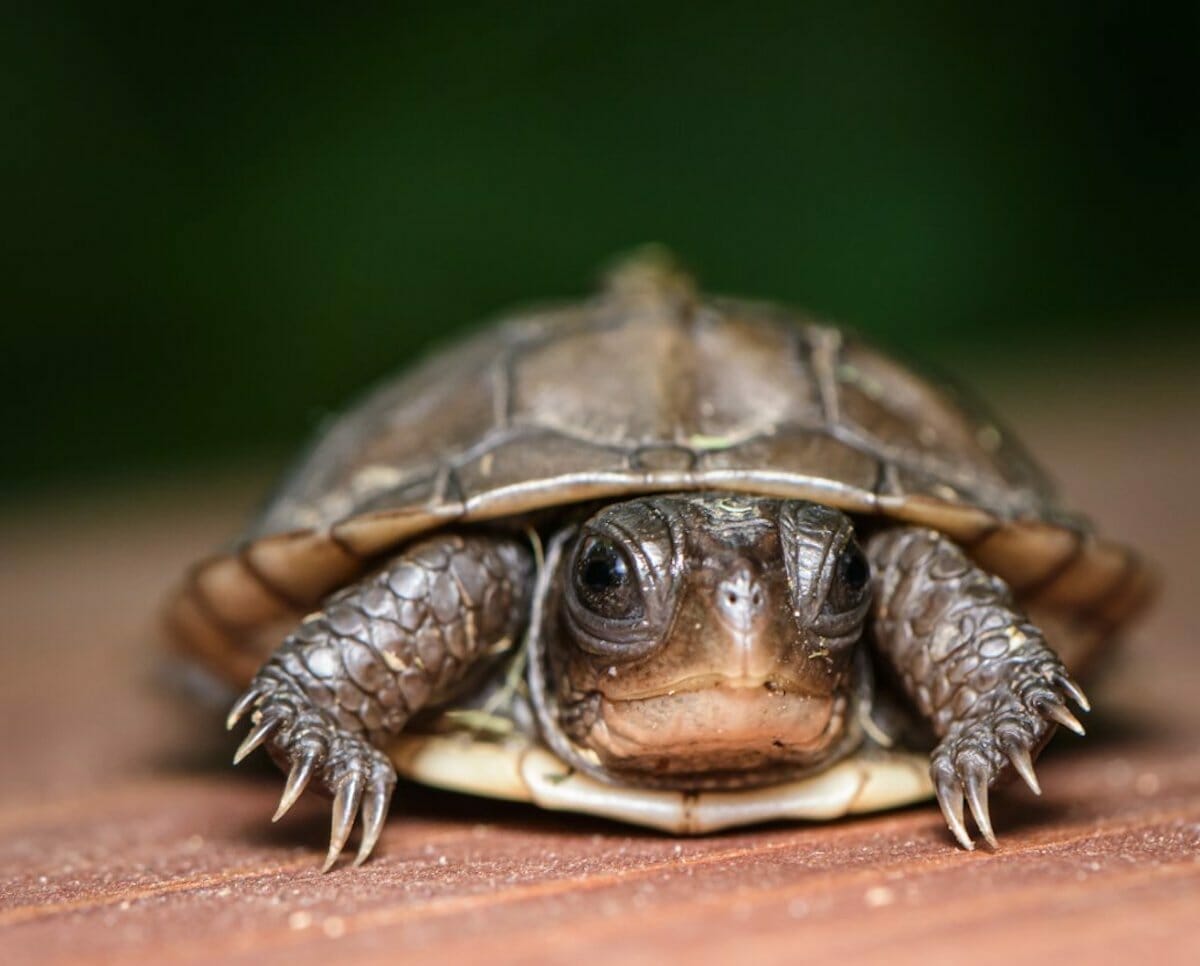 If you’ve ever swerved to miss a turtle or stopped to help one cross the road to avoid oncoming cars, you are a kindred spirit with the owner of Turtle Shire turtle rehabilitation in Fayetteville. Turtles are extremely important to the world’s ecosystem and help to keep ponds, rivers and lakes clean and are a vital food source for some larger animals. Turtles also graze, redistribute seeds and dig holes that become homes for other animals. Sadly 61% of all turtle species are threatened or extinct.

With a bit of luck and the occasional help from a stranger, many turtles can live as many as 60 years. There is hope, thanks to Anna Heckmann, for those who aren’t so lucky and suffer a car strike, illness or injury from a dog or other animal.

Heckman has always loved turtles. It breaks her heart to see one hurt, and she has always felt called to do something about it. After following several sea turtle rehabilitation groups on Facebook, Heckmann wanted to start a local land turtle group to help the injured turtles she often saw in Arkansas.

Heckmann soon connected with Joyce Hicks, who ran the Northwest Arkansas Turtle Rehab until her retirement last year. In Arkansas, the most common injuries to turtles include car strikes and being chewed by dogs. Heckman would often bring in injured turtles, and with each visit, Heckmann asked Hicks to train her in the art of turtle rehabilitation. Hicks was hesitant as most people don’t understand the time or dedication required to rehabilitate turtles. Eventually, Hicks saw the sincerity in Heckmann and agreed to take her on as an apprentice.

The Arkansas Game and Fish Commission oversees the permitting of wildlife rehabbers and requires licensed rehabbers to undergo a minimum of a 2-year apprenticeship with a current rehabber. Heckmann’s apprenticeship with Hicks included hands-on training, research, observation and assisting with the care of the turtles. Eventually, Heckmann gained her permit and began working with turtles herself, consulting with Hicks when needed.

What Does Turtle Shire Do?

Like most rehabbers, Heckmann provides initial care for injured wildlife and long-term care until the animal is ready for release. Heckmann can set shells, clean wounds, provide basic meds, and will consult with a veterinarian when more involved care is needed.

A common misconception is that rehabbers get to play with wild animals all day long. Heckmann limits her contact with the turtles to only what is necessary. Injuries, especially car strikes, can be highly traumatic to a turtle. Often rehabilitation includes a lot of waiting on the turtle’s immune system to kick in. A warm stress-free environment with limited human contact is essential. Heckman places the animals into enclosures designed to simulate a natural environment as closely as possible. They are opaque and limit their ability to see her, which is extremely important for a successful recovery.

Caring for the turtles also includes knowing when they are ready to return to the wild. This bittersweet moment is the ultimate goal for a wildlife rehabber like Turtle Shire. Limiting contact makes release easier on both the animal and Heckman but lowers the stress on the animal, making a successful recovery more likely.

What To Do If You Find An Injured Turtle?

Turtle Shire, along with other wildlife rehabilitators across the state, can’t be everywhere at once. They often depend on the general public for initial assistance when dealing with an injured animal. Contacting a permitted wildlife rehabber is the first and most important step when dealing with an animal. When someone reaches out to Heckmann, she will often ask for pictures or a detailed description of the injury to assess the next steps for the turtle. Fortunately, turtles are resilient and can often bounce back quickly, especially when they receive prompt care from Heckmann or others like her.

Heckmann is located in Northwest Arkansas, but there is likely a permitted rehabber in your area of the state. You can find a complete list of rehabbers from the Arkansas Game and Fish Commission.

Most people will have the joy of observing wild turtles on occasion. They may be moving within their home range, seeking a mate or looking for a safe place to lay eggs. Perhaps you spot one on a hiking trail or one passes through your yard. It is always best to observe turtles from a distance. Say hello, provide the turtle with a piece of fruit as a friendly gesture, keep pets (especially dogs) away from the animal and allow it to pass through. Turtles will usually move through fairly quickly.

Handle Turtle Carefully – Only handle turtles when necessary, picking them up by the sides near the back of their shell. Never pick up a turtle by its tail or another limb. Snapping turtles and softshell turtles can both be very aggressive and bite. It is best to leave these animals alone or gently encourage them to cross the road without picking them up.

Don’t Take Wild Turtles As Pets  – Wild turtles should never be collected to keep as pets.

Don’t Release Pet Turtles Into The Wild – Turtles can live 60 or more years, requiring years and years of care. The lack of this knowledge leads many pet owners to consider releasing pets into the wild when they tire of caring for them. This is dangerous to both the captive turtle and wild turtles. Pet turtles were not raised to forage for natural food and may have difficulty getting adequate nutrition. They could also introduce diseases that could be detrimental to the wild population.

Do Not Paint Turtle Shells – Heckmann notes that people like to catch wild turtles and paint their shells for some reason. This, more often than not, is a death sentence for a turtle. The shell is made of bone and has blood vessels running through it. Paint is toxic to the turtle and can be absorbed through the shell. The paint also blocks sunlight and the ability of the turtle to soak up vitamin D. This can lead to metabolic bone disorder, a condition that is almost always fatal.