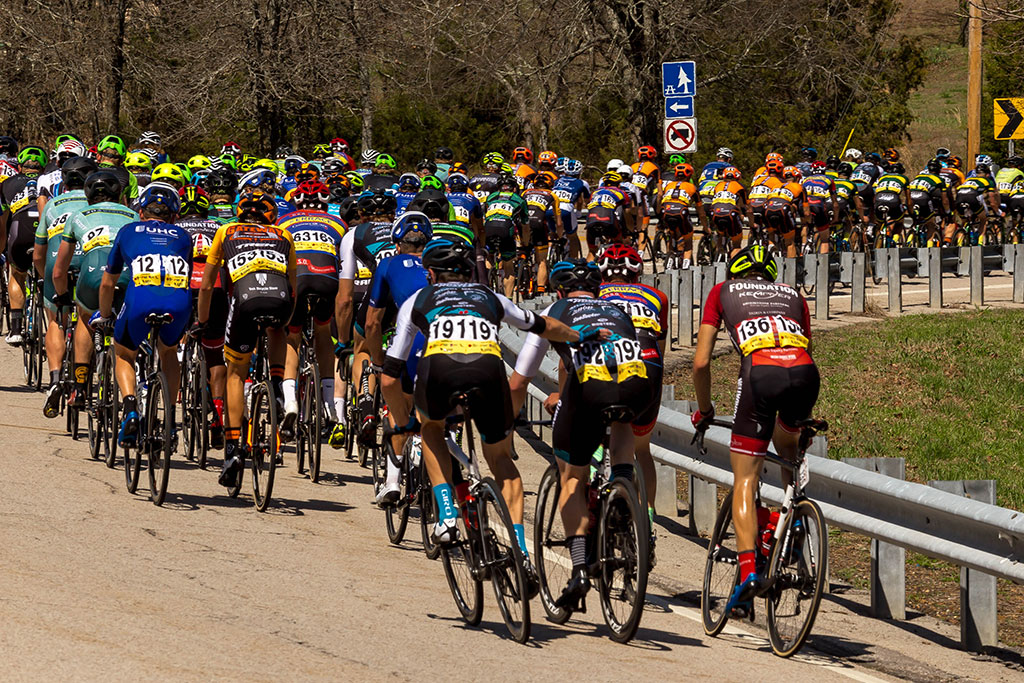 The first of four professional bike racing stages in the upcoming Joe Martin Stage Race will finish atop Mount Sequoyah in Fayetteville.

The four-day event runs from Thursday, April 12 through Sunday, April 15 and features two road races, an individual time trial and culminates with a downtown criterium race to determine the overall winners in each of the pro/elite men’s and women’s categories. Amateurs will also compete in a two-day stage race.

Day one begins Thursday and includes varying distances for each category. The pro men will ride 113 miles, the pro women will race 68 miles, and the elite men’s category will include 80 miles of racing.

Each of the three races will follow the same 2.5-mile finishing stretch that includes a challenging climb up Spring Street, Fletcher Avenue, Oklahoma Way, Missouri Way, and Assembly Drive on the way to the finish line atop Mount Sequoyah.

To celebrate, the Mount Sequoyah Center will host a “Party on the Mountain” event from 1-6 p.m. Thursday (April 12) with outdoor games, barbeque pork and smoked chicken sandwiches and a Fossil Cove Brewing beer garden. The event is free and open to the public. Those attending should park at Sequoyah United Methodist church at 1910 N. Old Wire Rd. and take a free shuttle to the top of Mount Sequoyah. Shuttles will run continuously throughout the duration of the event.

Friday’s races will feature similar distances, but will each finish in front of Arsaga’s Church & Center near the downtown square.

On Saturday the pros will complete an individual time trial at Devil’s Den State Park, while the amateurs kick off their stages with a road race near Prairie Grove.

The festivities conclude Sunday with the popular downtown Fayetteville criterium race that will feature riders racing at speeds of up to 30 miles per hour along a multi-lap course down Dickson Street and up around the downtown square from 8 a.m. to 5:30 p.m.