The History of the U of A Mascot Program ~ Big Red 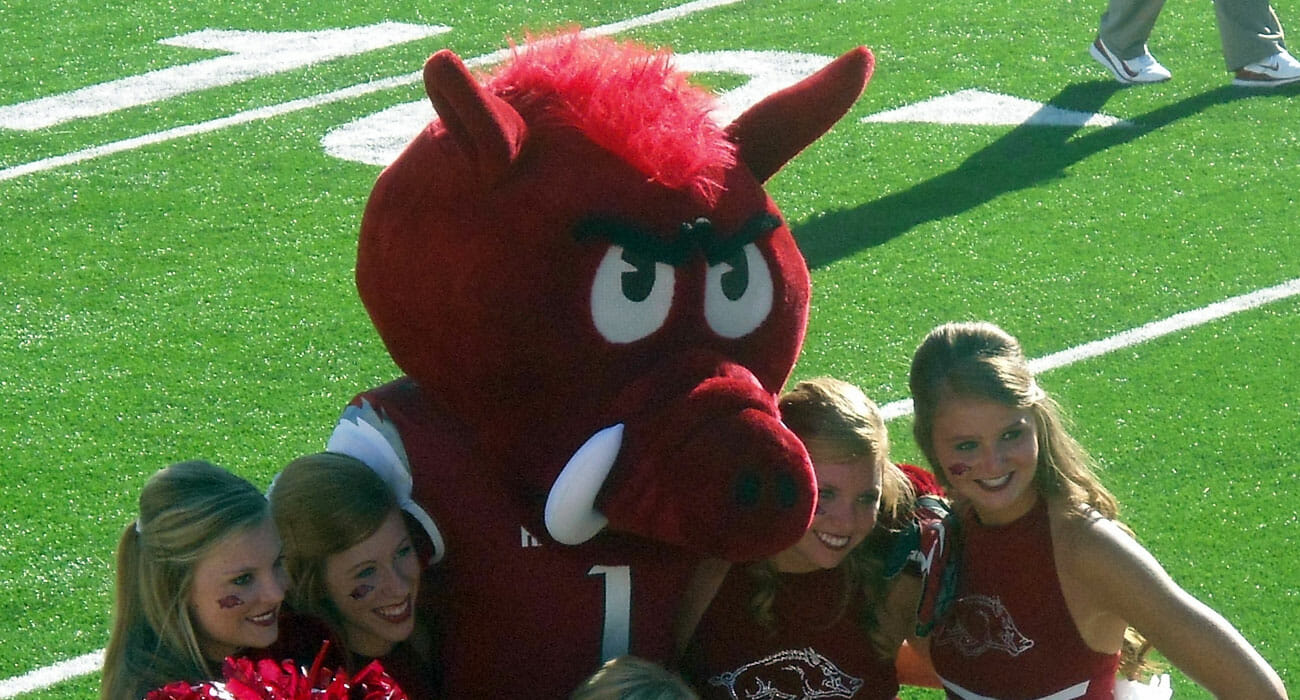 History of the University of Arkansas Mascot Program

Football was first played at the University of Arkansas in 1894, and from that time until 1910, a Cardinal was the school’s official mascot. The brightly-colored songbird was chosen to reflect the Cardinal Red that was the school’s color.

In 1909, after a hard-fought 16-0 win over Louisiana State, football coach Hugo Bezdek told the crowd gathered to welcome them home that the team had not played like mere football players, but “like a wild band of Razorback hogs.”

College students being who they are, the following year, the student body voted to officially change the mascot of their beloved team from the Cardinal to the Razorback, and the rest is history.

As early as the 1920s, live hogs were brought to football games on occasion, but a permanent live mascot was only introduced in the 1960s. Could we speculate that the 1964 National Championship win was somehow made possible in part by an excessive amount of team spirit resulting from the introduction of a live mascot?  Wooooo Pig Sooie!!

The Razorbacks are also more visibly represented by a family of uniformed mascots that can be seen performing and raising the spirit level at the university’s athletic events. “Big Red” is the traditional mascot that personifies the intimidating fighting spirit of the Razorbacks. To appeal to younger fans, “Sue E”, the classy and sassy female hog, and “Pork Chop”, a mischievous, kid-sized mascot, were added to the line-up. “Boss Hog” is the newest addition, and a crowd favorite. The nine-foot inflatable was introduced to the family during the 1998-99 season.

Big Red is currently competing in the Capital One Mascot Challenge, an annual contest that relies on fans to vote and complete challenges on social media to push their favorite mascot to the top.