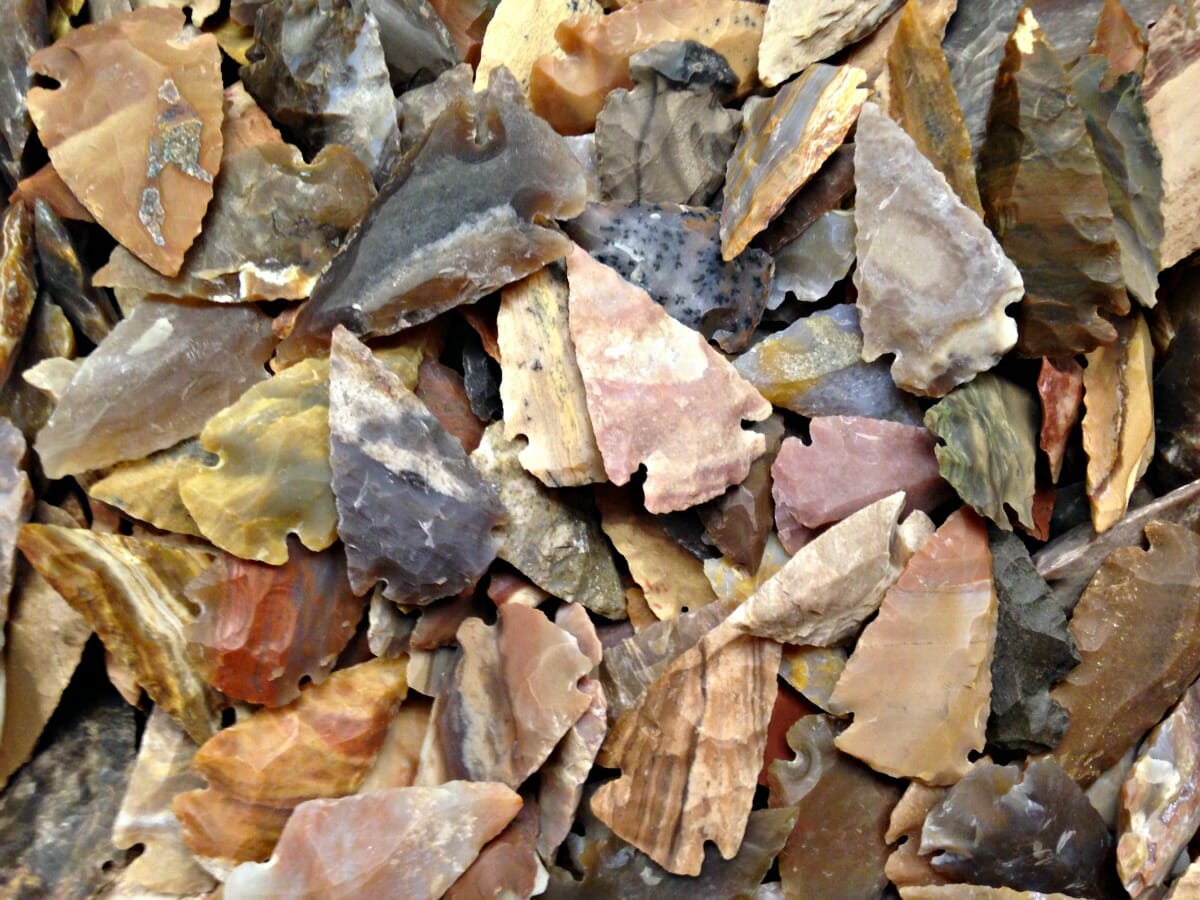 It’s November, fall colors are deepening into orange and rust, and the days are growing chilly. As a child, I loved this time of year, when school studies turned to the first harvest feast between pilgrims and Indians. I now realize the history of Native Americans is a far more complex issue than the children’s version of the Thanksgiving story. That’s why I’m thankful November is Native American Heritage Month.

Native American Heritage Month has been celebrated each year since 1990 to recognize the importance of native cultures and the contributions of Native Americans within history and today. Arkansas was once home to numerous Indian tribes. The Quapaw, Osage and Caddo tribes inhabited large amounts of Arkansas, and the Tunica and Chicksaw tribes held territory that included small portions of eastern Arkansas.

The word Arkansas is derived from a Native American word, Acansa, a  name that refers to the Quapaw Indians and also carries the meaning “southern place.” French explorers were the first to use this term to refer to the Indians and the place where they lived, changing Acansa into Arkansas.

When Arkansas became part of U.S. territory in 1803, settlers flooded the state for its prime agricultural lands. The influx of people began driving out the Indian tribes. Other eastern tribes like the Cherokee were forced to migrate through Arkansas as part of the Indian Removal Act. The Trail of Tears crisscrosses the state and can still be retraced today.

The Ft. Smith National Historic Site also has a display on the Trail of Tears and Arkansas’s role in the forced migration of many Native Americans. The Museum of Native American History in Bentonville has an extensive collection of artifacts and displays recounting the history of Native Americans from prehistoric times through today.

There are several ways to observe Native American Heritage Month in Arkansas this November.

November 7th-8th – Cossatot State Park will host an event to celebrate the month. Visitors can enjoy a variety of activities that celebrate the traditions of Native Americans, including games. Contact the park for more information and to register.

November 7th – The Museum of Native American History in Bentonville will have a Tipi Talk led by John Two-Hawks at 5:30 p.m. The topic will be “Pilgrims and Indians: the Thanksgiving Myth.” Explore the exhibits that cover 14,000 years of Native American culture in Arkansas and the Americas.

Toltec Mounds State Park in Scott will also celebrate Native Foods November 14th. Learn about and taste traditional foods eaten by many Native Americans in Arkansas history. The event is from 10 a.m. to 1 p.m.

November 18th – The MacArthur Museum of Arkansas Military History will hold two events. For school-age children, the museum will host a talk on Toltec Mounds and indigenous Native Americans at 11:30 a.m. on the 2nd floor of the museum.

At 6:30 p.m., the museum will screen the PBS documentary Way of the Warrior for “Movies at the Museum.” The film documents Native American veterans in World War I, World War II, the Korean War and the Vietnam War. The event is free and popcorn and beverages will be provided.

November 20th – Join Miss Sarah at the Museum of Native American History for children’s story time at 10 a.m and take the opportunity to explore the many exhibits, tipi and search for arrowheads on the museum grounds.

You can also retrace the Trail of Tears as a way to honor Native American heritage this month. The trail crosses the state along several different routes. Find a route near you at ArkansasHeritageTrails.com and learn more about the Trail of Tears at the National Historic Trail website.

As we celebrate a month known for giving thanks, let’s remember our state’s original inhabitants and the deep history and influence of Native Americans in Arkansas.