Tacos 4 Life: Making a Difference One Taco at a Time 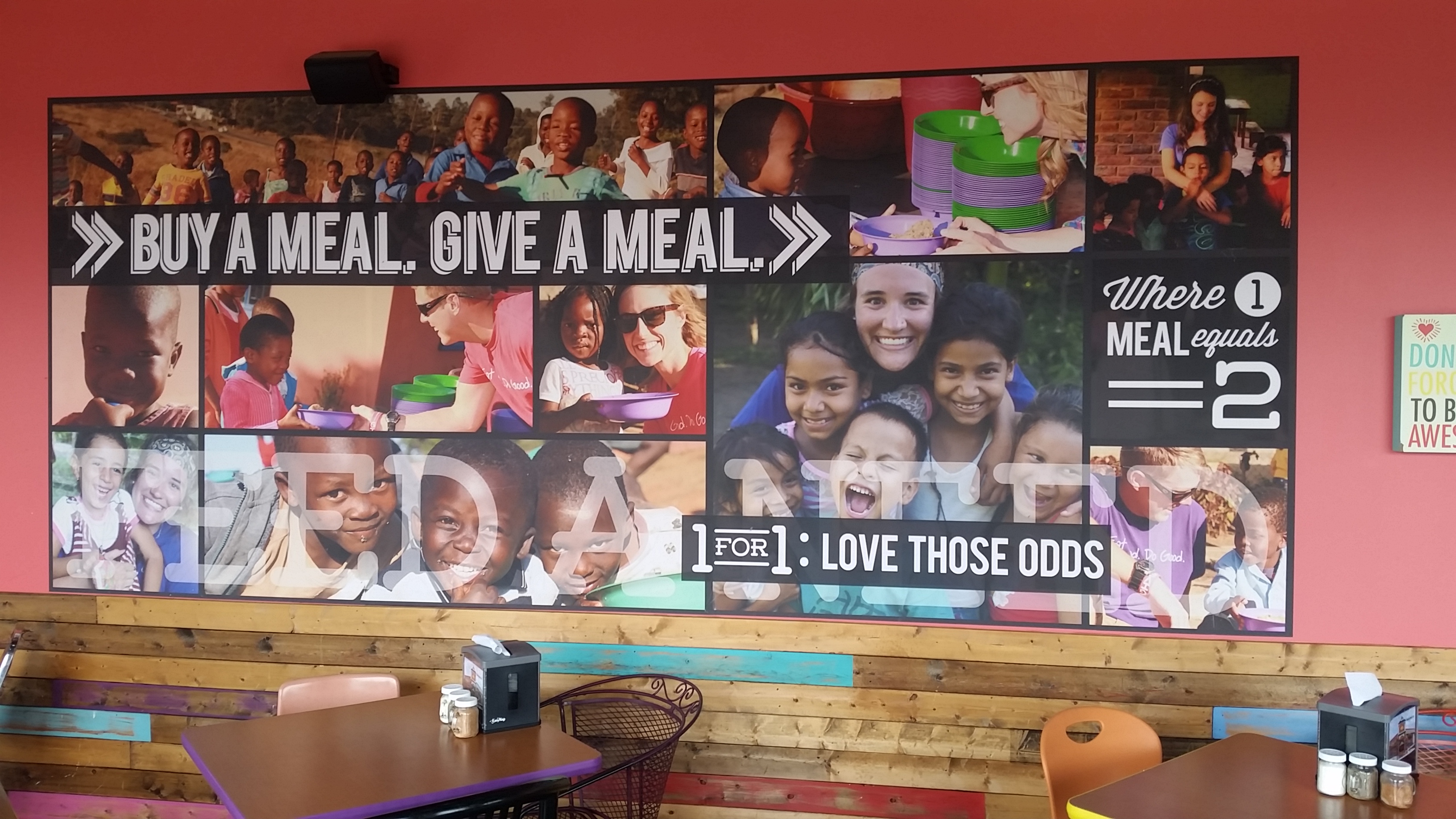 If you’re in the Central Arkansas area you may have heard of Tacos 4 Life, the Tex-Mex restaurant that gives a meal to a hungry child each time a meal is purchased. I recently sat down with owner Austin Samuelson to see how it all got started and what is happening behind the scenes.

A few years ago, Austin and his wife Ashton were living in a nice area of Los Angeles when they noticed that there was a large population of homeless people. Ashton volunteered in a soup kitchen and learned their stories. They saw how bad starvation was in the area and how much of a problem it was in the world. At their church, they heard that 18,000 kids a day died from starvation, which shocked them, especially since it is the world’s most solvable problem. As they volunteered more, they grew passionate about this problem and decided that they wanted to help. Austin got the idea for a restaurant which took root and slowly began to take form. With a restaurant, they knew that instead of having to ask for donations all the time there would be a steady flow of donated meals. From their passion for food, as well as feeding hungry people, the first Tacos 4 Life was born in Conway.

Their partner for providing meals is Feed My Starving Children, which works with organizations to provide meals for poverty-stricken countries. Ashton heard about them on a local Christian radio station and thought that they would be a perfect fit, while at the same time (unknown to Ashton), Austin had been looking online for a partner and found the same one. Once they told each other about it, they knew that Feed My Starving Children was the right fit for them. Unlike larger companies who do charitable acts as well, Ashton and Austin knew exactly where the money that was being donated went and which countries were receiving their contributions.

Each meal that is purchased at one of their two (soon to be three) locations provides one Manna Rice Pack that Feed My Starving Children makes. These meals are then sent to Swaziland, Africa to an organization called Children’s Cup. The Tacos 4 life team had a chance to go to Swaziland in May to see what Children’s Cup does first hand. The Children’s Cup organization uses food as a foundation to build the community. They provide free preschool and give the children the opportunities that they deserve. The meals bring kids from miles away to the site, some of which walk for hours just to fill their bellies. While they are there they also receive medical care; from vaccinations to deworming to vitamins. While the Tacos 4 Life team was there they were able to go to GLA, the area’s secondary education provider, to see the extraordinary results of the children growing up with The Children’s Cup manna packs.

Austin (pictured above) says the highlight of the trip was being able to talk with a young man who participates in the program and his appreciation for the organization’s impact on him and his community.

In the year that they have been open, Tacos 4 Life has served almost 400,000 meals between their two locations in Conway. Their third location opens this summer in Fayetteville, in front of the Evelyn Hills Shopping Center. I asked if they planned to open any more soon and the response made me appreciate how much they care about their customers. They don’t plan to open more right now so they can focus on the execution in their current restaurants.  Then, if it’s God will, they will open more, as more restaurants mean more little mouths will be fed.

Tacos 4 Life helps fight hunger one meal at a time, truly following their mission of donating a meal to a hungry child with each meal you buy. I tried the Southern style barbecue pork taco, which was delicious! And I know that as I enjoyed my meal, a child in Swaziland was able to have a meal today because Austin and Ashton made it happen.

Visit the Tacos 4 Life website and check them out on Facebook or Twitter to keep up to date on what is happening as they open the new location.

A little about Renee Birchfield.

Arkansas Women Bloggers member Renee Birchfield is a newlywed in Central Arkansas. Before getting married she noticed a lack in resources on being a new wife, and decided she would become one for other brides and new wives. Being a Food Scientist and trained to see the technical side of food, as well as being a self proclaimed food nerd she also shares recipes and tips to her readers.