Chris Stapleton’s ‘Arkansas’ Is a Hit in the Natural State 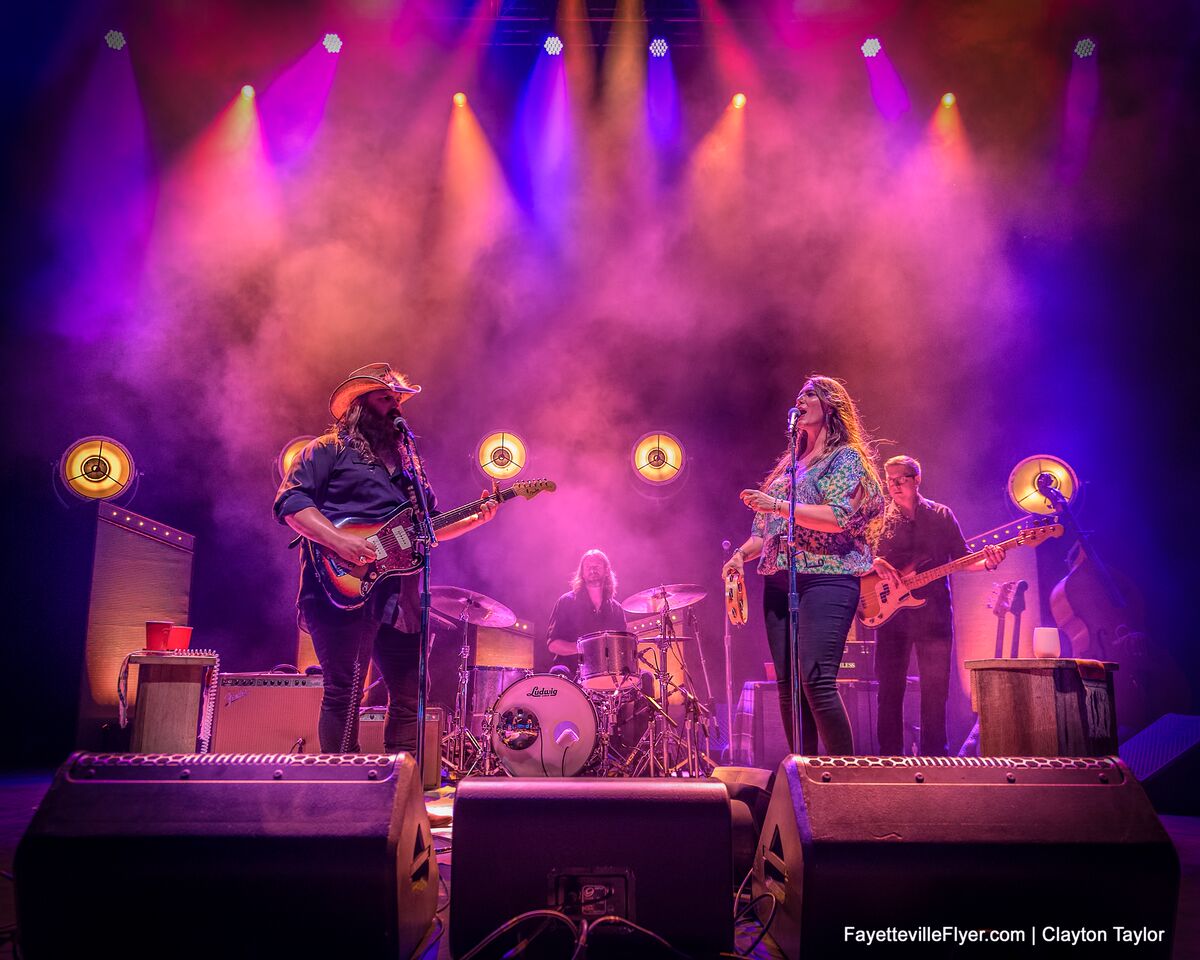 A few years ago, we wrote a post about some of the best songs ever written about the great state of Arkansas.

Now, thanks to country artist Chris Stapleton, we may have to add a new song to that list.

Stapleton debuted the song at concerts roughly a year ago this month and told the story behind it to the first crowds he performed it for back then.


Stapleton performing at the Walmart AMP in Rogers in 2018. Photo: Clayton Taylor

“It wasn’t that long ago that I had a birthday, and I happen to like fast cars,” he said. “So my wife bought me a fast car, but the fast car was in Oklahoma City, so me and JT back there on the bass got dropped off in Oklahoma City and we drove like a bat out of hell through the Ozark Mountains all the way to Nashville, Tennessee, and that’s what this song is all about.”

After picking up the new car, apparently a Porsche 911 if the lyrics are accurate, Stapleton blazed in through the backroads of the state at “about a hundred and seven” miles per hour on his way back to Nashville.

The lyrics call out several landmarks, including the Ozark Mountains, the White River, Fayetteville, and Little Rock, and even contains a reference to “calling the Hogs.”

He also talks about a pit stop in Little Rock for some barbecue, though he doesn’t name names on the restaurant he visited.

The song has already drawn the attention of high-profile figures in the state.

Governor Asa Hutchinson Tweeted about it on Wednesday. “Great new song by @ChrisStapleton! Next time you’re in Little Rock, let me know, and we can grab some barbecue,” he said.

Head Razorback basketball coach Eric Musselman posted a video of himself rocking out to the new song on Twitter the afternoon it came out last week.

The song was co-written by legendary guitarist Mike Campbell (Tom Petty and the Heartbreakers), and his presence is felt in the few first notes of the song that begins with a rollicking blues riff. We’re not sure if it’s his guitar that starts the track off, but we’re pretty sure he’s the one that rips the solo at around the song’s 2 minute mark.