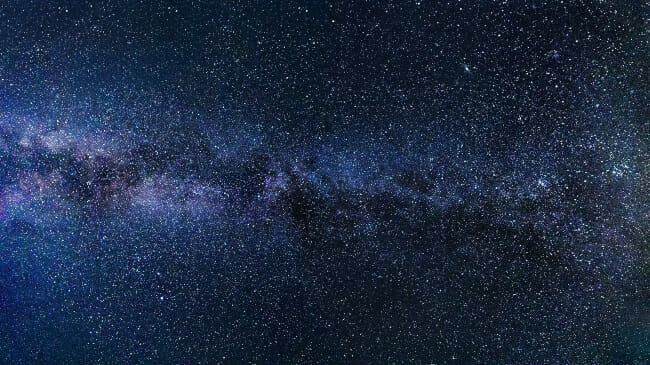 When the Higgs boson particle was discovered in 2012, it was confirmation of the elusive particle that physicists had theorized about for years. The particle helps give mass to all other particles that have mass, like the proton and the electron. The existence of the Higgs boson was proposed in 1964. Its existence was confirmed in experiments at the Large Hadron Collider in Geneva, Switzerland in 2012. Arkansas-born physicist Dr. O. Keith Baker was one of the physicists whose research helped make the discovery possible.

Oliver Keith Baker was born in McGehee, Arkansas in July 1959. Only a few months later, Russia would successfully send its first spacecraft around the moon. Baker grew up in a large family with two parents who were college-educated. His mother, Yvonne, studied music at the University of Pine Bluff, where she met his father, Oliver, a chemistry major. Baker credits much of his success to growing up in a home with a family who loved music and math. His parents weren’t the only positive influences in his life. His grandfather and step-grandmother owned Jolly Baker’s General Store on Highway 65 in Desha County.

Photo Courtesy of the Arkansas Black Hall of Fame

Baker remembers how hard his grandparents worked to make their store the most successful Black business in the state of Arkansas. The store was a staple in the community of Tillar, where the Baker family lived, and in Desha County for decades. Baker went to school at B.C. Pruett, where the Black students attended school until integration. He remembers integration in Tillar as less difficult than other parts of the state and Tillar High School, which encompassed all grades for students at the time, was able to successfully integrate without violence. During his time in school in Arkansas. When Baker reached middle school, his family moved to Memphis, where he finished his secondary education.

“…By the time I got on into junior high and high school, I just loved science and this is what I wanted to do. I loved physics,” Baker recounts in a 2013 filmed interview with The HistoryMakers, the nation’s largest African American video oral collection. Baker also loved to read the encyclopedia and actively took part in his education, even trying to construct his own telescope. As a high school student, he had a good friend who wanted to attend the Massachusetts Institute of Technology and who encouraged Baker to enroll as well. Baker applied and was accepted into MIT. The summer before he started classes, he attended an interphase session to help prepare incoming students for the rigors of the institute. Baker met Professor Jim Gates, the first Black scientist he had ever met.

By CERN for the ATLAS and CMS Collaborations

Gates became an important figure for Baker. He encouraged Baker to stay with physics and now the pair are good friends. Once Baker graduated from MIT, he headed across the country to Stanford to study both physics and mathematics in the master’s program. Once he graduated in 1984, he immediately continued at Stanford with a doctorate in physics. There he studied under German physicist Walter Meyerhof, whom Baker describes as “tough and gruff.” When Baker approached the physicist to ask if he could do his research under Meyerhof’s supervision, the German gave him a physics problem to solve.

At first, Baker was stumped and confessed to Meyerhof he couldn’t find the answer. Meyerhof encouraged him to continue and Baker eventually solved it. When he showed his results to Meyerhof, Baker quotes the German professor as saying, “Oh, my compliments to you.” Then he gave Baker another problem. However, he also agreed to work with Baker on his dissertation. Years later, Baker learned through someone else that Meyerhof had tried to solve that problem on his own and failed.

Once Baker graduated with his doctoral degree, he went to Los Alamos to the National Laboratory, where he had the chance to study muon catalyzed fusion. Muons are subatomic particles that are heavier than electrons. If physicists are successful in replacing an electron with a muon, it draws the atoms’ nuclei much closer together and produces a large release of energy. Baker helped measure the “stickability” of this process, the likelihood that the muon would continue to catalyze other fusions once the first fusion happened. He found the work interesting, but once he finished his postdoctoral research, he was on the move once again, this time to Hampton University.

Hampton University is an HBCU, a historically Black college or university founded before 1964 with the goal of providing education to Black Americans. Baker joined another renowned Black physicist, Demetrius Venable. The physics department was performing well, but the nuclear and particle physics department was new, and Baker came on to help give the program a strong foundation. At the same time, he also had an appointment at the Thomas Jefferson National Accelerator Facility (J Lab) in Virginia, where he was able to participate in cutting-edge nuclear physics for 17 years. Baker helped build particle detectors at J Lab. This background would go on to serve him well as Baker pursued the Higgs boson.

In 2002, Baker won an award from the Physics Frontier Center that funded his research at $1 million a year. Through this, he was able to help build detectors at the CERN, the European Organization for Nuclear Research. It was here, in the Large Hadron Collider, with the detectors Baker helped build, the elusive particle was finally captured and its existence confirmed. For Baker, the discovery was both a culmination of over 20 years of research and a new beginning. “What’s exciting isn’t just the discovery of the Higgs boson, but the fact that this may be a portal to a whole new set of phenomena, a whole new world, and universal phenomena that we haven’t been able to access before,” Baker said in his interview with The HistoryMakers.

Baker has taught physics at Yale University since 2006 and is also the Director of the Wright Laboratory, where he works with a powerful particle accelerator and continues to study the dark matter of the universe. He has received many honors for his work, including the Edward Bouchet Award from the American Physical Society and the Elmer Imes Award from the National Conference of Black Physics Students and the National Society of Black Physicists. He was also inducted into the Arkansas Black Hall of Fame in 2006.

Quotes from this article are found in Dr. O. Keith Baker’s interviews with The HistoryMakers.