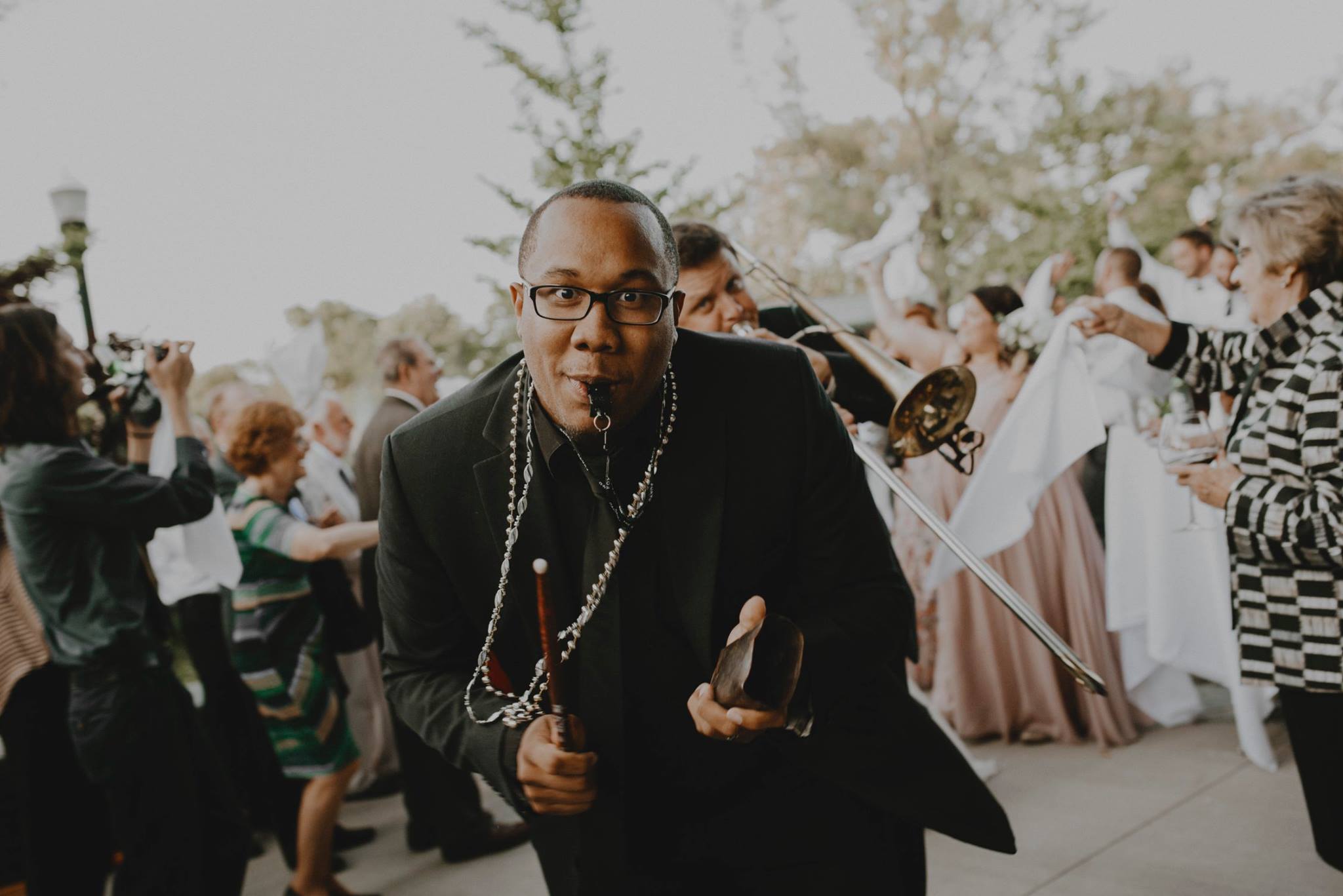 Life during COVID-19 has been difficult for people in a variety of industries, but it has been particularly tough for working musicians.

Most music venues have been closed for more than two months now, and though restaurants are reopening, performances are still prohibited in most instances.

But life goes on, and musicians, like the rest of us, are finding ways to adapt to the new normal.

Fayetteville musician Anthony Ball, known for his work as the drummer for Funk Factory and other local acts, and as the owner of Smoothman Music Production representing a host of local artists, is one of several local musicians that has found new ways to connect with audiences these days.

Ball has been rearranging his calendar that had typically been full of weddings, nightclub performances, and festivals to a new schedule of live streams and Zoom appearances.

He has also taken the time to ramp up his new non-profit organization called Music Moves, with a mission to promote African American music through programs, performances, and curriculum. The new organization plans to launch new programming to coincide with Black Music Month in June.

Ball and his team launched the organization last year, and hosted two events; a gospel music showcase called Gospel on the Green at Gulley Park, and a holiday concert special benefitting NWA Children’s Hospital and Fayetteville’s Shop with a Cop program.

We got in touch with Ball via email this week to learn more about the new organization, and how he’s navigating this post-COVID-19 world, and he was nice enough to answer some questions for us.

First of all, what have you been listening to lately?
Man, I been all over the place with my music. With having no shows and rehearsals, I’ve went back to hear the oldies like Muddy Waters (I just watched the Chess Record documentary again haha) and Johnnie Taylor, to my regular stuff like PJ Morton, Rick Ross, and Rick Dillard. My niece and nephews have been putting me on new artists like Billie Eilish, who is a little weird haha for I like to know it all, and some new rappers like DaBaby who is cool. Everybody needs to know the new soul singer, Yebba. She is a new hot artist that’s actually from Marion, Arkansas. She is touring with Sam Smith. Yeah, the quarantine list is all over the place, haha.

You have been moving and shaking in the local scene for years now. Tell us about some of the musical projects you have been involved in over the years, and update us on which ones you are involved in at the moment.
I moved to Fayetteville, AR in 2007 to attend the U of A, and start gigging a lot on the Dickson scene with my band Black Pearl and later toured with Kory Montgomery, Nate Hancock, and Andy Franco. I’ve worked with bigger artists like Myles Savage of The Platters, Paul Jackson Jr, Vernon Reid of Living Colour, and others. Now, I’m the owner and operator of Smoothman Music Production and played with our region’s hottest party band, Funk Factory and 412 West a southern rock group. My role in the community is kind of transforming from 100% musician to 50% musician and 50% show curator and producer.

Obviously, it is a tough time to be a musician with COVID-19. What are some of the most meaningful ways you can think of for folks to help support local musicians right now?
It’s very tough as a musician during COVID-19. However, there are several ways to help the musician and artist community. Musicians are doing a great job moving their art to the digital world. When you see it, like, share and comment. If they have opportunities to tip or donate, please do! It all goes a long way to, No. 1, lifting our spirits with the engagement and No. 2, helping us pay bills with the donations and tips is extremely valuable. I would also go a step further and say to our community people that’s in the bank and workforce world, please reach out to the musician community and share your resource opportunities. I’ve seen some (of that), which is awesome, and I’d love to see more.

Tell us a bit about your new organization Music Moves, and some of the projects you have in the works with it.
Our non-profit organization is called Music Moves. Our mission is to promote African-American music through programs, performances, and curriculum. We are launching this June during Black Music Month which was created by President Jimmy Carter in 1979 which celebrates the African-American musical influences that are an essential part of our nation’s treasured cultural heritage. We will feature blues, jazz, hip hop, soul, and more! We are also planning September, which Gospel Music Heritage Month. There was legislation passed nationally in 2008, and in 2011, Arkansas recognized September as Arkansas Gospel Music Heritage Month. We will also be programming during Black History Month and more. We will be partnering with Crystal Bridges, 105.3 KISS, KUAF, several Libraries, the University of Arkansas and others.

Aside from programs and performances, We are really excited about our curriculum. We will be working with kids from middle school to college-level in music education and history. It will be enriching and very engaging!

Black Music Month is coming up in June. Are you guys planning anything special to commemorate it this year?
Due to COVID-19, we are revamping our entire event calendar to a digital presentation. It was challenging, but fun! We’ve scheduled live-streamed performances of blues, jazz, gospel, hip hop, and soul music with amazing artists all over Arkansas. Some of the artist you may be familiar with is Blues artist Ocie Fisher, local favorite Funk Factory are doing a tribute to Black Music, and Robert Block, jazz trumpet player of Central Arkansas will do a tribute to Miles Davis and Ella Fitzgerald. We are also bringing Tim Rogers & The Fellas, a traditional quartet gospel group. They are a national recording group based out of Blytheville, AR, and one of the top gospel groups in the country. For my Hip Hop music lovers, we are doing an every Friday series showcasing the hottest undiscovered Hip Hop artist.

I’ve been seeing folks sharing the 10 albums that are most influential to them online lately. What are some of the records that would be on your list?
This is going to be tough! I love so many, but many of these have stories behind them. The most notable is #1 is a Temptation album. When I was in the 9th grade, I bought a CD player and speaker system and it was one of the first albums I bought. Years later, I got to play with one of the Temptations groups in Alma, AR for a passing through show date.

What are some other local acts that you think deserve more attention right now?
I’m biased, but Kory Montgomery has one of the greatest records, self-titled “The Kory Montgomery Band”, to come out of NWA. He is in Denver now but he has a Razorback tattooed on his calf. He loves this state will forever be an Arkansas boy. I’m a huge fan of Anna Elizabeth from Handmade Moments. Her voice is unbelievable! I think “Sluyter” is a group to look out for also. Their writing and vocals are AMAZING! Oh man, Groovement too! I’m going to get in trouble, I know it. Hahaha. I think about this often actually.