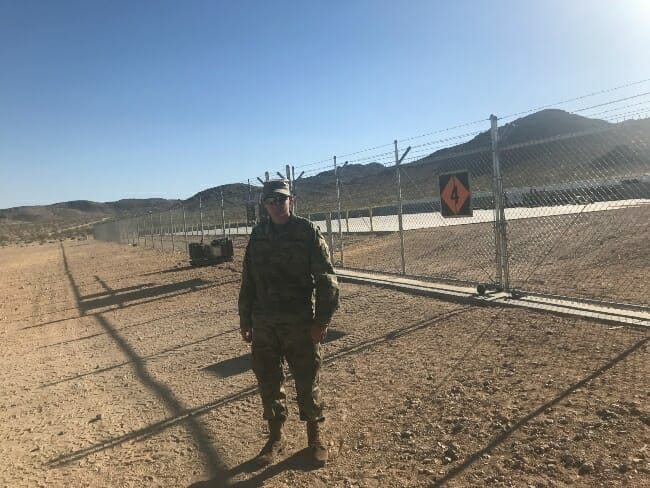 Brady Dugger grew up in Springdale, where he played football for Har-Ber High School and graduated in 2017. He then made the decision to join the U.S. Army. Dugger traveled to California and spent three years serving his country before returning home to Springdale.

Dugger was classified as an 11B Infantryman, where he served in the Global War On Terrorism (GWOT) campaign. Dugger was stationed at Fort Irwin, California. In his role, he trained units of soldiers preparing to deploy to other stations around the U.S. and the world. Dugger’s natural leadership abilities shone through as he was made a team leader. He was in charge of four to five other soldiers at a time. He earned the rank of Specialist E-4, which is the highest rank for junior enlisted recruits.

While serving at Fort Irwin, Dugger had the chance to get his Federal Aviation Association drone pilot license and he enjoyed flying drones as part of his assignment. Dugger has a special memory of welcoming Vietnam veterans to Fort Irwin when they came for a visit. Dugger got to escort the veterans around the base. The veterans served in the exact unit Dugger was currently in, and even drove the same vehicles in Vietnam. Dugger says, “One of (the veterans) even showed me where he carved his name on the inside of one of the vehicles.”

The appreciation that Dugger had for these veteran soldiers that came before him is the same attitude he carries today in his role at First Security Bank.

Dugger is currently pursuing his associate degree at Northwest Arkansas Community College and hopes to transfer to the University of Arkansas to earn his bachelor’s degree in Accounting in 2023.

First Security Bank is grateful to Brady Dugger for his service to our country and how he serves our customers every day.