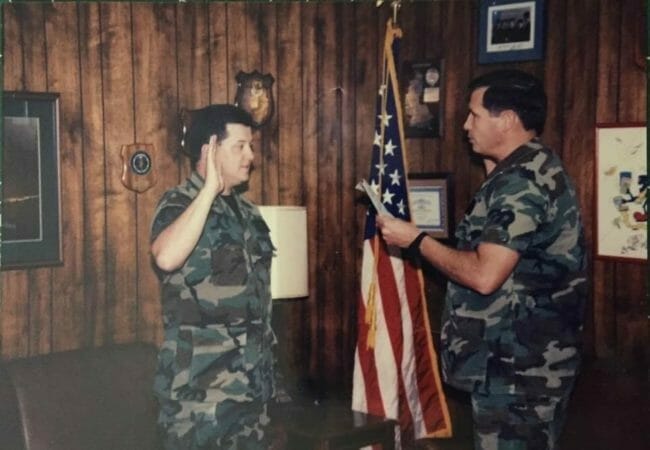 Jeffrey Griffith joined the United States Air Force in 1991, and in a military career that spanned 20 years, he served in 11 different countries. In his role in Inventory Management Supply, he issued everything from pencils to rifles. Supply management includes a wide variety of inventory and an ability to jump into many roles. Jeffrey performed computer stock control inventory and handled equipment at physical warehouses. Some of that equipment included hazardous materials.

He also issued equipment to airmen, including handguns, rifles and other firearms, chemical warfare equipment, uniforms, office supplies and heavy specialty equipment used for flight line operation during deployments. It takes all kinds of equipment to run the Air Force, and Griffith was familiar with all of it.

Jeffrey also worked closely with personnel by providing support for flight line personnel and their aircraft, as well as managing personnel to issue much of the equipment.

During his long career, Jeffrey was involved in two different operations, as well as other assignments far from home. He first served in Operation Southern Watch in 1994. He assisted in closing down the King Khalid Air Base. He then spent a portion of 1996 in Kuwait at Al Jaber Air Base and served at Eskan Village in 1998 in Riyadh, Saudi Arabia.

The turn of the century found Jeffrey on a short tour to the Republic of South Korea. In 2002, he spent time in both Pakistan and Oman at different airbases.

Jeffrey served in Operation Enduring Freedom in Qatar from December 2003 to May 2004, and then served in the same operation in Kyrgyzstan for the remainder of 2004. He deployed again in January 2006 to Baghdad International Airport. In 2007 he was assigned to Balad Airbase in Iraq, where he served from August 2007 until February 2008. In August 2008, he returned to the base until December.

In his long career, the air force took Jeffrey Griffin all over the world and made him a jack-of-all-trades in inventory management supply. First Security Bank is grateful for Jeffrey’s service and how he continues to serve us in Arkansas in his position in Little Rock.