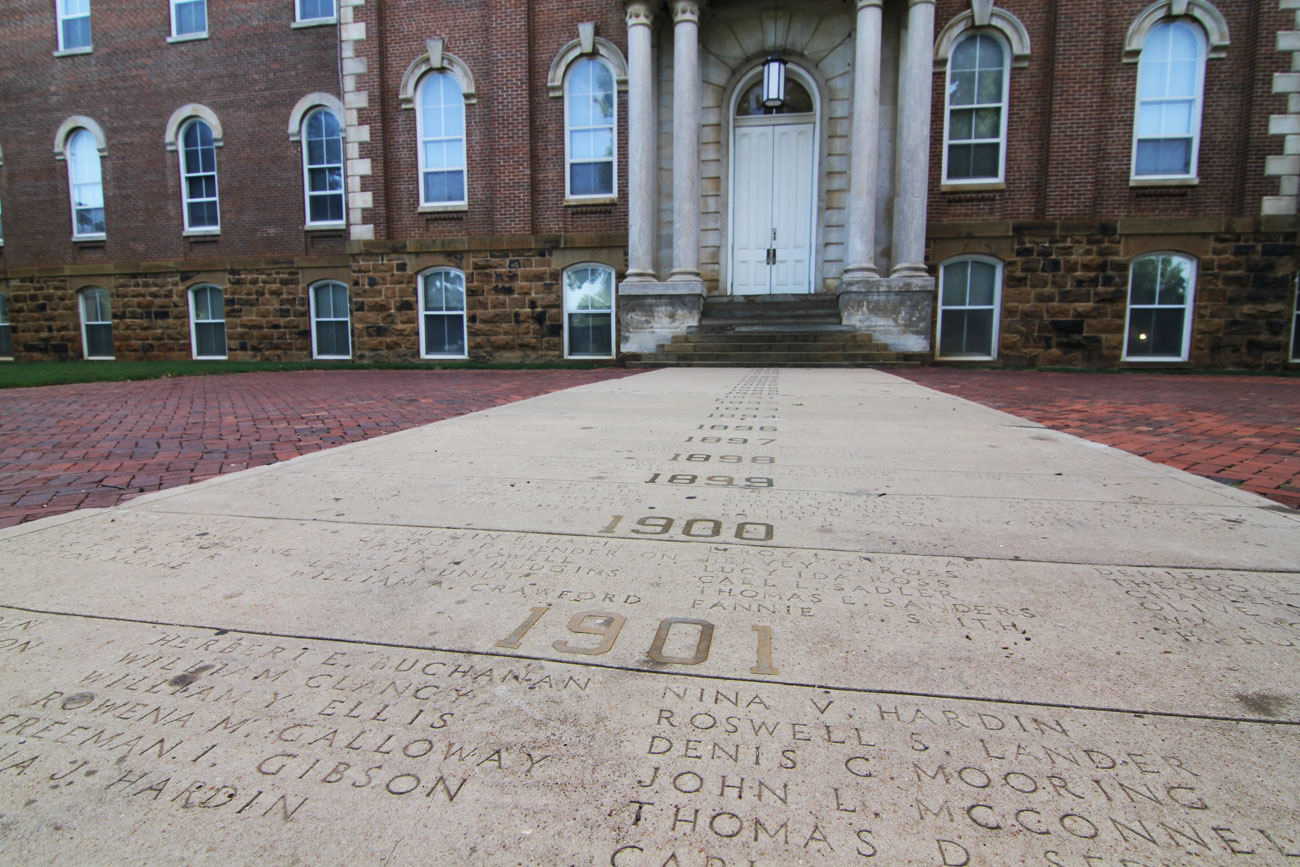 It originates in front of Old Main and then zig-zags its way all over the university grounds spanning more than five miles.

It includes around 150,000 names, and documents over a century’s worth of graduates of the state’s flagship school.

It’s the Senior Walk, the 110-year-old tradition of engraving the names of graduates into the sidewalk at the University of Arkansas.

The tradition is as unique as the Hog Call to the University of Arkansas, as there is nothing like it at any other college in the world.


Nettie Barnett is the first name listed on the Senior Walk in the class of 1876.

The University of Arkansas was established by the Arkansas legislature in 1871, and the first students attended class at the UA that next year, in 1872.

The first graduates of the UA, and therefore the first names engraved on the Senior Walk, were from the 1876 class.

The name listed first, right at at the top of the class of 1876, and nestled at the foot of Old Main, is Nettie Barnett.

By all accounts, however, it was the 1905 class that was the first to actually engrave their names into the sidewalk on campus, and the earlier classes were added later.

There have been different accounts as to how Senior Walk began; the most common is that it was begun by the Class of 1905. A few years later, the class of 1904 added their names on the sidewalk. Each graduating class since then has had their names engraved in the walk. In 1930, slabs were placed for all of the graduating classes prior to 1904

But for trivia purposes, it looks like Bertha Abercrobie, B.A., class of 1905, might have been the first name engraved on the walk.

Each year, a new section of Senior Walk is built by UA physical plant staff. The process typically takes place in the summer, when the staff builds a section with the names of the previous year’s graduates.

University of Arkansas spokesman Steve Voorhies said the process to create a new section – from tearing up the old concrete, pouring new concrete, curing it, and sandblasting the names into it – takes about 60 days.