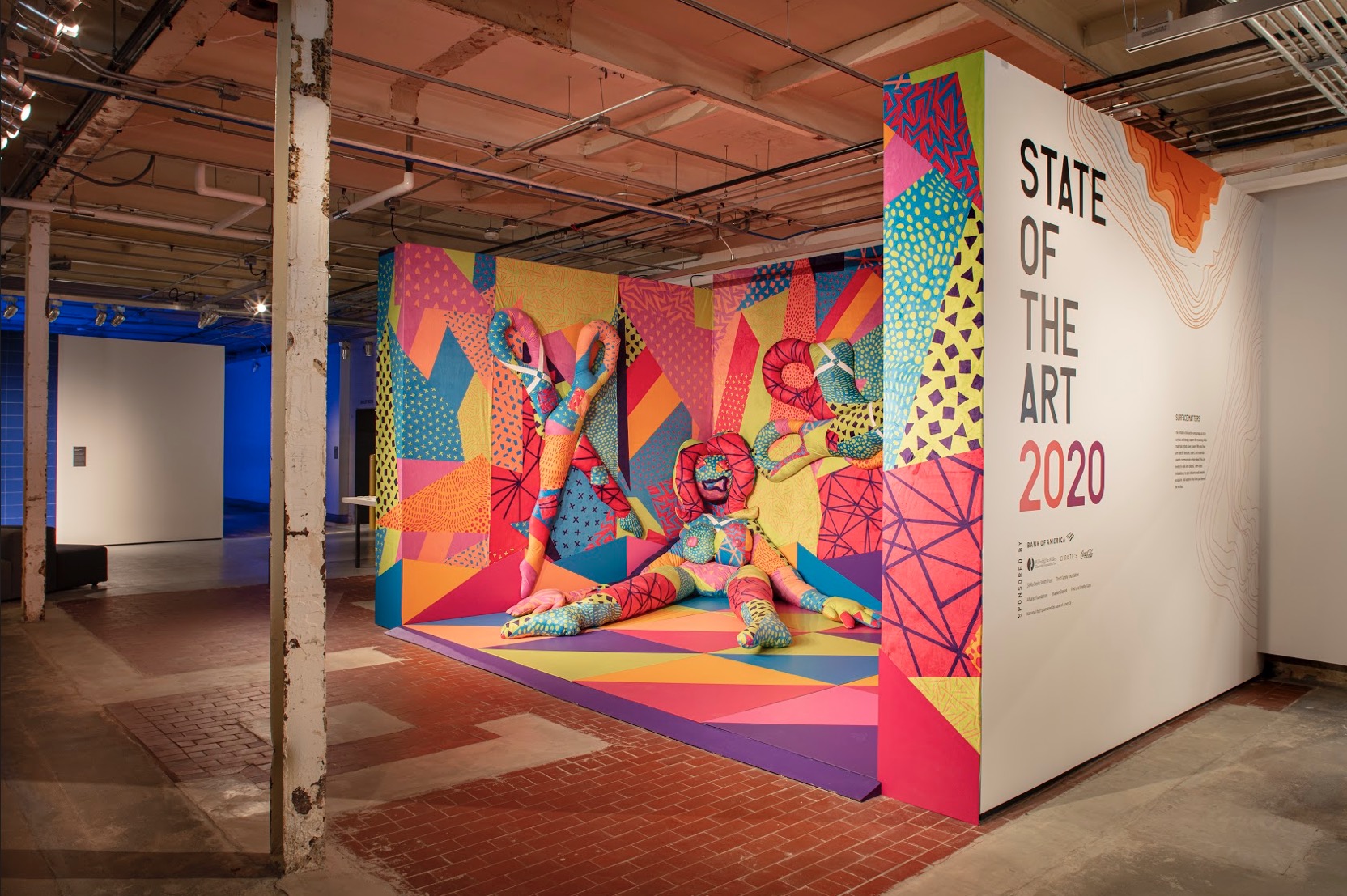 The opening of The Momentary comes after some years of anticipation. The contemporary art museum opened to its members on Friday and to the general public Saturday with a series of performance art pieces and concerts in the various spaces of the museum, constructed within and around a former cheese factory located southeast of the Bentonville square. The airiness of the museum is apparent immediately upon entering. The various nooks and crannies that would have served as different parts of the commercial cheese-making process now house art, music spaces or eateries. The plant’s original breakroom, for instance, is now home to a restaurant called The Breakroom. And near what would have been the plant’s loading and unloading dock is a new Onyx Coffee Shop, clad in pink hues and featuring a conveyor belt for coffee delivery.

There are many rooms to explore at The Momentary, a given considering the 63,000-square-foot floor plan. Art is almost everywhere, from a third-floor atrium to what had to be a broom closet or storage space of some kind.

All of the space is consumed by “State of the Art 2020” right now. Like its predecessor exhibit, it features contemporary art from yet-unknown artists around the United States. Crystal Brides/The Momentary curators traversed the country for the exhibit, visiting dozens of studios along the way. Some works came from as far away as places such as Spotsylvania, Virginia, while others came from as close as Fayetteville. Several pieces by Anthony Sonnenberg, currently a Visiting Assistant Professor in Ceramics at the University of Arkansas, were included among the selected works. Sonnenberg will lead a conversation about his work in the gallery space on March 14.

A trio of “State of the Art” curators, none of which helped assemble the first round, have been crossing the country looking for artists with potential. Lauren Haynes, Allison Glenn and Alejo Benedetti first emailed curators at other museums to look for leads. They then crossed the country to visit studios and soak in what artists were saying about the current state of the art in the country. Haynes said the curators resisted making prejudgments about the kind of art they might find and let the show develop around what’s being made in this moment.

“It’s about going to different parts of the country and seeing how the artists work,” Haynes said. “I want to be surprised.”


Curators (from left) Allison Glenn, Lauren Haynes, and Alejo Benedetti traveled thousands of miles to find the artists included in “State of the Art 2020,” which opened Friday. They are pictured here inside The Momentary. Photo courtesy of Crystal Bridges Museum of American Art.

The new exhibit features 61 artists working across all media and styles, each made since the first show debuted. Many were made specifically for the new exhibit space. The works align into several loose themes, such as disruption and creating a sense of place. Other unstated themes are present as well. Racial tension remains prominent, and works like Paul Stephen Benjamin’s “Summer Breeze,” a series of televisions playing snippets of a young black girl on a backyard swing set while part of the chorus to Billie Holiday’s “Strange Fruit” plays in unison, will haunt you.

The moment is nearly here. The Momentary has announced several of the...