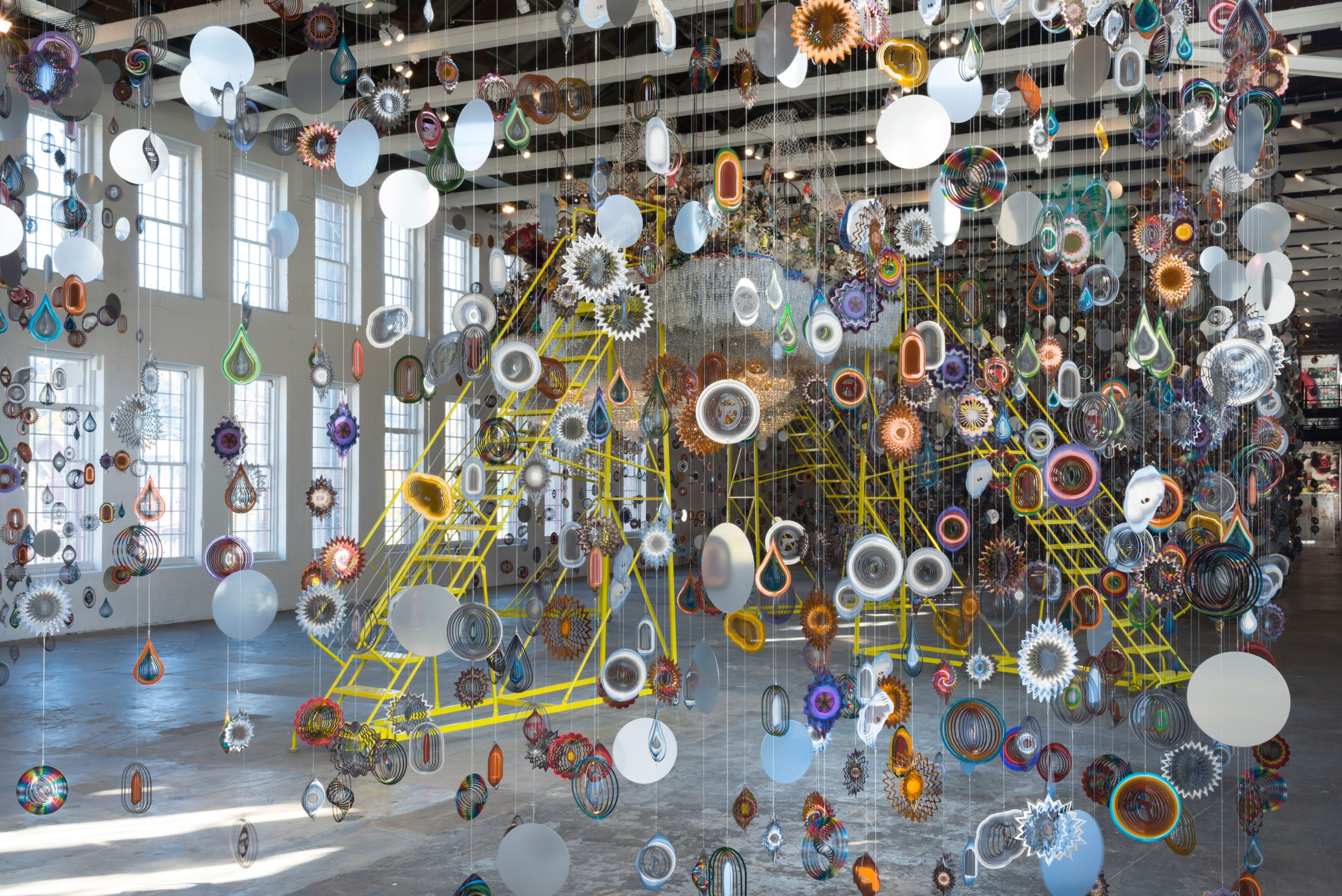 The Momentary last week announced some updates to their 2020 schedule, including plans to unveil some new work at the contemporary art space in the coming months.

The facility, a satellite of Crystal Bridges Museum of American Art, reopened to the public officially on June 10.

Starting in September, the Momentary will be home to Nick Cave: Until. The installation, considered Cave’s most ambitious yet, will take up the full 24,000 square feet of gallery space at the facility.

The exhibition, Cave has said, began with the question “Is there racism in heaven,” and his response is the work made up of thousands of wind spinners featuring images of guns, bullets, and targets along with “a cloudscape encrusted in ceramic birds, bearded flowers, and cast-iron lawn jockeys.”

Until has previously been on display at MASS MoCA of North Adams, Massachusetts, Carriageworks of Sydney, Australia, and Tramway of Glasgow, United Kingdom.

The exhibit will be at the Momentary from Sept. 12-Jan. 3.

Two new visual art projects were also announced last week, and are now on view at the Momentary.


Ivan Navarro: “This Land Is Your Land”. Image courtesy of the artist and Kasmin Gallery. Brooklyn-based Chilean artist Iván Navarro’s series of water towers called “This Land is Your Land” is on view outside the Momentary in the north courtyard.

The piece, inspired by Woody Gutherie’s iconic 1940 song of the same name, examines the history of migration in the Americas and the United States. Navarro said water towers were a symbol of hope and opportunity during the Great Depression for nomadic workers.

“Every time they saw a water tower, they jumped out of the train because it signaled economic activity in that town,” he said.

The three towers from This Land Is Your Land are elevated to a height above visitors’ heads, allowing them to walk underneath and look up into each sculpture to view repeated messages that are inspired by Navarro’s personal history as an immigrant. The interior of one tower features the words “me” and “we”, another the word “bed”, and the third displaying the image of a ladder—all of which are composed of neon light. According to the artist, “Bed” recalls our most intimate form of inhabited space, the ascending ladder symbolizes progress, while the inverted words “me” and “we” reference Guthrie’s call for collective belonging.