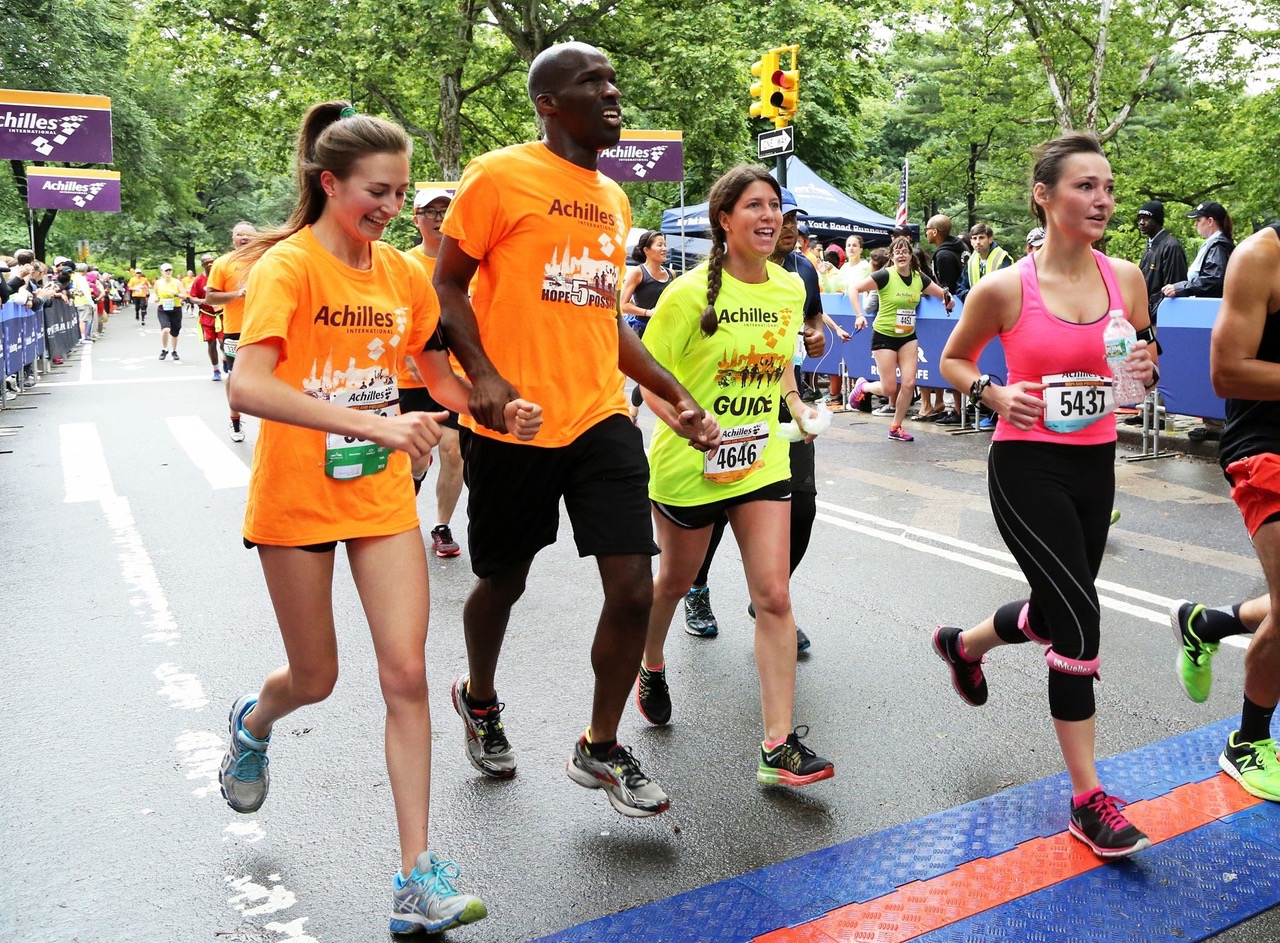 Achilles Arkansas is ready to run, walk and roll.

The mission of Achilles International, the parent chapter of this Fayetteville organization, is to transform the lives of people with disabilities through athletic programs and social connection by enabling people “with all types of disabilities to participate in mainstream athletics.”

The Achilles International program was started in New York by Dick Traum in 1983. This was after he became the first amputee to complete the 26.2-mile New York City Marathon in 1976.

Since that first chapter was established, more than 65 chapters have been started internationally and within the United States, supporting 150,000 athletes of all ages and ability levels to participate in endurance events around the globe.

Dean, an occupational therapist who lived in New York City for five years stumbled across the New York City chapter by chance. While going for a run in Central Park, she saw the group and immediately took an interest.

Her professional background as an occupational therapist and her love of running drew her to the organization. Dean started volunteering and through that program ran two marathons as a guide to a runner with a visual disability.

After Dean moved back to Arkansas, she saw the wealth of great running trails and biking trails but noticed a lack of opportunities for individuals with disabilities. So, she decided to start an Achilles chapter here. Her positive experience with the group in New York helped her to know that there was a need. She called the central office there to get the process started.

Two days after Dean called, Elise Wyatt, also a Northwest Arkansas resident, called to inquire on how to start a chapter. The two had never met. After getting together, they got the organization rolling as co-founders and started meeting Saturday mornings at Lake Fayetteville.

Achilles Arkansas is organized to where volunteers are paired with an athlete who has a disability and acts as their partner and guide for their individual workout. The volunteers become a buddy and support for the Arkansas participants. Each workout is varied and catered to the individual with a disability. On a typical Saturday in Fayetteville, there are 20 volunteers who show up and approximately 10 individuals with disabilities.  Many of the participants have run in their very first 5k, 10k, or even half marathon after being a part of the organization. The group is inclusive for all abilities and anyone is welcome to join. Though it is targeted toward adults with disabilities, younger participants are not turned away.

Achilles Arkansas has been successful in getting the equipment needed for several athletes. They have been able to help acquire handcycles, prosthetics, and even side-by-side bikes that enable them to be active ad participate. But this is an organization set up to truly help and serve others in more ways than physical activity. Social support and encouragement alone are a valuable asset to anyone.

How to Get Involved

Volunteers are needed and always welcome. In addition to running or walking alongside an individual, they take pictures, fill water bottles, help get the necessary equipment and act as encouragers and supporters for everyone.

During the school year, the majority of volunteers are university students, but when the university is on holiday breaks, Achilles Arkansas needs more local help. They meet on Saturdays at 9 a.m. and it only lasts about an hour. This would be a great way to get involved in the community and support others.

A little about Amanda Farris.

Arkansas Women Blogger member Amanda Farris is a wife to her super hero hunk of a husband and a mother to 3 little kiddos. She is a teacher/coach who hung up her coaching whistle after she got promoted to motherhood. She is a runner who loves all things sports and outdoors. She loves long coffee chats with her husband,fresh flowers on her table, and hosting game nights. Her friends would call her a "gatherer of people" who loves building genuine community. She's just Living the Adventure!. You can find her occasionally blogging at amandafarris.org.

October is the time for a memory-making, nostalgic trip to the pumpkin...

June 3 is an EGGcellent day in Arkansas! According to the United Egg...