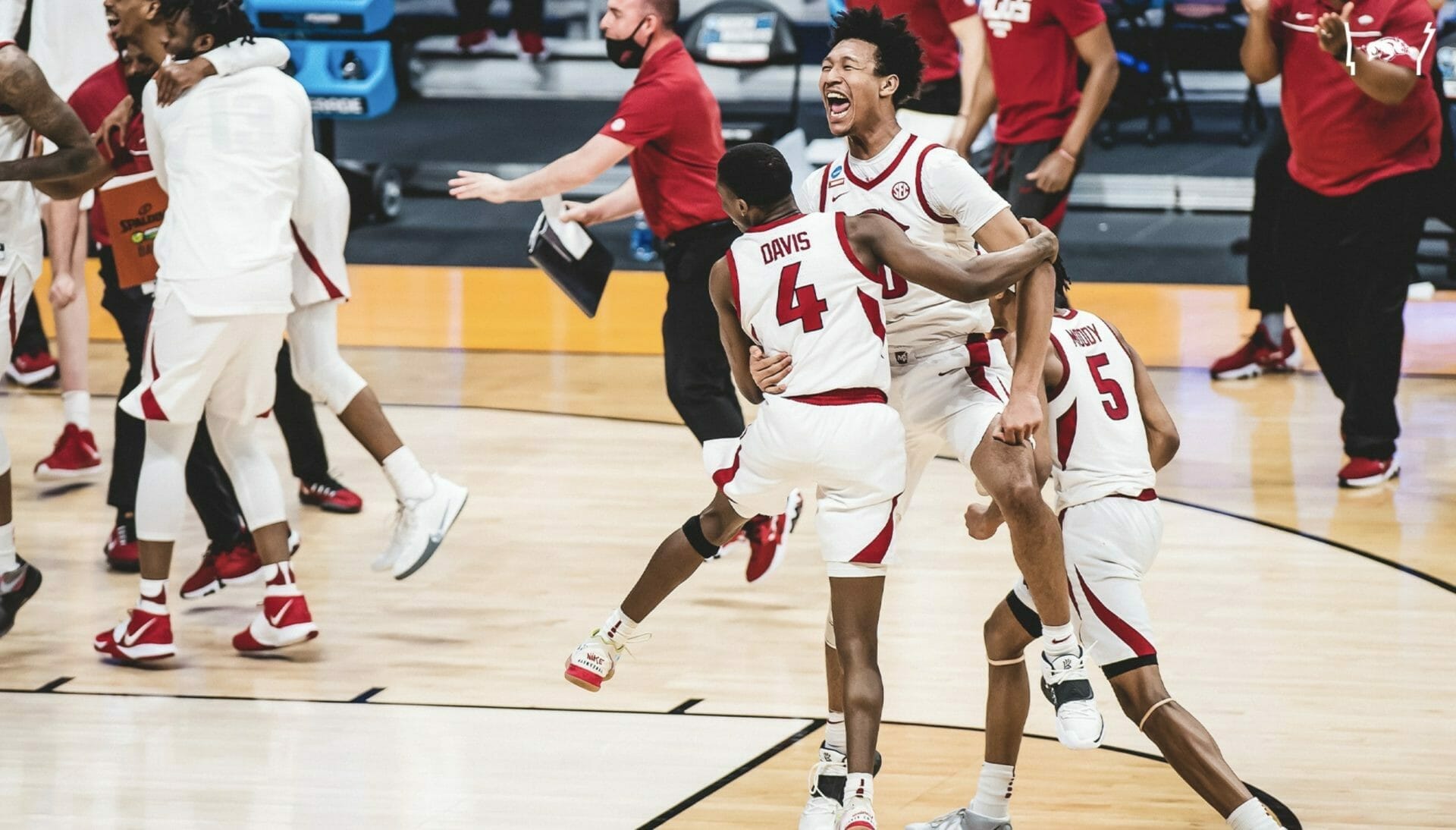 How sweet it is for the Arkansas Razorbacks to be back dancing in the Sweet 16 again after a quarter-century absence. Some of us have gone from young to middle-age or even old since we last experienced the Hogs escaping from the second round of the NCAA Tournament. After such a draught, it might be hard for younger Hog fans to believe that for a shining time from 1989-1996 the Razorbacks advancing to the Sweet 16 was almost a rite of spring. Nolan Richardson guided the Hogs to Regional semi-finals six out of seven seasons back in the heydays of Hawg Ball. For Razorback fans who experienced those hallowed days, the Hogs are finally back to where they belong, thanks to a phenomenal coaching job by second-year head coach Eric Musselman and his staff and the ever-improving play by the Razorbacks.

Much was made of the struggle the Razorback football team had while playing through a pandemic. Take nothing away from coach Sam Pittman, his staff, and players. They showed a ton of heart and fight last fall. However, Musselman’s Hogs have shown just as much grit to grind their way through a full basketball season — minus a couple of games lost to Covid conditions at other schools — and to advance to the second weekend of the NCAA Tournament. Just being in the NCAA bubble in Indianapolis is a challenge for players, coaches, and staff members who have been physically isolated from family and friends since March 14. The Hogs haven’t slept in their own beds since leaving for the SEC Tournament on March 9.

In the Indy Bubble the players, coaches, and staff are confined to their hotel rooms except for practice, media obligations, meals and an hour-a-day of outdoor time. It’s not prison, but it’s not exactly the freedom and experienced players in the past have enjoyed while competing in the NCAA Tournament. Athletes are, in general, disciplined people who do well under regimented circumstances. So the Hogs and the other teams quarantining for the NCAA Tournament are likely functioning better under the circumstances than those of us who live less regimented lives would. But it still ain’t easy. It has to be great for some of the Razorbacks to know their parents and loved ones are getting to see them play. However, they really can’t visit with them in person because of the quarantine conditions.

So often athletics and military service are compared. The roots for the conditioning we see in most collegiate sports were derived from the physical training for soldiers from World War I and II. Coaches took what they learned in military service and tied it to athletic training. It’s been passed down and greatly refined ever since, but the boot-camp roots are still there. The Razorbacks and the 15 other teams left standing in the NCAA Tournament are getting a very real sense or feel for what military life is like if only to a small degree.


Justin Smith led the Hogs with a career-high 27 points and 12 rebounds in a win over Colgate in round one of the NCAA Tournament. Photo: ArkansasRazorbacks.com.

It’s going to be interesting to see exactly which teams thrive under these conditions and which teams don’t. There have been some stunning upsets in the tournament this year, few that anyone would have predicted. Possibly the way the players are living in the NCAA bubble is having an effect on the outcome of games?

Life in the NCAA bubble is demanding a level of mental toughness that has never been present before. One thing we’ve heard from the players recently is how “connected” they feel while playing. I’m guessing that bond reaches beyond the basketball court, too. For the lack of a better term, perhaps the Hogs have become a band of Razorback brothers throughout this season, forging closer bonds because of Covid-19 precautions and conditions. Maybe that bond is paying off at just the right time. 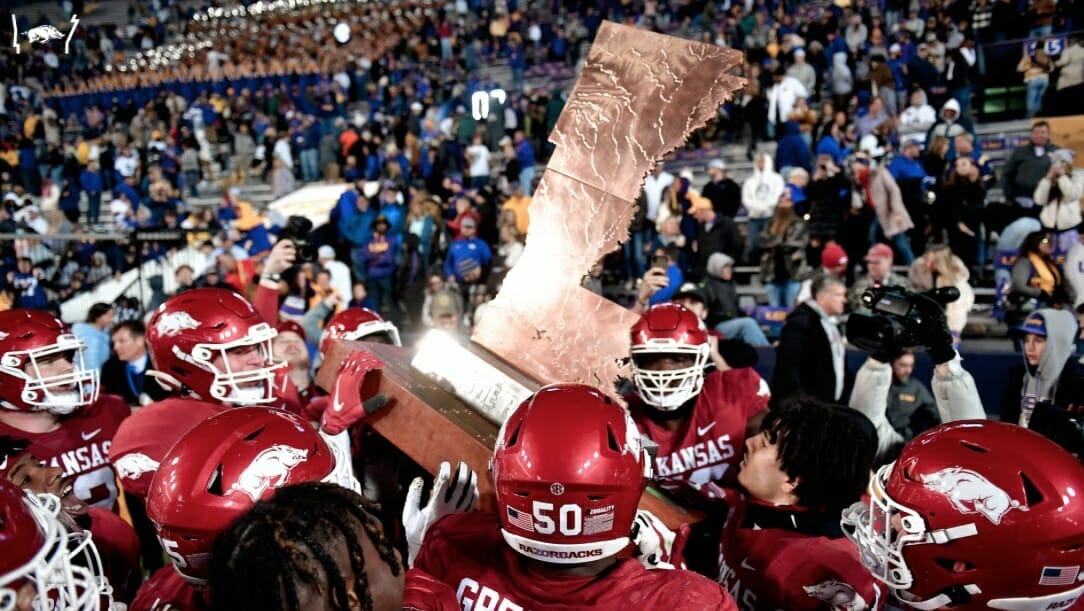 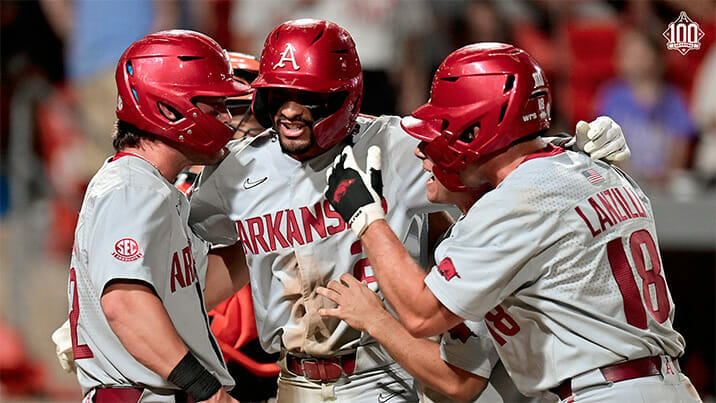 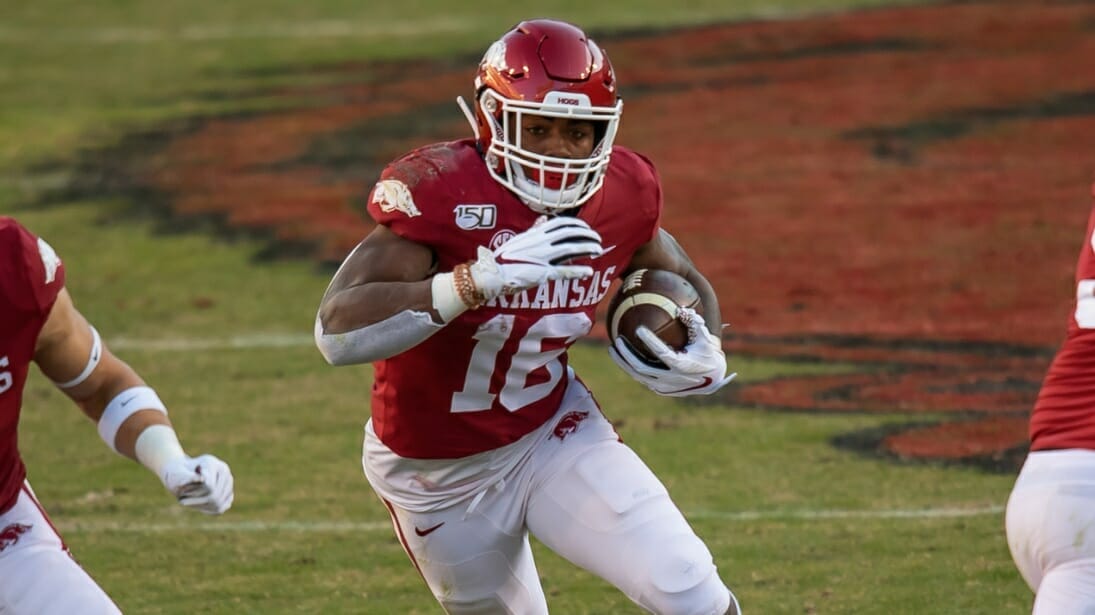