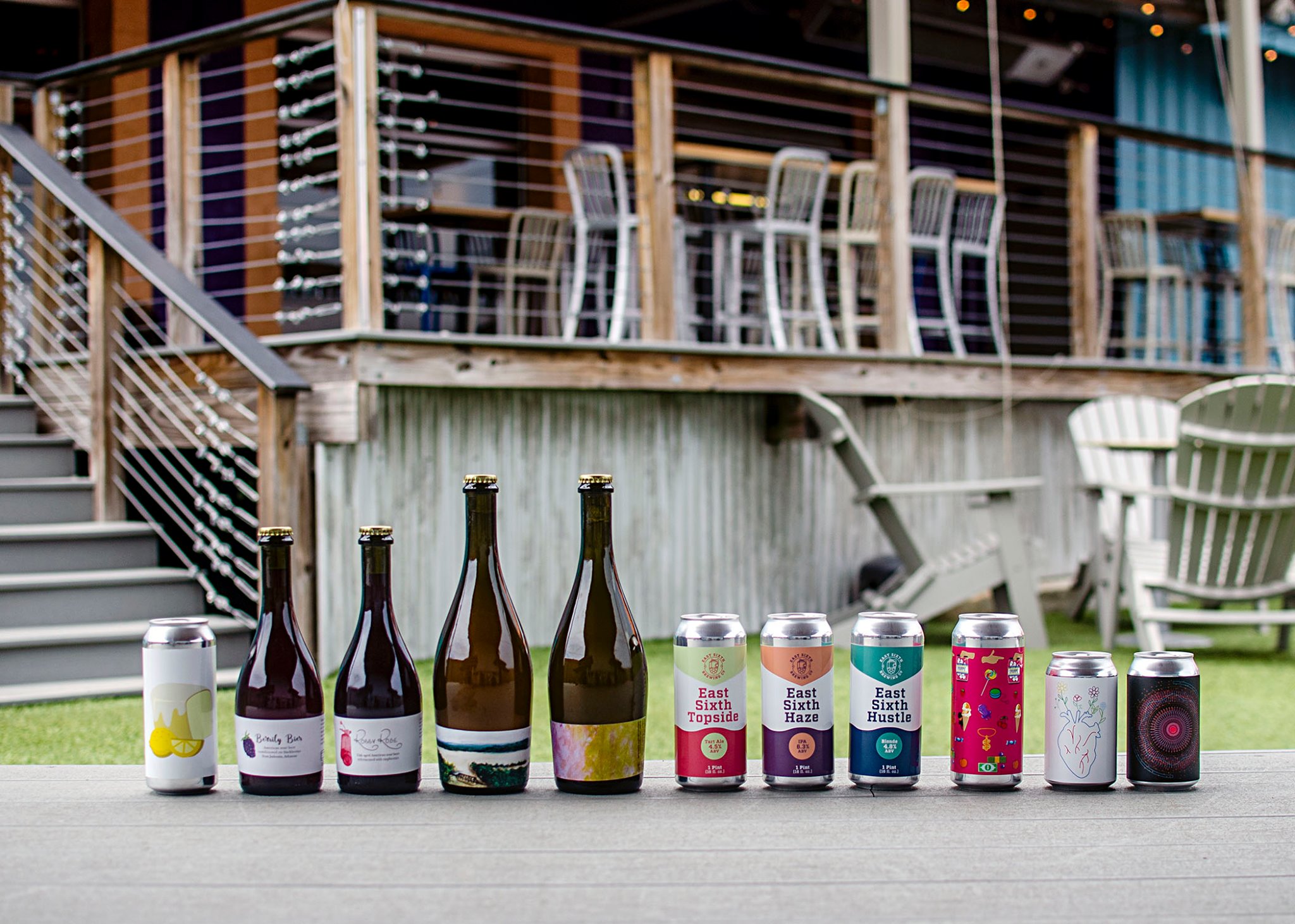 Gotahold Brewing opened in Eureka Springs on July 2. The brewery is co-led by Dave Hartmann, a graduate of UC Davis’ brewing program. His resume includes stops at breweries in California, New York, Vermont, Wisconsin, and Germany. Also running the show at Gotahold is Hartmann’s wife Wendy Reese Hartmann, an author and longtime health and fitness professional. She has a decade of experience in the brewing industry and is a level one Cicerone (a certification for beer professionals). Theirs is the second brewery in town. Eureka Springs Brewery opened in June 2019.

Point Remove Brewing Co. in Morrilton is aiming for a fall start inside a retrofitted Coca-Cola bottling facility. The taproom and patio are nearly complete, though an opening date has not been announced. Point Remove plans to install enough brewing equipment to brew and package beer for other breweries on a contract basis. It is a practice that is fairly common across the U.S. brewing industry, though it’s somewhat new here in Arkansas.

Burks Brothers Brewing is also making progress down in Bryant. The family-run brewery is led by father Jesse Burks. The name of the brewery is a nod to his three sons — Harley, Gunnar, and Jaeger. No word on an opening date.

There are whispers of at least two other brewery projects in Arkansas.

According to a story in Arkansas Money & Politics, the Saracen Casino Resort — a $350 million casino hotel and event center slated to open in Pine Bluff this fall — will have an in-house brewery. And it also sounds like a brewery is in development in Trumann, a town of 7,000 people in far northeast Arkansas.

One of the most heralded beers in Arkansas is Ozark Beer Co.’s Bourbon Double Cream Stout (or BDCS for short). Craft Beer & Brewing Magazine rated the 2018 version a 99 out of 100. Each year’s release is a much-anticipated event due to the sheer quality of the beer and the high demand/limited supply.

Ozark was taking pre-orders for BDCS earlier this week, but the online allotment sold out in less than 48 hours. Pickup for those lucky enough to get their orders in begins on Aug. 1. A limited supply of what co-owner Lacie Bray describes as a “bourbon-soaked brownie” will start appearing in the local retail market on Aug. 3.

Simply put, BDCS is a beer to look for over the next several weeks.

A popular Little Rock brewery changed its name last month. Rebel Kettle Brewing Co. switched to East Sixth Brewing Co., a reference to the road in front of the brewery. The change comes on the heels of co-founder and brand visionary John Lee’s departure back in March.

It’s unclear how or why Lee left, but his exit undoubtedly signaled a new era for the four-year-old brewery. Out is the Rebel Kettle name, as well as the cartoon mascot “Johnny Two Pints” and popular beers like Easy Roller IPA and Working Glass Hero. East Sixth now sports a pastel color scheme and brand-new recipes from brewers Josh Davis and Mark Sniff.

The virus is still on the uptick across Arkansas, and there are plenty of consequences to be faced by the brewing industry.

Apple Blossom Brewing Co. closed in June following a seven-year run. The north Fayetteville brewery was a part of a major wave of breweries opening across Arkansas in the early 2010s. The business was recently listed for sale by Aegis Business Advisors. It seems like a good value for a turnkey operation in a prime location. There are rumors that a prominent local businessperson is in talks to buy the brewery. It’s not clear how serious those discussions are, or what direction he might take Apple Blossom if a deal goes through.

Over in Siloam Springs, Ivory Bill Brewing Co. closed its taproom for onsite consumption. “We have decided to continue to focus on growler sales to-go and we’re pausing our efforts to reopen the taproom until the time when new coronavirus cases in our area have slowed down,” reads a post on the brewery’s Facebook page.

Superior Bathhouse Brewery in Hot Springs took things a step further and closed down completely out of what it calls “an abundance of caution” following possible staff exposure. The resort town attracts throngs of out-of-state visitors, which also contributed to the brewery’s decision.

Fortunately, the news isn’t all bad.

West Mountain Brewing Co. is taking advantage of a recently-amended Fayetteville ordinance that now allows businesses to set up sidewalk cafes. According to a post on its Instagram account, the long-time pizza pub is adding seating right in front of the windows that look into the brewhouse. Sidewalk seating is a welcome addition to the downtown square, especially when beer is involved.

In Mountain Home, Rapp’s Barren Brewing Co. started renovations on a historic downtown building that will serve as the brewery’s new home when finished next year. The move will allow Rapp’s Barren to upgrade from a one-barrel brewhouse to five barrels.