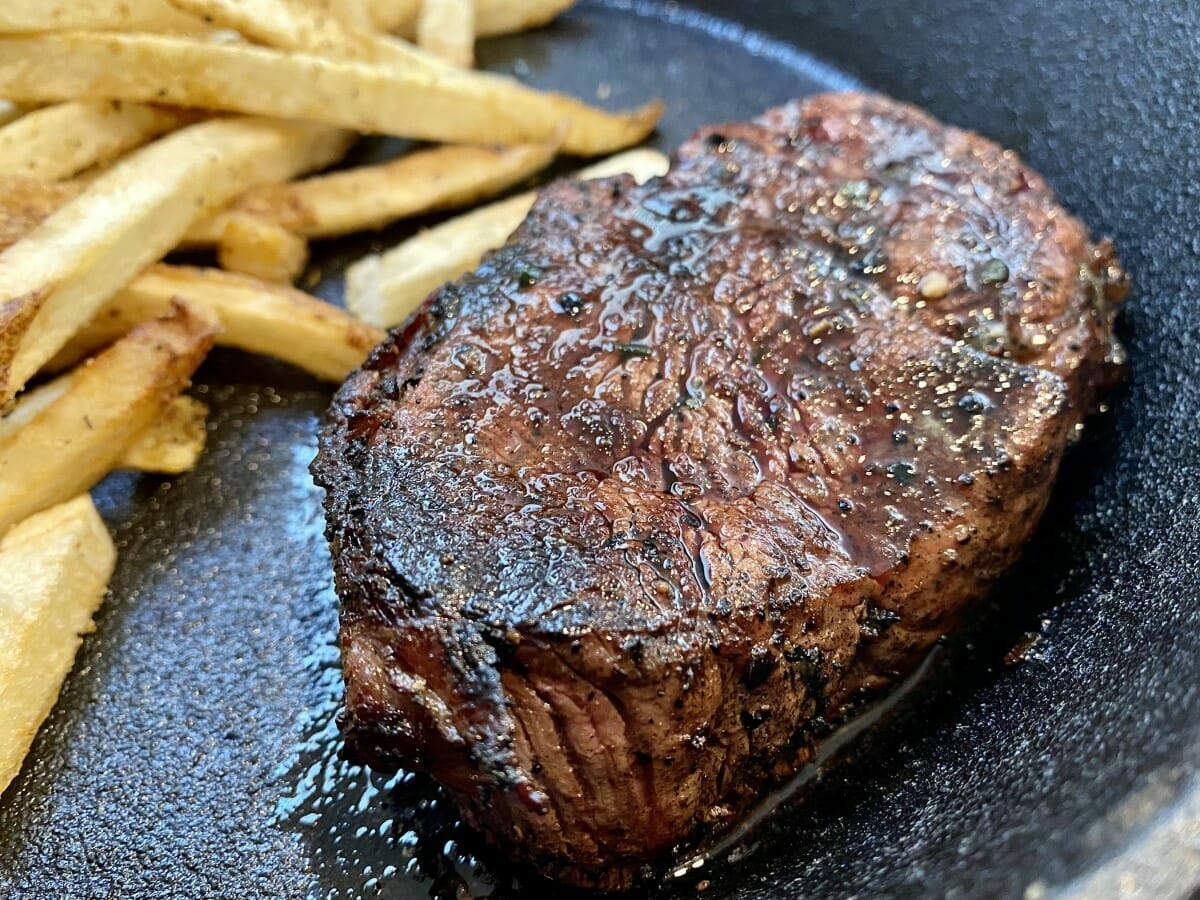 When you walk into a restaurant named Feed Trough Steakhouse & Meat Market, you better be prepared to eat. This was the case a few weeks back when a buddy and I visited the still fairly new eatery in the South Arkansas town of Monticello.

This marked my first time eating anywhere in Monticello, a town I typically drive straight through on the way to Louisiana, but Feed Trough came highly recommend and a Saturday fall day trip sounded like a great idea.

Feed Trough is certainly a sizeable restaurant. It’s clean, bright, and adorned with cattle decorations throughout. Turn left as you walk through the door and enter the meat market area. From the looks of it, that part of the business is still being developed. A buffet, which is used for Saturday breakfast and Sunday lunch, sits in the middle of the restaurant. All the seating is to the right and rear of the building, and I imagine it fills up for an early breakfast or Friday night dinner service.

Things were fairly quiet at 11 a.m. on a Saturday, but by the time we left an hour later, the restaurant was starting to fill up with folks. Between that time, my friend and I loaded up on some of the meat-centric menu items, including a cheeseburger, filet mignon, and Turkey Bacon Ranch sandwich.

I am a sucker for French onion soup and a cup of that ended up on the table as well. The beefy broth was loaded with tender onions and topped with melted, stringy Swiss cheese. I would order this soup again. The same could be said about the 8-ounce, medium-rare, bacon-wrapped filet, although I wasn’t the biggest fan of the accompanying side of French fries that were in desperate need of a double fry job to achieve maximum crispiness.

Besides the friendly, downhome service, the biggest hit of the lunch proved to be the cheeseburger, a straightforward offering highlighted by a soft, sesame seed bun and a hand-formed beef patty that came topped with lettuce, tomato, mayo, and pickles. It was a tasty burger and one I highly recommend ordering on your next visit. The Turkey Bacon Ranch sandwich, which our server declared to be one of the more popular menu items, definitely satisfied, but it was just not in the same ballpark as the burger.

All and all, our lunch at Feed Trough Steakhouse & Meat Market was a hit. However, one of these days I need to find myself down in Monticello during breakfast time. Something tells me that the buffet is something to behold. If not breakfast, ordering off the dinner menu—one filled with steak options, pasta, burgers, and fried catfish–also looks pretty tempting.

Whatever the time of day, one thing is for certain when dining at Feed Trough: you will not leave hungry.