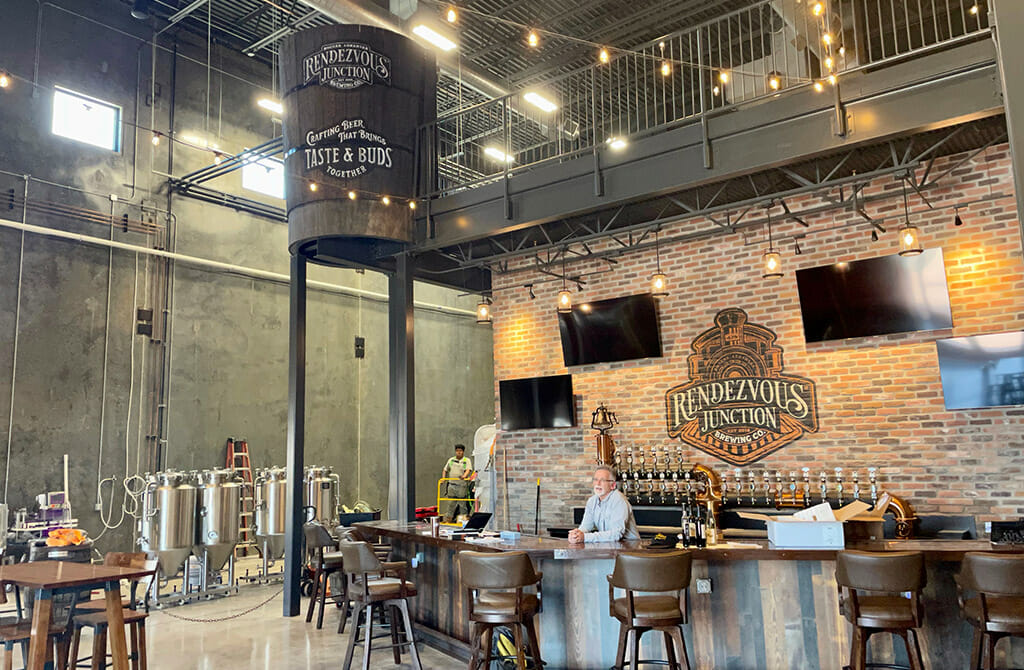 Something big is brewing in Rogers.

That something is Rendezvous Junction Brewing Co.’s new 6,000-square-foot brewery and taproom, located at 2225 S. Bellview Road in Rogers. It will become Rendezvous Junction’s main location, with the current location converting to a sour beer-only production site the owners are calling “Side Tracked.”

The new brewing facility is slated to open to the public on July 10.

Rendezvous Junction launched in late 2017 inside what was then Foster’s Pint & Plate. Foster’s opened as a microbrewery in 2015 but decided to carve out the brewing operation to focus on food. Enter Mike Peerson and his son-in-law, Levi Taylor. They bought the five-barrel brewhouse and rebranded the beer. Without a dedicated taproom, they continued to sell most of their beer at Foster’s, which has since closed and been replaced by a Mexican restaurant.

The brewery’s production has been modest, with 70 barrels of output in 2020 (the most recent year of officially reported numbers). According to Peerson, much of Rendezvous Junction’s beer has been sold at Uptown Kitchen & Taphouse in Rogers since Foster’s closed.

Peerson flirted with death last year, and by all accounts, is lucky to be alive. On June 17, 2020, he flipped his Polaris utility vehicle and broke his back in two places. He was airlifted to Washington Regional Hospital in Fayetteville, where he experienced a massive blood clot and coded on the operating table. He credits first responders and hospital staff for saving his life.

The experience heightened Peerson’s faith and sense of purpose.

“I’m supposed to be doing this,” he said, referring to the brewery project. “God is opening doors for me. He closed other doors to encourage me to do this.”

Rendezvous Junction is releasing a raspberry and hibiscus sour saison to celebrate the one-year anniversary of Peerson’s accident, death, and eventual recovery. “Revival” will be a taproom exclusive once the new brewery opens.

Peerson said the accident slowed down the brewery planning process, but it gave him an opportunity to be careful with the details. He worked on the project in between rehabilitation sessions at the hospital.

Founded in 2013, Ozark Beer Co. has grown to become the second-largest...