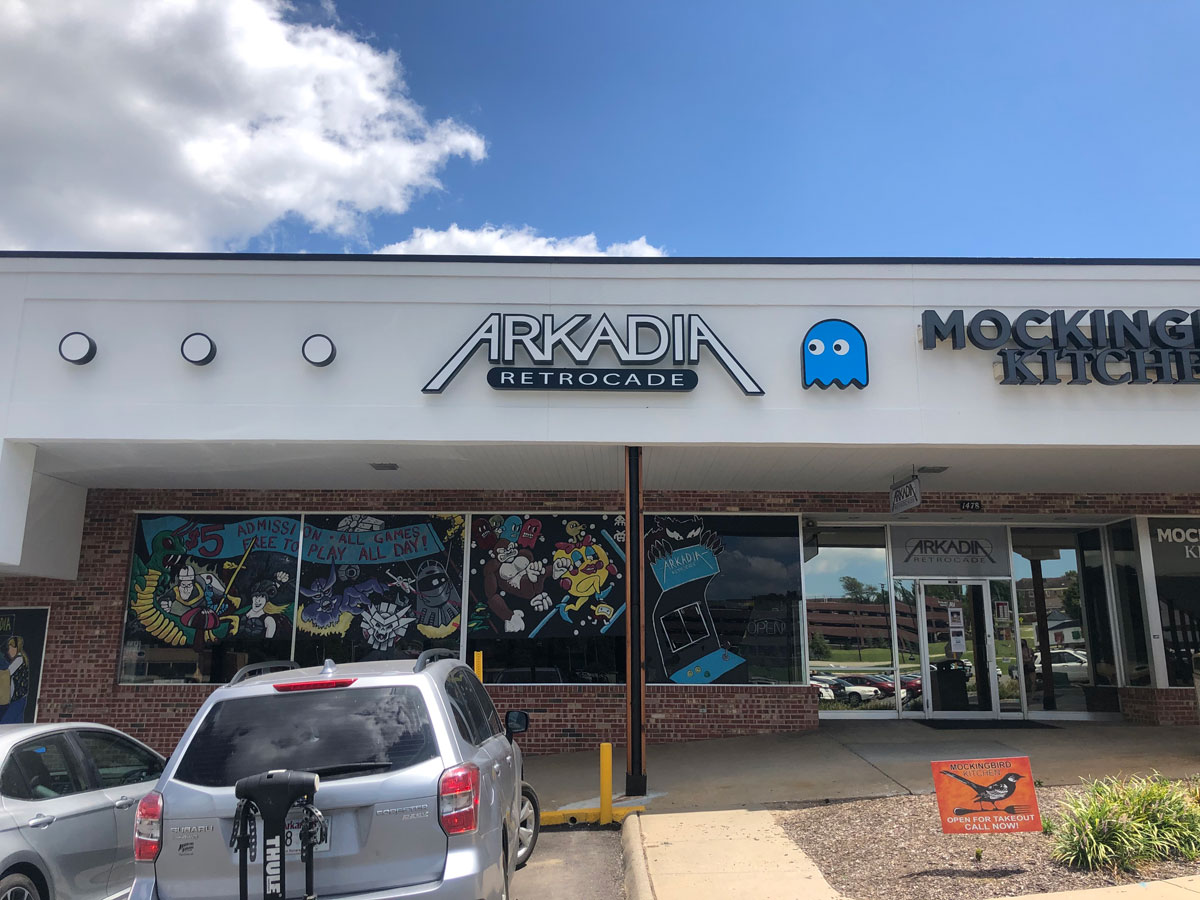 When Shea Mathis of Fayetteville’s Arkadia Retrocade announced he would be reopening his business earlier this month after being closed since March because of the pandemic, several people expressed reluctance to return to the retro arcade in the comments of his announcement post.

At the time, as Mathis tells it, he had decided to reopen after realizing he was down to his last $20 of credit on his maxed-out card. In other words, he didn’t have much of a choice.

Local resident Jessica Watkins wasn’t aware of Mathis’ financial situation, but saw those comments from those who loved the arcade but were afraid to return, and decided to see if she could help.

“Arkadia announced they were reopening with a Facebook post,” Watkins told us in an interview last week. “From this post, several customers mentioned they weren’t ready to venture back into the arcade yet, but still wanted to support the business. These comments started growing, but there wasn’t a reply as to how they could directly help so I grabbed the reins. I think Sheas Mathis’ humble nature left him unable to accept what was being offered via that comment section on his own.”

Watkins set up a Facebook fundraiser for Mathis with a modest goal of raising $500 to help out with the reopening.

Within minutes, that goal had been exceeded, as the Fayetteville community overwhelmingly began pitching in to help the beloved local place.

“I originally set the goal of the fundraiser for $500,” she said. “Our community blew past this in less than an hour so I raised it to 1k, then 2k, then 5k, and finally 8k and still the overall total came to $11,456 before Facebook fees.”

Watkins had been a benefactor of Mathis’ kindness in the past but otherwise didn’t know him well, she said. She decided to try and return some of that kindness to the locally-owned business.

“When I first went to the arcade I was carrying a lumpy, homespun, Pinterest fail of a Pacman cake and Shea opened the door for me and remarked how homemade cakes were ‘the coolest,’” Watkins recalled. “I stood up a little straighter afterward. Complimenting a person’s cake is huge. It’s a culmination of all these small Shea acts of kindness and of course the fun and nostalgia of Arkadia itself that makes for magic. Local, affordable, welcoming- magic.”

Watkins said she believes that that kind of kindness from Mathis himself, along with Fayetteville’s general proclivity for wanting to support local business, led to the overwhelming support for the fundraiser.

“Several single parents messaged me with their donations to say that Shea never turned them away if they were short at the door or their birthday parties may have been undercharged intentionally,” Watkins said. “One man mentioned that Shea asked his daughter if this was her first time at the arcade and when she shyly nodded yes he threw his hands up and said, ‘This round’s on me!’ Fayetteville equivalent of Willy Wonka in a way, guarding the doorway to a small place of wonder.”