Lunch at Rosie’s Pot & Kettle in the East Village 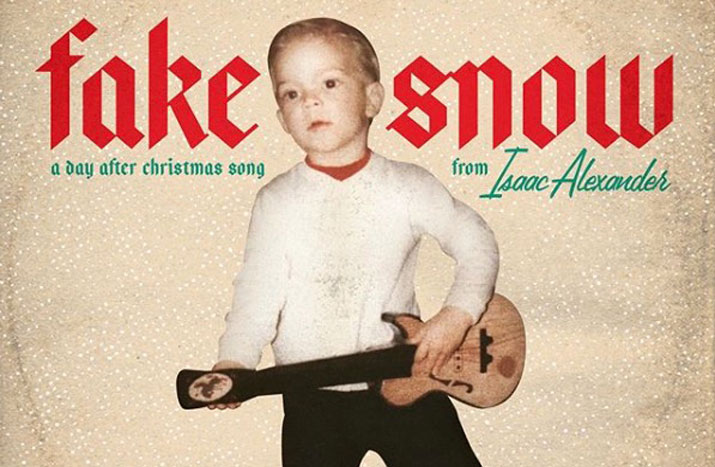 We know, we know. It has been playing in every department store since Halloween. It has been on nearly every radio station non-stop for the past couple weeks. Your kids have been singing it. You can’t get away from it.

By the time the big day actually rolls around, you are quite possibly pretty sick of Christmas music.

But hear us out. What about “Day after Christmas” music?

For some, the day comes with a sense of relief. For others, there is a profound sense of sadness that the fun is over. There’s hope, though. There are new toys to play with. A new year is on the horizon. The more we thought about it, the more we realized that the Day After Christmas is a pretty dang interesting day of the year.

We realized that Alexander may be onto something, and from now on, we’ll be calling him the Mariah Carey of Day After Christmas songs.

We got in touch with him to learn more about the new track and the new genre of music he has possibly just created, and he was nice enough to answer some questions for us.

I had no idea that the world needed a day after Christmas song, but it absolutely did. What made you realize that?

I’ve been wanting to make a Christmas record or even a song but I always get started too late and say “maybe next year.” This idea popped in my mind a couple of weeks ago to just do a single and post it on Christmas day. That’s when it came to me to make it an AFTER-Christmas song. It’s for the season between Christmas and New Year’s Day. My favorite season.

It really is such a distinctive day that totally deserves a song. It is simultaneously sad, with that lingering feeling of joy, and hope and excitement for new possibilities. And then – for some of us – there’s that jolt of ‘Party’s over. Back to work, buddy.’ You do a great job of capturing all of that.

Thanks! Exactly. After my mom heard the song she reminded me of this Norman Rockwell painting. There’s a kid looking back with a tear in his eye as he’s heading off to school. A dead tree and a broken jack-in-the-box in the foreground. That’s pretty much it. Christmas time can be cruel.

Tell us a bit about how the recording came together. We noticed your frequent collaborator Jason Weinheimer was involved.
Jason is extremely kind and generous with his talents. I went in to Fellowship Hall and recorded the basic track with a vocal, played drums and Jason played bass. I added some piano and that was it. I thought. The next day, I’m at work getting all these updates from Jason with bells, whistles, organ, strings and horns. I had mentioned that I wanted it to be sort of Phil Spectory but a little weirder. I think he nailed it. Did a few vocal overdubs and 12 string guitar after work and It was all wrapped up in a couple of days.

We noticed the single is available via iTunes. When/where else can folks get their hands/ears on this one?
Well, we just sent it in a few days ago. I think it should be on Spotify, Amazon… TikTok ASAP.

Seems like you always have a lot going on creatively. What else are you working on these days?

I do have a full-length record all finished up and ready to go. It’s 22 songs we’ve worked on over the last few years here at The Fellowship Hall.
Can’t seem to get the album art/editing/sequence figured out. Springtime maybe. I’ve also been working on a country record.

What are the holidays like over at the Alexander house these days, anyway? Got any interesting traditions to share?
We go to Motley’s Tree Farm and watch Elf / Christmas Vacation while decorating the tree and drinking hot chocolate. Oh, you said interesting.