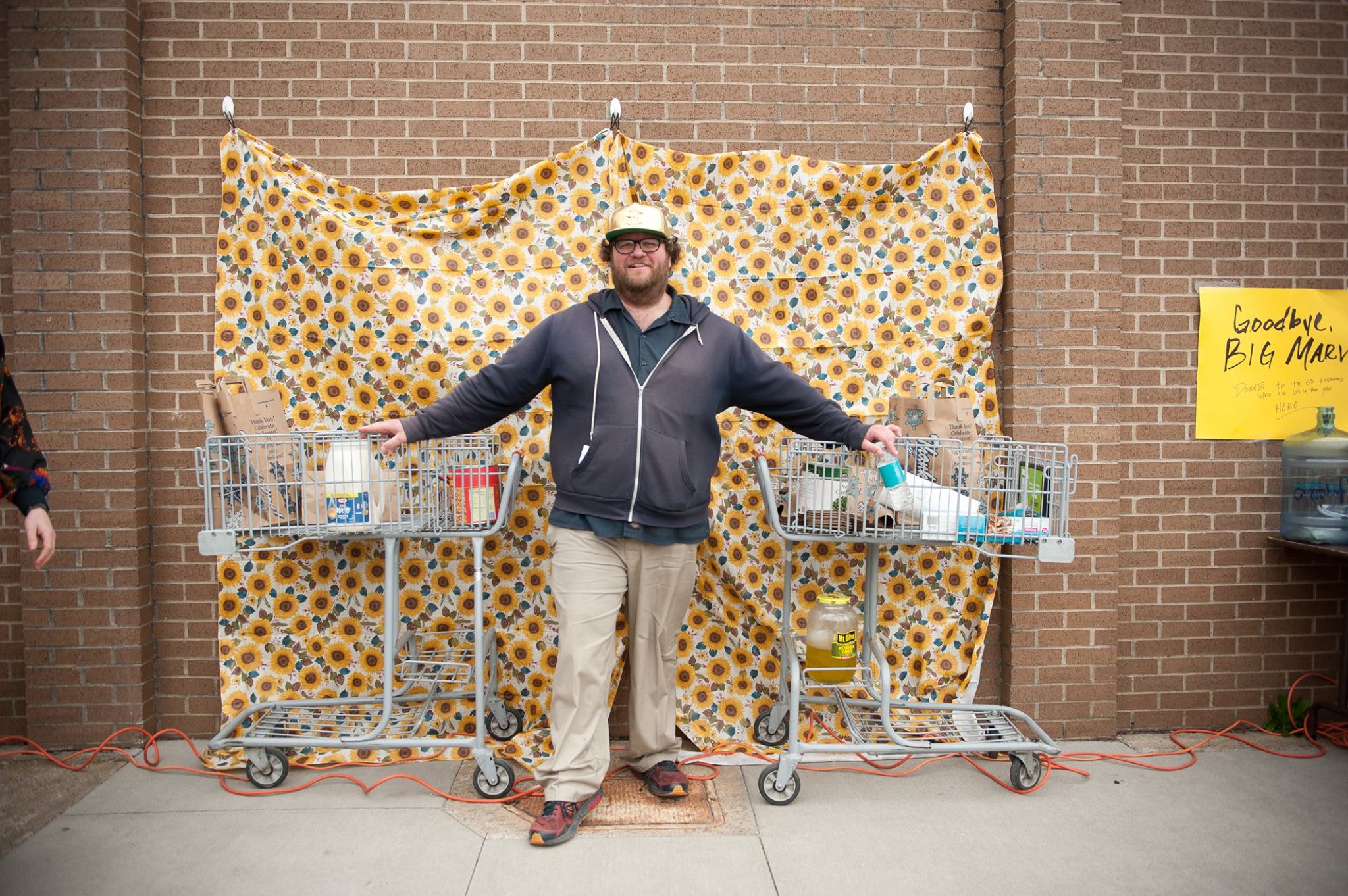 It has been well established during the COVID-19 outbreak we are currently living through that not all heroes wear capes. Some heroes wear scrubs. Some wear aprons. Lots of them wear masks, homemade and otherwise.

And at least one hero (that we know of) can be frequently be seen around town wearing a Tweety Bird cap.

Longtime Fayetteville resident Chris Selby, well known locally as the proprietor of the legendary Clunk Music Hall music venue and record store that was open in the early 2000s, and more recently as ‘Fake Mayor’ of Fayetteville, has been doing his part and more to help locals who have been laid off as a result of the virus.

Selby, who runs a one-man local food delivery business (he asked us not to mention by name because of how busy he currently is delivering food for local restaurants during the pandemic), has been creatively raising funds and collecting food and distributing all of it to people in need since the outbreak began.

In the past, he’s used social media for a variety of creative purposes. He sold Clunk for Fake Mayor t-shirts a few years ago, for example. He has used it to advertise his “Clunklets,” handmade jewelry made with plastic letters with hilarious phrases, or for a pretend dating site, among several others. To this point, his efforts online had been mostly about entertainment value for his friends. That changed recently.

When COVID-19 started shutting things down and putting his friends out of work, Clunk began using his large social media following to help in a variety of ways. He hosted an online virtual dance party fundraiser to help bartenders and restaurant workers, for example, and created a social media trivia fundraiser for some other local folks. One afternoon, he set up shop near the dumpster outside his apartment and handed out rotisserie chickens, Easter candy, beers, snacks, gift cards, and others that he had purchased or that were donated to distribute to the community.

Clunk set up near the dumpster in the alley behind Maxine’s to hand out food, beer and treats to folks in need last week

He has raised hundreds of dollars in various fundraisers for laid-off workers from Little Bread Co., Hammontree’s Grilled Cheese, and Pinpoint, and others.

“I’m a simple man, and this is really easy for me,” Clunk (as he is known locally known) told us of all the stuff he is doing to help out lately. “It’s not anything complicated, I am just doing super simple things to try to help however I can.”

Most recently, Clunk has been using donations he has received to pick up food from local restaurants and distribute it for free, no questions asked, to anyone who needs it during the pandemic.

He delivered over 100 free Eureka pizzas to locals one day last week, for example. Another day, he passed out dozens and dozens of burritos. Earlier this week, he was on to family packs from Foghorn’s and barbecue sandwiches from Feed & Folly. Locals have just been messaging their address, and Clunk just drops it off on their doorstep when he has a few minutes.

Clunk began by delivering the free food himself, but recently he has transitioned to letting some folks who have been laid off help out with deliveries while he publicizes their Venmo accounts for tips and gas money.