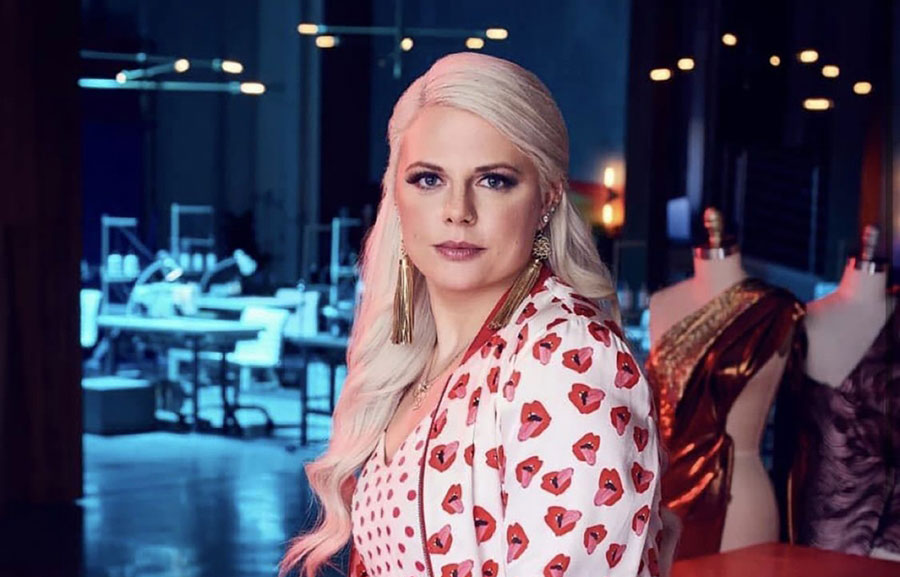 A former Fayetteville resident and graduate of the University of Arkansas is set to make her national television debut this winter.

Brittany Allen, a Fort Smith native who lived in Fayetteville while completing her degree in apparel merchandising and product development at the UA in 2011, is one of 16 fashion designers that will compete on Season 18 of Bravo TV’s popular show, Project Runway.

Even before her big TV break, Allen, 29, has already had quite a career in fashion.

After completing her undergraduate studies at the UA, she received an MFA in fashion design from Savannah College of Art and Design in 2003 and has been working on a Ph.D. in apparel, merchandising and design from Iowa State University.

She has worked for Fayetteville-based Acumen Brands, for well-known designer Betsey Johnson, for Austin-based company Trunkist, and for Los Angeles-based company, Between Ten.

She currently lives in Austin, Texas, where she works as a pattern maker and computer-aided designer for a company called Understated Leather, which sells their designs to retailers such as Urban Outfitters, Resolve, and Free People. She also teaches at the Art Institute in Austin.

She recently created her own label, originally called Brittany Nicole and recently rebranded as Brittany Allen.

Her professors at the UA remember Brittany for her creativity and her persistence.

“Brittany was always thinking and creating outside the norm as an undergraduate in the apparel program,” said Kathy Smith, clinical associate professor at the University of Arkansas in a press release this week. “She was so driven to intern with Betsey Johnson her junior year that she pursued the designer’s company officials, who finally relented and met her face to face and agreed that she was something special. They hired her on the spot. Brittany has been something to be reckoned with from that point on.”

Her work ethic also stood out.

“Brittany’s formal education coupled with her intense experiential practice has led her to this moment in her career that will inspire others in this field,” said Smith. “Hard work and perseverance have paid off for Brittany, whom I am proud to call a friend and colleague in this profession.”

According to her bio page on the Project Runway website, Brittany’s designs “mix powerful shapes with feminine prints, and she incorporates French seams throughout every garment to add couture refinement, and emphasize her formal training and techniques.”

“More is more for me,” Brittany said of her design style. “I like it all, just, borderline tacky. If Dolly Parton and Betsey Johnson had a baby, and that baby was raised by Anna Wintour, that would be my brand.”

Her inspiration comes from a variety of sources.

“I find inspiration from a lot of different designers,” she said. “Betsey Johnson or Kate Spade, brands that are very loud like Alice and Olivia.”