Something Pawsitive Happening in Downtown Paragould 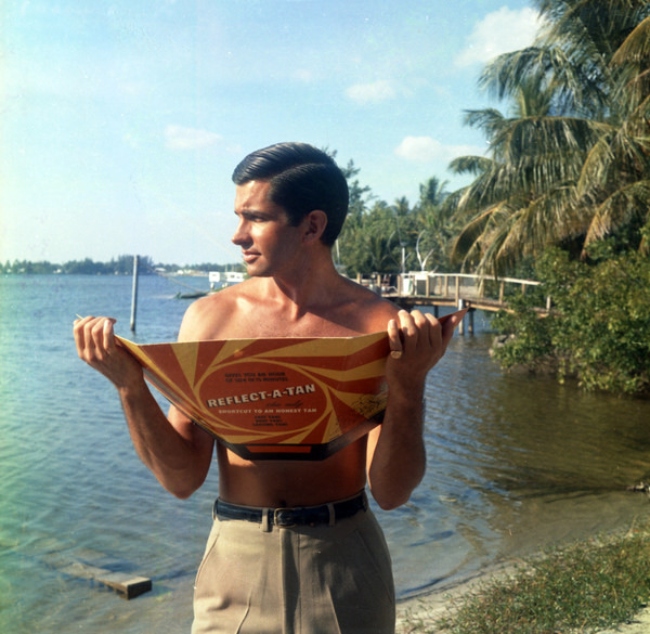 For over six decades, Hollywood’s most famous tan has belonged to the ever-charismatic actor George Hamilton. From films to daytime television, commercials, books, and yes, even tanning products, the Tanned One has brought his larger-than-life persona to everything he touches. The roots of that persona began in Arkansas.

George Stevens Hamilton was born in Memphis on August 12, 1939. Hamilton’s earliest years were spent in Blytheville, where he lived with his mother, Ann Stevens Hamilton, and his father, bandleader George William “Spike” Hamilton. In a way, young George Hamilton always seemed destined for fame. His mother was the only daughter of town doctor Carlos Crawford (C.C.) Stevens. Hamilton’s mother received an excellent education, which included boarding school in St. Louis and a finishing school in New York City. Nicknamed “Teeny,” she became a dashing socialite. She married a Wall Street businessman and had her first son shortly afterward. When the stock market crashed, and the Depression hit, Ann moved back to Blytheville with her son.

She met George “Spike” Hamilton in Memphis and the pair married and quickly had George and then younger brother David. The marriage ended in 1944 when George Hamilton, Sr. had an affair with his band’s singer, June Howard, whom he later married. George Hamilton and his brothers spent their formative years at the Blytheville home of Ann’s parents.

When both of Ann’s parents died in 1947, she made the decision to start anew and moved the family to Hollywood. There he appreciated the glamour of acting and the life that came with it, but Ann married again in 1950 and the family moved to the East Coast. By now, George was old enough to go to boarding school and he attended several, including a private school in New York. When his mother married a fourth time, he moved with her to Palm Beach, Florida for his senior year. There he dug into acting and also acquired the tanned look that has come to define his career.

George Hamilton poses with Reflect A Tan in Palm Beach.

After graduating high school, Hamilton headed once again for Hollywood. His dashing looks, and of course, the tan, won him appearances on TV shows, including “The Adventures of Rin Tin Tin” and “The Donna Reed Show.” He appeared in his first film in 1959 in “Crime and Punishment, U.S.A.”, an adaptation of the Russian novel. He won a Golden Globe for “Most Promising Newcomer.”

George Hamilton and actress Lizabeth Scott compete on the game show Stump the Stars in 1963.
Hamilton would become known for his participation in game shows as a competitor and a host.

The 1960s began a series of movie roles for Hamilton, now on contract with MGM studios. He had definite heartthrob appeal, and the studio capitalized on that with a variety of films, including the beach party hit, “Where the Boys Are,” a western titled “A Thunder of Drums” and the starring role as Hank Williams in “Your Cheatin’ Heart.” The decade kept Hamilton busy as he fielded many smaller roles and cameos, but he also became known for the company he kept, famously dating President Lyndon B. Johnson’s daughter, Lynda Bird Johnson, in 1966. By the end of the decade, Hamilton had appeared in 18 films, as well as small roles on TV.

The 1970s brought a shift in his career. In 1969, he appeared in the TV series, “Harold Robbins’ The Survivors.” He delved deeper into TV roles and producing. This decade, Hamilton guest-starred in many TV shows, including “Columbo” and the mini-series, “Roots.” He produced and starred in the movie “Evel Knievel” in 1971. He capped the decade by starring in “Love at First Bite,” a Dracula comedy that turned into a hit. Hamilton also married actress Alana Collins in 1972. They divorced in 1975, with one son from the short-lived marriage. Hamilton also provided for his mother when her fourth and final marriage ended. She lived in Hamilton’s mansion until 1972.

The 1980s brought another interesting twist to George Hamilton’s life. Already an actor as famous for his tan and off-screen persona as his acting skills, Hamilton ventured into the skincare business with the George Hamilton skincare and suncare systems. After decades of showing off his own flawless tan, he helped others tan carefully with sunscreen and after-tanning products. As acting roles diminished, Hamilton’s influence didn’t. He was featured in several commercials and continued to appear in TV roles.

In 1990, Hamilton landed a large role in “The Godfather: Part III” as the family lawyer, a role that reignited his fame. He followed up that appearance with one in “Doc Hollywood” opposite Michael J. Fox. He also hosted a talk show with his ex-wife for a year. After a lull in film appearances during the ‘80s, Hamilton worked steadily throughout the decade. One thing that changed is the actor began appearing as himself in both TV and film roles almost as often as he appeared in character. His smile, tan and genuine warmth were unmistakable.

As the new millennium began, Hamilton continued to alternate between film and television. He wrote his first book in 1998, “Life’s Little Pleasures,” focusing on how to appreciate life in the moment. He published his second book in 2008. His memoir entitled “Don’t Mind If I Do” candidly opened up his incredible life, from his idyllic childhood in Blytheville to his mother hauling the family across the country after her second divorce. The book covers Hamilton’s many Hollywood friendships and relationships. Hamilton returned to Blytheville during his book tour to speak to local audiences and reminisce about his childhood and grandparents.

He continued to appear on TV, notably in 2006 on “Dancing With the Stars.” His most recent work is a recurring role on the TV sitcom “American Housewives.” In 2011, years of sun-tanning caught up to Hamilton as he had pre-cancerous lesions removed. The actor admits to using his own self-tanning products to keep his signature look. At 80, he continues to be the actor Hollywood has known for a long time – a man who enjoys life, wins people over with his charm and loves a good tan. Much of who George Hamilton is can be traced back to the influence of Ann Stevens Hamilton, from the enjoyment of Hollywood glamour to the appreciation of small-town charm, stemming from their shared history in Blytheville, Arkansas.