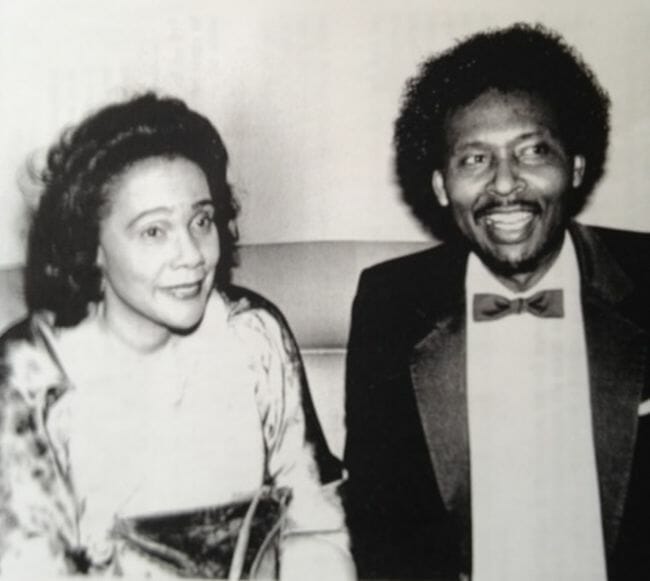 If you grew up in the 1970s and 80s, you were probably familiar with Arkansas native John Donley’s work and didn’t even know it. Donley was responsible for some of the most ground-breaking and endearing characters of that decade. And he set the stage for more African-American characters and social commentary to feature in prime-time television shows in the years that followed.

Donley grew up outside Gould, Arkansas. He recounts his youth as time spent chopping cotton while imagining himself playing baseball with his heroes Jackie Robinson and Willie Mays. He still owns the farm that has been in his family since slavery was abolished in Arkansas. But now lives in Los Angeles where his dreams led him to join the throngs of young people hoping to make their marks on the world.

It wasn’t a straight shot from Gould to Los Angeles for John Donley, a 2019 inductee to the Arkansas Black Hall of Fame. After high school, he headed to Chicago to chase his baseball dreams. But tryouts with the Cubs, and later the White Sox, didn’t pan out. It was after discharge from a stint in the military that Donley headed to Los Angeles. He enrolled in acting classes and was also taking gigs as a standup comic and singer while washing dishes and driving taxis.

The first script he sold was for the comedy series Good Times, an episode titled “Black Jesus”. He went on to write almost 100 episodes for television shows such as Sanford and Son, The Jeffersons, Good Times, Benson, Diff’rent Strokes and Who’s the Boss, among many others.

Donley has always said that he was interested in not only making people laugh, but also making them think. It was this talent that garnered him an NAACP Image Award for Best Situation Comedy Episode of 1984 for the episode titled “Roots” for the show Diff’rent Strokes. The story centered around the characters Willis and Arnold, young Black brothers who were adopted by a wealthy white man. They tried to convince their friends back in Harlem that their new living situation had not negatively affected their connection to their Black heritage.

Another episode Donley is proud of is “The Checkup”, which was televised in season one of the show Good Times. In it, James, the head of the Evans family, is reluctant to have some health issues checked out by a doctor and his family uses a magazine article about high blood pressure to try to convince him. The episode was hailed as ground-breaking and was screened in Black communities as an educational tool to help combat a distrust of medical intervention and a prevalence of high blood pressure.

After a long career in Hollywood, John Donley is no longer simply an award-winning writer. He has owned production companies that produced comedy features and television specials. And he is still working with organizations dedicated to representation and equity for minorities in film and television. He also spends time encouraging young Black people to explore creative fields of interest and chase their own dreams.

Anyone who volunteers in their community knows that one of the most...