The Momentary Announces Performers for 2020 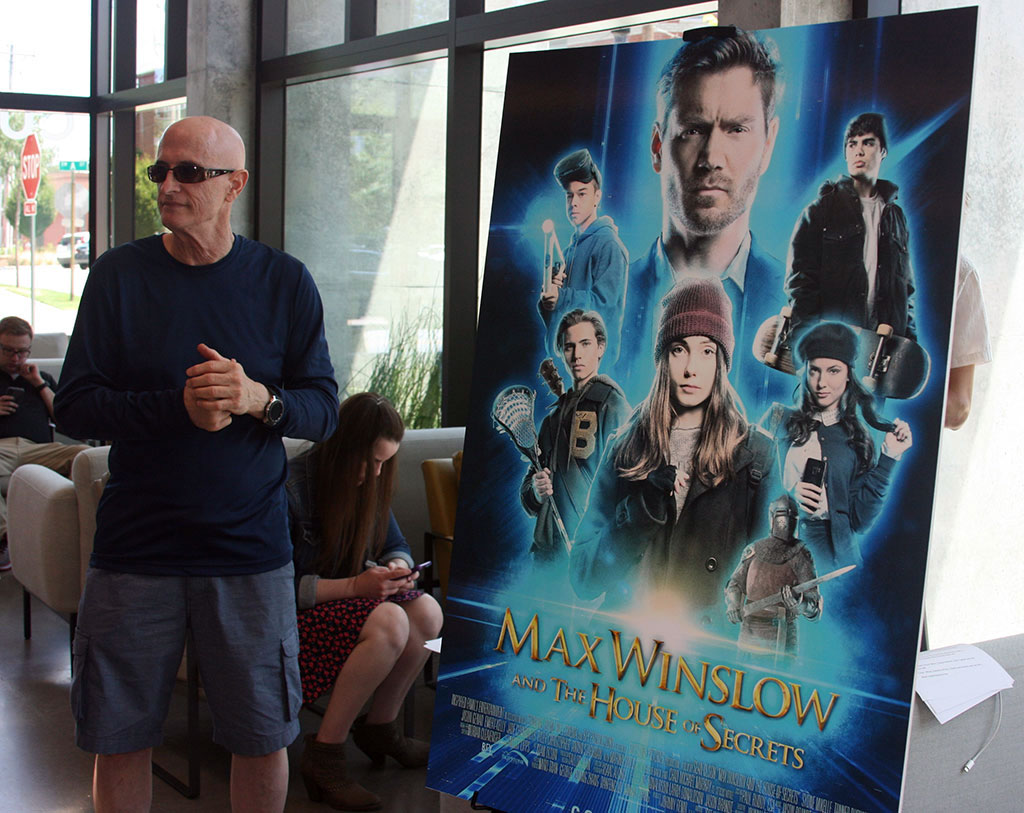 It’s getting to be a regular thing around here.

Last Saturday, some 200 people, including actors, producers, production crew members, extras, film students, and business and civic leaders, turned up at the Skylight Cinema in downtown Bentonville for the local premier of a feature film shot in Northwest Arkansas.

“Max Winslow and the House of Secrets” was produced by Los Angeles-based SkipStone Pictures and shot at various locations in Bentonville and Springdale last winter.

The movie concerns Atticus Virtue, played by Chad Michael Murray (“One Tree Hill”), an eccentric tech billionaire who owns a smart mansion controlled by a supercomputer called HAVEN. Virtue challenges Max Winslow and four other students from Bentonville High School to outsmart HAVEN, and he promises to give the mansion to the winner.

The movie also features Sydne Mikelle, Tanner Buchanan (“Designated Survivor”), Jade Chynoweth, Jason Genao (“On My Block”), Emery Kelly (“Alexa & Katie”), Tyler Christopher (“General Hospital”) and Marina Sirtis (“Star Trek: The Next Generation”). Many smaller roles were filled by local actors. According to associate producer Robert Babcock, about 40% of the production crew was local, including many students from the University of Arkansas and John Brown University who worked as production assistants.


(left to right), Arkansas Governor Asa Hutchinson, actor Emery Kelly and producer Johnny Remo at the local premier of “Max Winslow and the House of Secrets.”

“Max Winslow” was shot over 17 days and finished in four months. Johnny Remo, the producer as well as the founder and CEO of SkipStone, is currently shopping the movie to distribution companies. Regardless of distribution, the movie will have a short run at the Skylight Cinema later this year.

Remo himself is becoming a familiar figure in this area. His previous film, “F.R.E.D.I.” was shot entirely in Bentonville and won the “Best of the Fest” audience award at the 2018 Bentonville Film Festival. Both “F.R.E.D.I.” and “Max Winslow” were directed by Sean Olson.

A Florida native and long-time resident of Los Angeles, Remo discovered this area when he came to town with “Saved by Grace,” a film he co-wrote, produced and directed, which was shown at the 2016 Bentonville Film Festival. He already had the script for “F.R.E.D.I.” and, once in Bentonville, knew he wanted to shoot it there.

“It’s like a back lot,” he said of the town. “We came back and shot here, and it was amazing. The people here were just incredible. Ropeswing and the Walton family really opened up the community to us. They did everything they could do to make us really welcome here.”

Having worked for so long in Los Angeles, where film productions are about as commonplace as cyclists along the Razorback Greenway, Remo appreciates many things about working in Arkansas, especially the convenience, the relative lack of red tape and the eagerness of people here to help. When he wanted to shoot scenes at Bentonville High, the principal of the school gave him a tour of the building and grounds, then asked what else Remo needed from him for the film.

“In California, that would never happen in a million years,” he said.

Remo became so enamoured with Northwest Arkansas that he decided to move himself, his production company and Inspired Family Entertainment, his distribution company, to Springdale, a move that will take place in September. He plans to make three movies a year here over the next 10 years. He also plans to start an internship program, tapping into film programs at the University of Arkansas and John Brown University, giving local film students the opportunity to work on professional film productions close to home, rather than having to move to California, New York or Atlanta to gain experience.