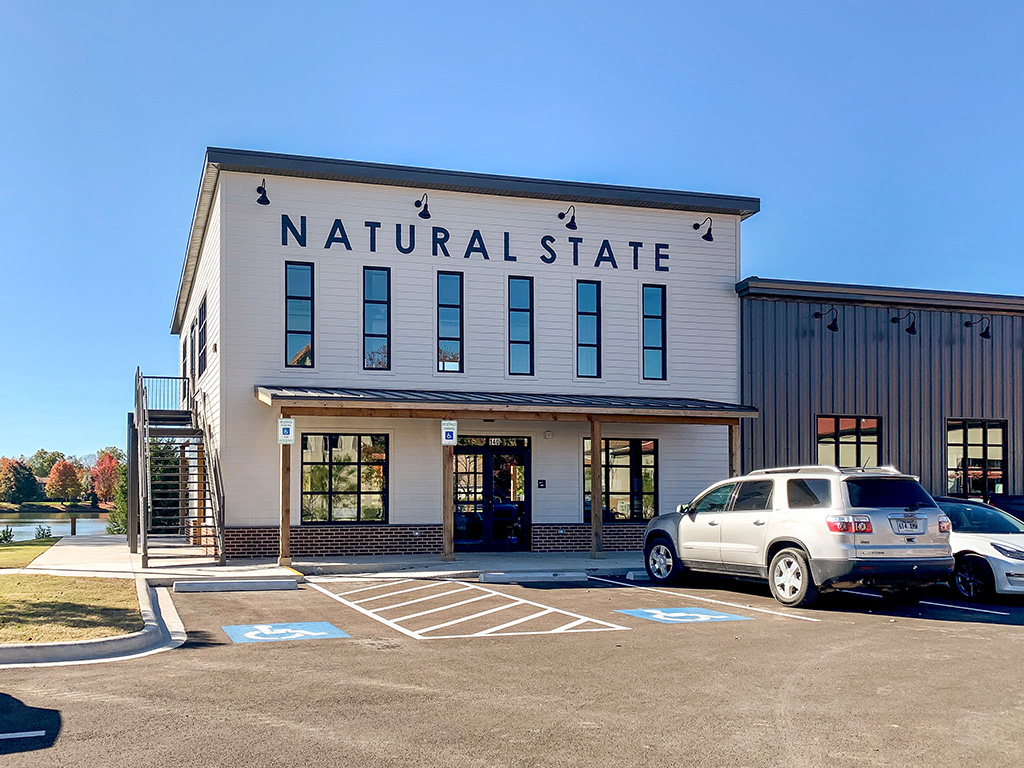 Most of the beers made by Arkansas’ craft breweries are ales. Technically this means the beer is made with top-fermenting yeast, but in practical terms, it means Arkansans are drinking a lot of IPAs, wheats and stouts (just to name a few styles of ale).

Although lager beer—which is fermented at lower temperatures by bottom-dwelling yeast—has significant history in the state, examples from Arkansas breweries are currently few and far between.

This is true for at least two reasons.

The palates of American craft beer drinkers have generally moved towards hop-heavy beers and higher ABVs over time, neither of which is common in lager beers.

More significantly, lager beer takes significant time to produce. Whereas ales can go from grain to glass in as little as two weeks, lagers require at least twice as much time to properly condition. And since time is money in the beer business, it makes more fiscal sense for craft breweries (which are small businesses at their core) to make and sell ales.

These factors combine to create a lager void in the local beer market.

It’s a void a new Rogers brewery is looking to fill.

According to co-owner Mark Smith, Natural State Beer Co. will focus on making lagers in the German tradition when it opens later this month.

This may seem like a strange concept to those who only know lagers as fizzy-yellow, mass-marketed industrial beers that all taste the same.

But in reality, lagers have much more to offer.

“There is a diverse range of lager beer,” said Smith. “From a schwarzbier that’s really dark to a helles that is straw-colored, there are so many flavors to discover.”

Other examples of German-style lagers that are expected to pour at Natural State include Märzen, bock, dunkel, and pilsner.

“Many lagers are malt-forward, and most are hop-restrained,” said Smith. “People who don’t care for IPAs will find there are some approachable lagers out there.”

Early Arkansas brewers were German and probably made lager beer

Natural State won’t be the first Arkansas brewery influenced by German brewing practices. Immigrants from Deutschland were, in fact, the pioneering force behind early Arkansas beer.

The first known commercial brewery in the state was operated by brothers Alexander and Henry George around 1841 in downtown Little Rock. Originally from Kelsterback, Germany, the brothers produced beer for a beer garden known as Little Rock City Garden. By all accounts, the beer was good.

So good, in fact, it led the Arkansas Gazette to write the following in its Feb. 3, 1841 edition:

“All we can say, at this early day, of their establishment is that if they continue making as good beer and ale as they do now, it will be one of the most popular, and we hope, profitable establishments in the city.”

In 1848 another German immigrant—Joseph Knoble from Wittenberg—started making beer near the Arkansas River in downtown Fort Smith. His three-story brewery boasted a 525-square-foot cellar underneath an adjacent beer garden. The cool temperatures of the cellar would have been perfect for lagering beer.

Knoble’s brewery operated until his death in 1881. The structure still stands and is currently the home of Doe’s Eat Place.

There are no records of the individual beers brewed by these early Arkansas brewers. But it’s probably safe to say they were making the styles familiar to them back home in Germany. And those styles would have been lagers.