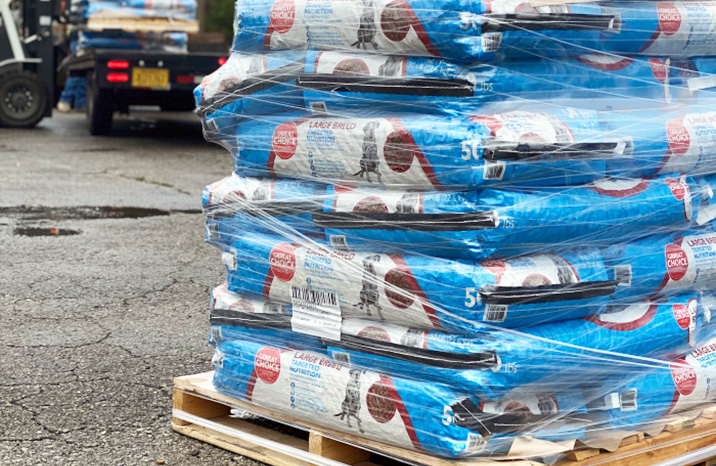 The crisp sound of a new email alert rings, but Luke Gould doesn’t stop typing. He’s become used to the top right corner of his computer screen piling up with notifications every few minutes, and he’s learned to stay focused on the task at hand before addressing the new ones. After he finishes typing his Facebook post, Luke opens his most recent email to review a Google Form submission. Tabbing over to a spreadsheet, he scrolls through 100+ rows of volunteers’ information and availability until he finds someone with whom to match the new service request. Luke contacts both parties, coordinating the volunteer’s grocery delivery to the home of an elderly couple in Springdale. He checks Facebook again and then moves on to the next email.

Luke is the admin of a Facebook group called “Y’ALLIDARITY! NWA Mutual Aid,” which he created on March 13, 2020, when the coronavirus inevitably reached Arkansas. Because older adults and immunocompromised individuals are at higher risk of serious complications from COVID-19, the global pandemic has led to a surge in grassroots community outreach to protect those at risk.

Y’ALLIDARITY! NWA Mutual Aid is an all-volunteer group that is facilitating community engagement in the northwest corner of the state “through organizing collaborative efforts, connecting folks to existing local resources, and providing a space for the community to connect and exchange support.” The group started when Luke saw several of his Facebook friends posting on their own timelines to encourage anyone in need to direct message them.

“So,” Luke Gould says, “I decided to throw all of these people into a group together and get them talking. I added a little description like, ‘Add people as you see fit. Bye!’ and when I came back two hours later, there were 1,000 people in the group.”

In less than a week, over 3,500 members joined the group. Each day, the group is populated by hundreds of new members, new posts, and new success stories.

A few minutes before 8 a.m. on March 31, Luke, his wife, and a few other volunteers pull into the LifeSource International parking lot in Fayetteville. It’s 39 degrees and drizzling, but everyone seems excited to be there. An 18-wheeler awaits their arrival, stuffed with 40 palettes, roughly 40,000 lbs., of donated dog food from Simmons Foods.

As the rain subsides, eight different NWA organizations trickle in to pick up dog food — 7hills Homeless Center, Compassion Center NWA, A Cup of Love Ministry, and Paws & Claws Pet Shelter, just to name a few. Michelle Miesse, Luke’s wife, told me that several people in the Y’ALLIDARITY! NWA Mutual Aid Facebook group had mentioned needing dog food. It was an item that, like many others, is necessary (if you have a pet), but isn’t your first thought of items to stock up on.


Jimmy, a volunteer with LifeSource, uses a forklift to move palettes of 20 bags of dog food from Simmons Food’s 18-wheeler to 7hills’ trailer. Each palette weighs 1,000 lbs., so the 7hills employees in the white Jeep are making four trips to LifeSource, taking their four palettes back to 7hills one at a time.

Luke was surprised by how quickly the Facebook page took off, citing that he’s “not a well-connected person in this community.” Invisible threads might be the strongest ties, but Luke thinks this operation has benefited from his independence.

“I think that not being formally affiliated with anybody has allowed me a unique opportunity to pull different organizations into the same space and facilitate conversation,” Luke says. “We’re allowing the community to reach out to each other and kind of experiment with what it would look like if we lived in a world in which communities care for ourselves.”
The Facebook page houses two main forms that individuals can use to get involved. One is a service request form for those needing help from a neighbor, and the other is a volunteer form for those willing to provide that help.

Luke isn’t the first one to call on the mutual aid model during a time of crisis. The Mutual Aid Disaster Relief effort and Facebook page formed after Hurricane Katrina, and the decentralized network has been responding to and engaging with communal relief following disasters since.

“It’s a movement toward a more solidarity framework instead of a charity framework,” Leah Ayer from Mutual Aid Disaster Relief says, “the difference being supporting communities so they can take care of themselves in disasters as opposed to waiting for the people with all the resources to come and save them.”

Leah says over 150 new mutual aid groups have formed since the coronavirus outbreak. The huge blossoming of localized efforts is giving people the opportunity to lean on their neighbors and community for aid during the global pandemic.