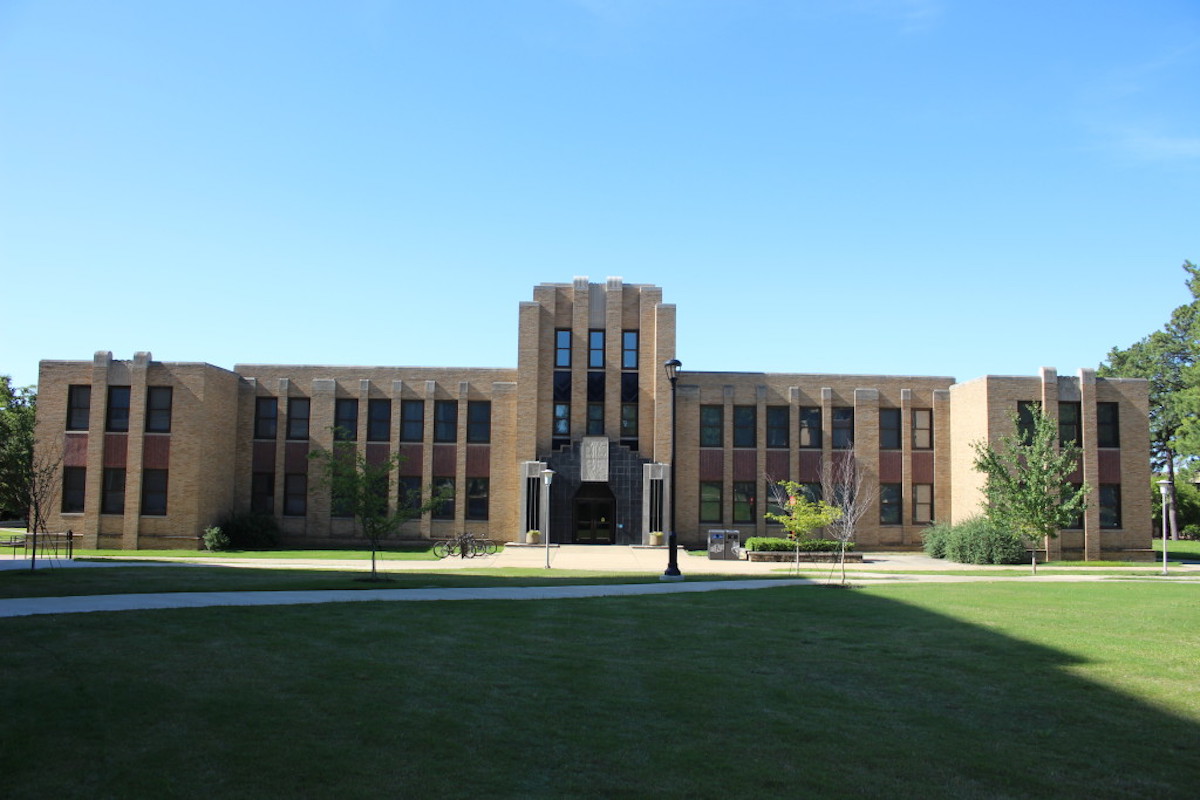 We have Mr. Rogers to thank for encouraging us to pay attention to the people around us. He often visited with community workers on his television program as he taught children the importance of those people’s roles in society. Of course, those workers employed by federal, state, and city governments have a home base for their jobs in buildings that often serve as pillars of our neighborhoods. With many such historic structures built as the result of the New Deal in the 1930s, the government buildings of Arkansas are no exception.

We tend to go about our daily lives not giving much thought to these places. From the city hall and public education buildings to small-town water towers, we encounter neighborhood venues that have been around longer than most of us have been alive. While we might breeze past without much notice, we would surely miss these neighborhood mainstays if tomorrow, they were gone.

Following the Great Depression, President Roosevelt’s New Deal was designed to help American families, businesses and communities bounce back. It was certainly a good deal for Arkansas. Many structures we now take for granted were built as a result of that initiative. Congress enacted several measures to assist with the revitalization effort, including the Public Works Administration (formerly called the Federal Emergency Administration of Public Works), established in 1933. The administration provided loans and grants, ultimately funding more than 34,000 projects across the country, including these northeast Arkansas projects, still benefitting the community nearly 90 years later.

Located between the library and the humanities building, this building is currently being used as the Math and Science building at Arkansas State. The building, renovated in 1986, was initially used as the Teacher Training School.

The university’s Business Building and Nursing and Health Professions Building were also constructed under the assistance of the Public Works Administration.

The city of West Memphis grew dramatically in the mid-1930s. Access to the Mississippi River, a growing railroad industry and increased automobile use promoted growth and development, which led the city to make improvements to its infrastructure. Officials saw a need for a building that could house administration offices but also wanted to improve sub-par fire protection. The new City Hall was designed to accommodate the administration offices, the city jail and the new fire station. A courtroom addition was completed in 1955.

Originally built to improve a small town’s water supply, the Cotton Plant water tower has become an iconic symbol of the community. The water tower was added to the National Register of Historic Places in 2008.

Craighead County was established in 1859 with Jonesboro selected as the county seat. During the first 30 years, three different buildings served as a county courthouse. After a fire destroyed the third building, a new structure was built in 1885. This structure failed to leave a lasting impression as it was razed in 1933 to make way for a new courthouse to be built by the administration. The courthouse, known for its prominent Art-Deco style of architecture, was completed in 1935 and added to the National Register of Historic Places in 1998.

Like many towns across Arkansas, Wynne was suffering from the effects of the Great Depression. The schools had long outgrown the student body population, but lack of funding prevented the city from adding new buildings. Thanks to public works funding, the community was able to add a four-classroom structure to South Elementary School in 1936.

Arkansas’s financial instability following the Great Depression led to the approval of over 235 Public Works Administration projects across the state. These projects included the construction of courthouses, jails, schools, levees and swimming pools. The state was also the beneficiary of a multitude of other New Deal projects, including the Faulkner County Museum, the Dyess Colony and the many projects completed by the Civilian Conservation Corps.

If you are a parent, there is nothing worse than your kids saying...

Jonesboro is the home of Arkansas State University which draws many...