During these crazy pandemic days, sometimes a change of scenery provides... 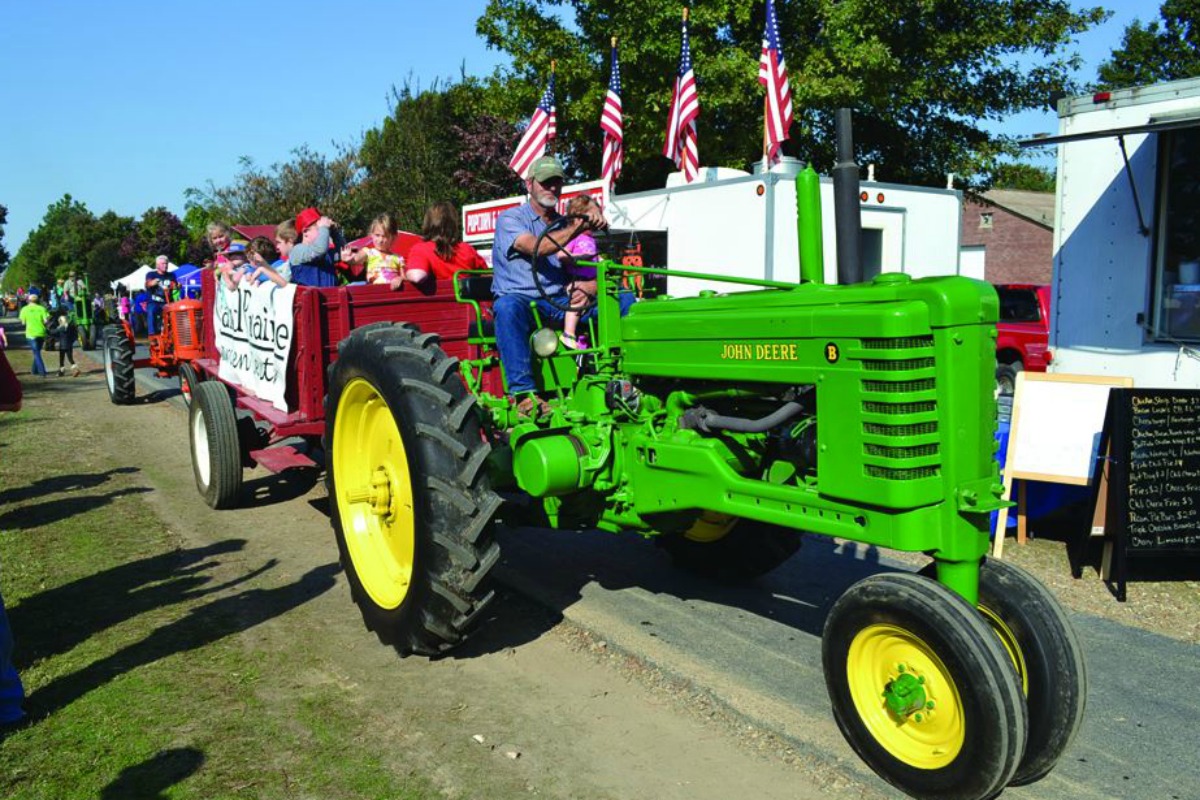 As a small-town girl, I’ve always thrived on traditions. They are the spokes that make this simple life go ‘round. Like Friday night football games and watching generations of the same last name play where their parents did. Parades that start and stop at the same places every year, composed of the same church groups, pageant winners and horse riders. And the festivals that return each year, giving us a chance to celebrate our simple lives.

There is something about small-town festivals that excites me as much as the kids they’re probably intended for. My own town has a three-day one that has kicked off summer my whole life. But when I was 14, my boyfriend introduced me to his town’s annual event, which takes place in October. The Grand Prairie Rice Festival, scheduled for Oct. 17, became a staple for me, as it was for everyone who lived in Hazen, that signaled harvest and football and deer hunting were in full swing.

One of my earliest memories of the Rice Festival is sitting in the gazebo in the middle of town with my new boyfriend and several of our friends who also liked each other. Cool breezes blew. Leaves fell. And we chatted excitedly about the Homecoming dance we would attend that night. It was a simple moment when life felt good and right as it tends to do in the laid-back autumn months.

As I continued attending the event through the years, I realized what an integral part of life it was for residents there. Just like my hometown summer festival circled around promising lip syncs, funnel cakes and fair rides, this one roused hankerings for gumbo, cream cheese rolls and views of antique tractors for the folks who loved it.

That boyfriend in the gazebo remembers being a kid and each year camping out in his best friend’s backyard the night before the festival. His buddy’s birthday was that weekend, and they would camp out, play tackle football all night, and go walk around the festival the next morning. As young boys their favorite part was the “Punt, Pass and Kick” event in front of the police station.

That boyfriend and I are married now with two kids of our own and have continued the tradition of taking them to Rice Festival. I love dressing my girls in their boots and new fall clothes and strolling through the vendors and games to see who we see. We can count on seeing old friends of my husband’s, high school football boys still sore from last night’s game, and a pretty crown-wearing young girl who’s been named “Miss Princess Rice.”

Much about this nearly 40-year-old festival has stayed the same. It still begins with a one-of-a-kind antique tractor parade in the morning, and it still includes delicious food, free fun and local talent for entertainment. Most of the faces are still the same, too; they’ve just aged a bit. The ones who used to come with their buddies after camping out in the yard or after recovering from a Friday night game, now come with their wives and kiddos of their own. They push strollers and hold socks while their kids disappear into bounce houses. It’s the circle of small-town life and it’s epitomized in Hazen the third Saturday in October. We invite you to put on your boots, bring money for some gumbo, and immerse yourself in traditions for a Saturday well-spent.

A little about Kelcie Huffstickler.

Arkansas Women Blogger member Kelcie Huffstickler is a small-town mama from Des Arc, AR. She enjoys living blocks away from family members, feeling safe if she forgets to lock her doors, and visiting the occasional Friday night catfish buffet. She and her high-school-sweetheart hubby double-team their two pre-school daughters. Between spilled milk, sister fights, playing dollhouse, and doing laundry, Kelcie somehow manages to fit in a little writing. You can find her on her blog at thisbeautifulinheritance.com and also at momlifetoday.com.

About 12 years ago, Allen Childress sat on his front porch with his...

“It was the worst experience of my life,” said Prairie County Judge...

It was 1986. Des Arc Mayor Merlin Hendricks organized a community...