Faby’s in Conway is Fabulous 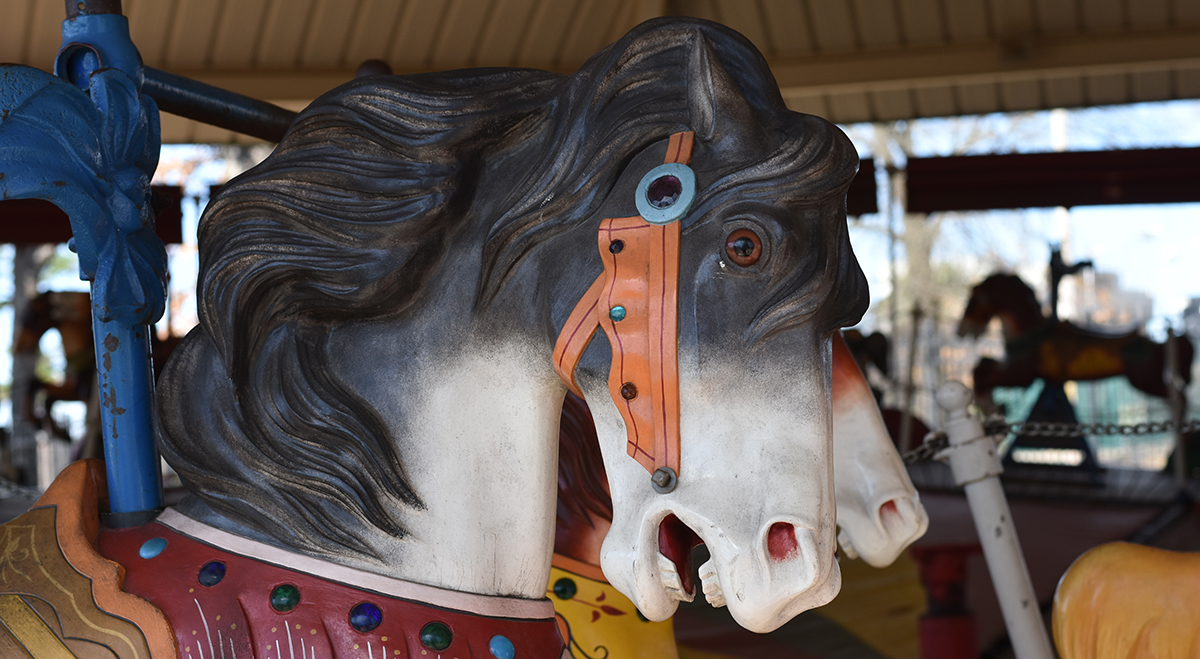 In a state that’s filled with jaw-dropping beauty, nature, and gemstones, there’s one gem in Arkansas that truly shines bright among the rest. It’s a landmark that you’ve probably seen and interacted with, but you may not be aware of its historical significance and rarity.

This gem is none other than the Arkansas Carousel, which is located at the Little Rock Zoo.

You may be thinking to yourself, “Why would you consider a zoo carousel to be a gem, let alone a landmark?” Allow me to share a bit of the rich history of this attraction, which is also known as the Over-the-Jumps carousel. It is one of only four of its kind built nearly a century ago, and the only one known to still exist in the world today.

The Arkansas Carousel, as its now known, is a traveling carousel that was built in 1924 by the Herschell-Spillman Engineering Company of North Tonawanda, NY. Not many traveling carousels built back then survived throughout the years, due to the harsh conditions associated with constant traveling, set-ups and tear-downs.

Perhaps its most significant feature is the undulating track, which allows riders to feel a riding and over-the-hills motion. Originally, the carousel was powered by steam, but later a 3-speed electric motor that drove a wide leather belt around a shaft was installed.

This carousel visited Arkansas for the first time in 1924, at the Arkansas State Fair, at a location now known as War Memorial Park. In the 1930s, it made regular appearances in Little Rock. Later, in 1942, Little Rock resident Tom Fuzzell purchased the carousel and gave it a permanent home at a small amusement park at War Memorial Park.

In 1989, the carousel was placed on the National Register of Historic Places, due to its historical significance.

Ownership changed throughout the years. Troubled times came for the carousel in 1991, as the War Memorial Park was shut down and room was made for a pool and fitness center. The carousel was put up for sale and received interest from buyers from both in and outside the country, which also introduced the risk of it being sold again piece-by-piece by the new buyers.

A massive effort that spanned 16 years and involved thousands of people saved the carousel from leaving Arkansas. Hundreds of thousands of dollars were spent to acquire and restore the carousel, and to build its new home at the Little Rock Zoo. The money came in through fundraising, grants, donations, and city funds. Since 2007, visitors of the Little Rock Zoo have had the privilege of riding the beloved Arkansas Carousel, perhaps unaware of just how amazing its life history is.

It’s not completely a happily-ever-after story, though. Due to its age, the carousel requires constant maintenance and upkeep to keep it in shape and to retain its beauty. Thus, fundraising efforts are ongoing. Indeed, the current price of $3 to ride the carousel is just a small price to pay for experiencing the full luster of this historical gem. Every time our family visits the zoo, the carousel is one of the first places our kids run to!

Thanks to the leadership of the Friends of the Carousel, and of the many, many people who both saved the carousel, and allowed it to remain in our wonderful state. Only in Arkansas will you find such a unique, heartwarming story of a little traveling carousel that could.

You can learn more about the Arkansas Carousel by visiting http://www.littlerockzoo.com/.