Carnegie Libraries of Arkansas: Free to the People 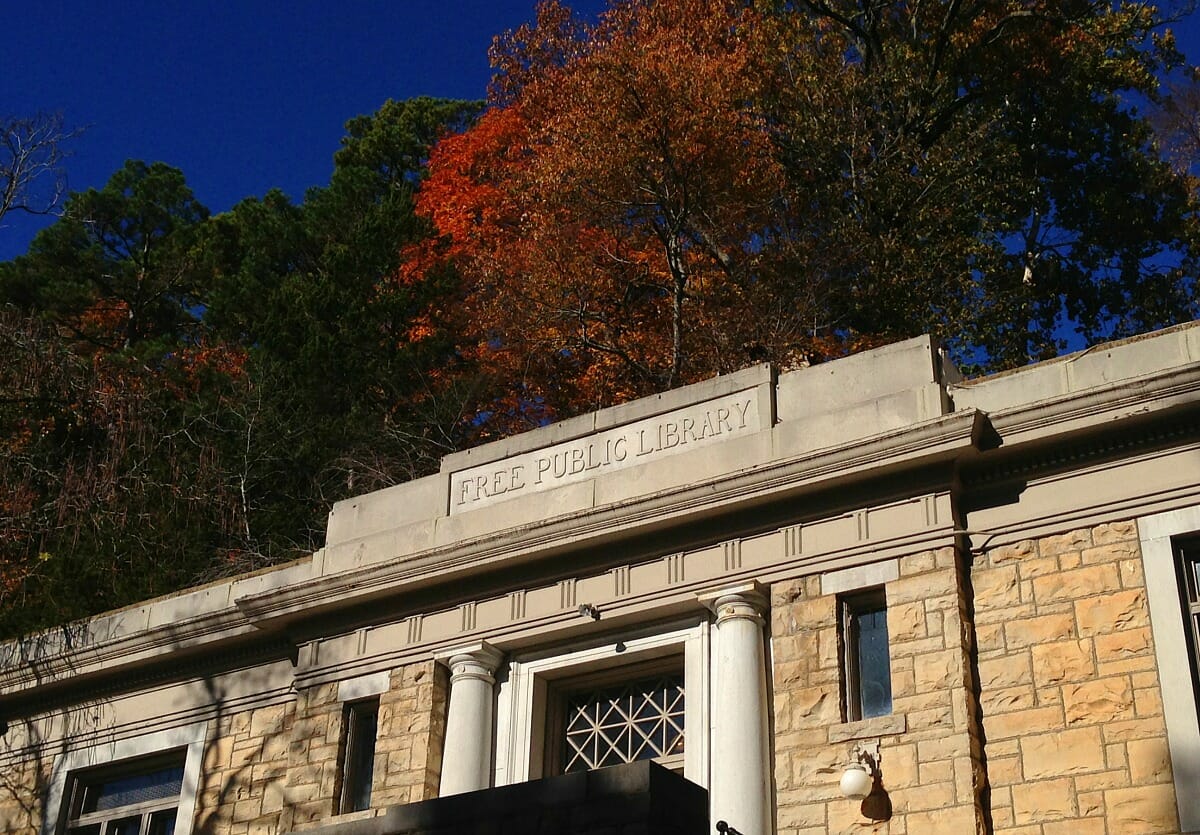 Andrew Carnegie said, “A library outranks any other one thing a community can do to benefit its people. It is a never failing spring in the desert.” Wise words, don’t you agree? In the state of Arkansas, four free public libraries were constructed at the turn of the century with Carnegie grants. Located in Fort Smith, Little Rock, Eureka Springs, and Morrilton, these libraries brought information to Arkansas and changed the very landscape of the communities in which they were built.

Today, approximately 30% of the general population gets its news from Facebook. Nearly any book can be downloaded with one click. With such instantaneous information, it’s difficult for us to imagine how life-changing Andrew Carnegie’s free public libraries were to folks living in the early 1900s. But we’d do well to try. There is much to be learned from the great philanthropic pioneers who helped shape our state and our country.

Andrew Carnegie (1835-1919), who immigrated to the United States as a penniless kid from Scotland, eventually became a dominant force in industry and (at one time) the wealthiest man in the country. He was self-made with little formal education, yet by the 1880s, he’d built a steel empire.

And then he gave it all away.

By the end of his life, Carnegie had given away $350 million  (over 90% of his wealth) to charities and philanthropic endeavors. $40 million was spent building nearly 2,000 libraries across the country, many in small communities that otherwise had no chance of obtaining funds for a library. Places like Morrilton, Arkansas.

Carnegie’s grant process was straightforward. Interested groups only had to submit a request in writing to Carnegie’s New York home, identify the town’s population and building site, and agree to pledge 10% of Carnegie’s total grant for annual maintenance and upkeep.

Fort Smith’s first library, founded in 1891, was located in the Belle Grove schoolhouse. By 1902, the library had grown to be the largest public library in Arkansas with larger space needs. The Fortnightly Club (a literary social club) spearheaded efforts to secure funds for a permanent building. With a $25,000 Carnegie grant in hand, the Carnegie City Library at Fort Smith was constructed at 318 North 13th Street. The library opened on January 1, 1908.

Interesting History: The library was built on the former home site and place where “Hanging” Judge Isaac Parker died in 1896. The original library cornerstone, laid in 1907, included a time capsule. Wouldn’t you love to know what’s inside that time capsule? Me too!

The Carnegie Library at Little Rock (photo courtesy of Butler Center for Arkansas Studies), located at the corner of 7th and Louisiana, was built with grants totaling $88,100. It was designed by New York architect Edward Tilton who designed more than 100 libraries in the U.S. and Canada. This library opened in 1910 and became the foundation upon which the Central Arkansas Library System was based.

Current Status: The building was razed in 1964 to make way for a newer, modern library facility built in the same location.

Interesting History: During building demolition, local citizen William Carl Martin had the good sense to rescue the four stone columns. He hauled the massive sections home in the back of his pickup. The columns are now on display outside the Main Library in Little Rock. Some of the furniture from the original Carnegie library is still in use in the Main Library as well.

The Free Public Library located at 194 Spring Street is one of my favorite buildings in Eureka Springs. That’s saying a lot for a town designed with such incredible Victorian architecture. The library, which appears to be carved into the mountainside, was constructed from locally quarried limestone using Carnegie library grants totaling $15,500.

Current Status: The Eureka Springs library was included on the National Register of Historic Places in 1970. Other than a four-year period between 1916 and 1920 when the library closed due to lack of funding, it has continuously operated as a free public library.

Interesting Folklore: Beneath the staircase at street level, a door (often mistaken for the main door) leads to the basement. According to legend, a mysterious tunnel may have once led from the library basement to nearby Crescent Hotel. Many have searched for the tunnel, but no one has located it.

We can thank the determined ladies of The Pathfinder Club for the Carnegie library at Morrilton, known as the Conway County Library. What started as more of a social club for sharing personal books (first Arkansas book club perhaps?) became the group that solicited funds from residents to purchase real estate for future library construction. Armed with a prime downtown lot and an impressive, rare book collection donated by Morrilton resident W. S. Cazort (later known as the Porter Collection), the ladies qualified for a $10,000 Carnegie grant. Funds were used to construct the library, buy furniture and coal for heating.

Current Status: The original building, added to the National Register of Historic Places in 1978, is still in use as a free public library.

Interesting History: At the time of its opening in 1916, Morrilton achieved the distinction of being the smallest town in America to have a Carnegie library.

How fortunate are we to have two working Carnegie libraries and three still-standing historic Carnegie buildings? Very. This summer, when you’re planning that weekend road trip or activities for the kids, be sure to visit your local library. Libraries provide a valuable link to our past and a bridge to our future.