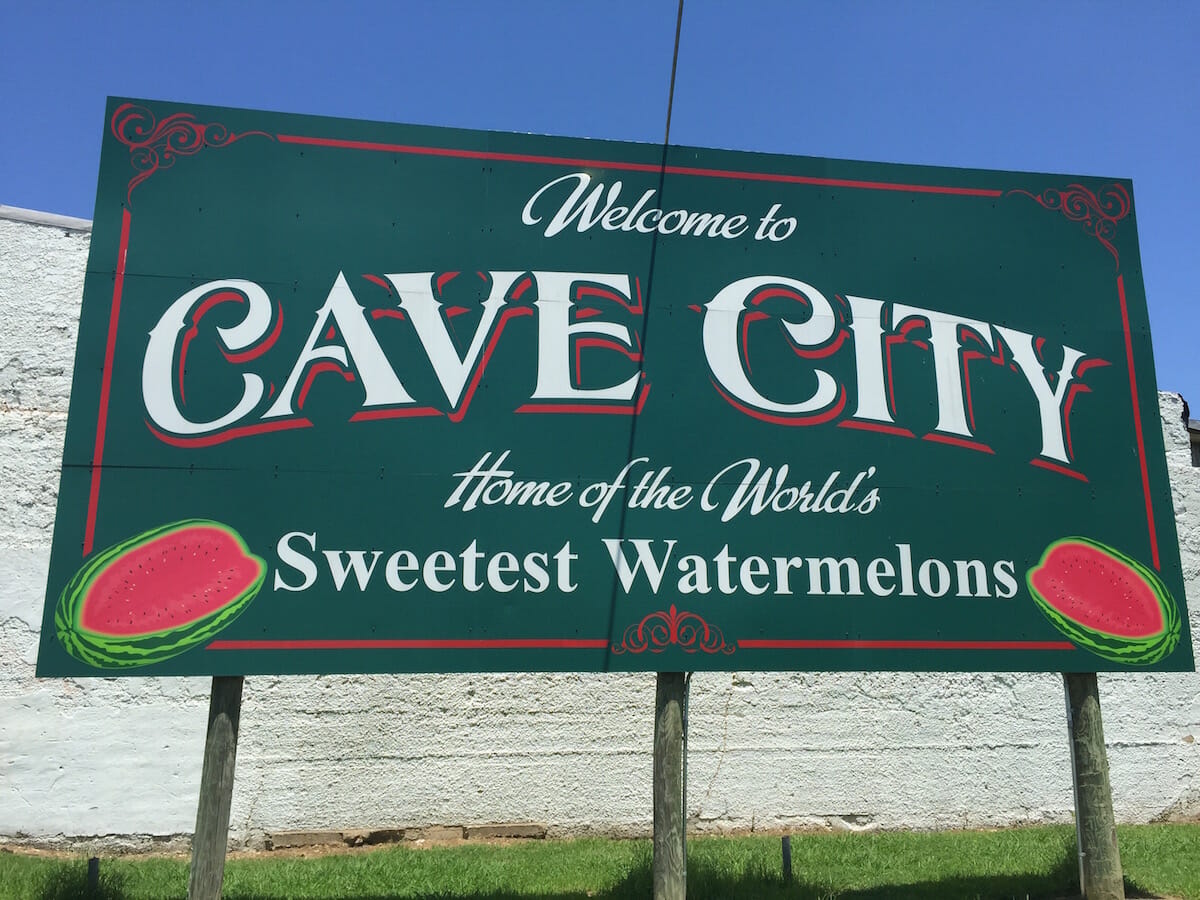 The Cave City Watermelon is a special treat that you have to taste to understand what makes it so special. Farmers around Cave City will tell you that while there is nothing wrong with watermelons from other towns around the state; they are just more of a novelty than a specialty. The fields in Cave City are what makes these watermelons special and gives them that “World’s Sweetest” taste. The area around Cave City, according to the University of Arkansas Cooperative Extension Service, has a layer of limestone that is much closer to the topsoil than in other areas of the state. Combine that with a climate that is nearly perfect for growing watermelons and the somewhat sandy soil that the vines thrive in, and you have yourself a genuine Cave City Watermelon.

Thursday’s events include Watermelon Judging, the Barkin’ Beauties Dog Show and the Mo-Ark truck pull. The evening will conclude with a performance by The Palmers, a family bluegrass band. Jason Palmer, father and leader of the group, was originally from Cave City.

On Friday, the activities kick off in the morning with a kids fishing derby at the city pond. The evening includes the Cave City Cruizers Drive-thru and Burnout which is always fun and exciting. The rodeo will take place at D&S Arena beginning at 8 p.m., and the popular Lockhouse Orchestra will perform from 7:30 to 10:00 on the Main Stage. The Lockhouse Orchestra is based out of Batesville and covers songs from a variety of genres.

Saturday is, of course, the big day for the Cave City Watermelon Festival as it attracts people from all over the state for a day of great fun.

The day will kick off with the Bethany Project Melon Dash 5K. All proceeds from this years 5K will be used to purchase school supplies for children in need in the Cave City area.

Other events will include a petting zoo, a car show, a parade, a horseshoe tournament and the Watermelon Growers Games. Of course, you don’t want to miss the Watermelon Feast/Eating & Seed Spittin’ Contest that will take place on the main stage at 4 p.m. The watermelons will be sweet and plentiful and were graciously donated by local growers.

The family rodeo and a performance by the Grammy Award-winning band, Shenandoah will conclude the festival Saturday night.

For more information about the festival and a full schedule of events, please visit the Cave City Chamber of Commerce website. You can also connect with them on Facebook.