The Battle of Helena Comes Alive 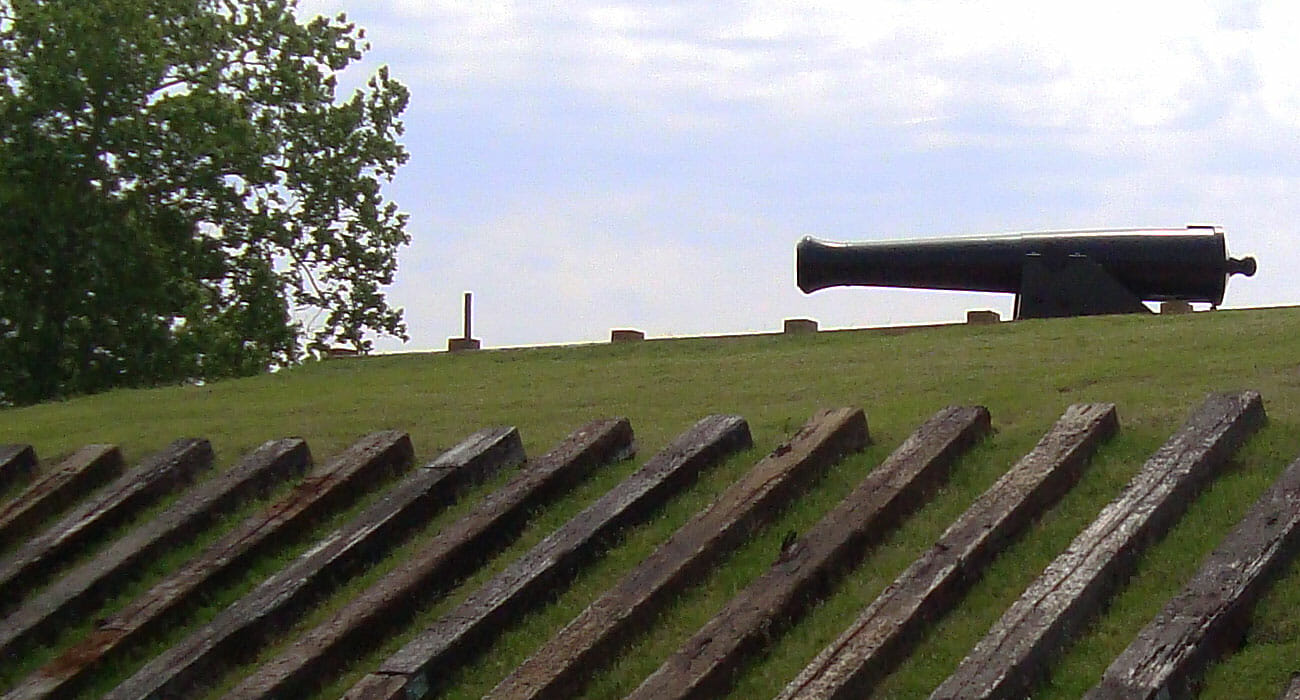 Last year marked the 150th year of the Battle of Helena. I’m embarrassed to say until my recent trip to Helena (courtesy of Helena Advertising and Promotions Commission), I wasn’t aware of this battle. Really, during my school girl years, I was always more concerned with diagramming sentences than history, and this particular battle slipped through the cracks of my Arkansas education.

Freedom Park was the first location in Arkansas designated by the National Park Service as a National Underground Railroad Network to Freedom site. This scenic park is dedicated to the African American experience during the war with five major interpretive exhibits including illustrated panels, life-sized statues, and structures representing a plantation house and refugee dwelling.

Directly across from Freedom Park, Estevan Hall served as a hospital during the war. This property, built in the 1820’s by Fleetwood Hanks, was owned and occupied by Hanks’ descendants for 170 years. The raised base and sweeping veranda are more in the style of Louisiana antebellum homes than typical Arkansas architecture. Estevan Hall is currently undergoing renovations and will be open to the public in late fall 2014 as the Helena Visitor Center with a focus on Civil War history.

Soon after the Union soldiers marched into Helena, Fort Curtis was strategically stationed so that cannons would reach most any direction. The earthen fort, named for the Union General in command, was reinforced with Batteries A, B, C, and D positioned on the outskirts of town. The new Fort Curtis is a replica of the original.

From inside this earthen fort, experience the unique construction firsthand. Interpretive panels provide information on the use of contraband (runaway slaves) for construction. Impressive 24-pounder guns are on display.

Strategically placed along the steep tip of Crowley’s Ridge, Battery C, also known as Graveyard Hill, was perfectly positioned to defend from Confederate land attacks as well as control the Mississippi River. In stark contrast to the lives lost atop this ridge, Battery C offers a truly breathtaking and peaceful view of the town and Mississippi River.

From high atop Battery C, this hallowed land was preserved and protected by a tangled growth of kudzu. Wire structures now mark the original earthen battery.

Development of additional sites is on-going at the pace of approximately one per year as funds allow. Currently under development is a site entitled “Marching into Helena”. This site will consist of life-sized paintings (turned into panels) depicting the Union army marching into Helena followed by escaped slaves seeking freedom. This exhibit will be the first visitors will see after crossing the bridge from Memphis. State flags will fly representing each regiment of soldiers who fought in Helena during the Civil War.

Helena is a must see for history buffs. My quick glimpse of Civil War sites does not do justice to the incredible history lesson that is Helena. Helena maintains over fifty historical interpretive panels throughout the city. Visit Civil War Helena for a more comprehensive look, or better yet, drive on over.

On great fields something stays. Forms change and pass; bodies disappear; but spirits linger to consecrate ground for the vision-place of souls… ― Joshua Lawrence Chamberlain