Metal monolith pops up at Holidaze in Fayetteville 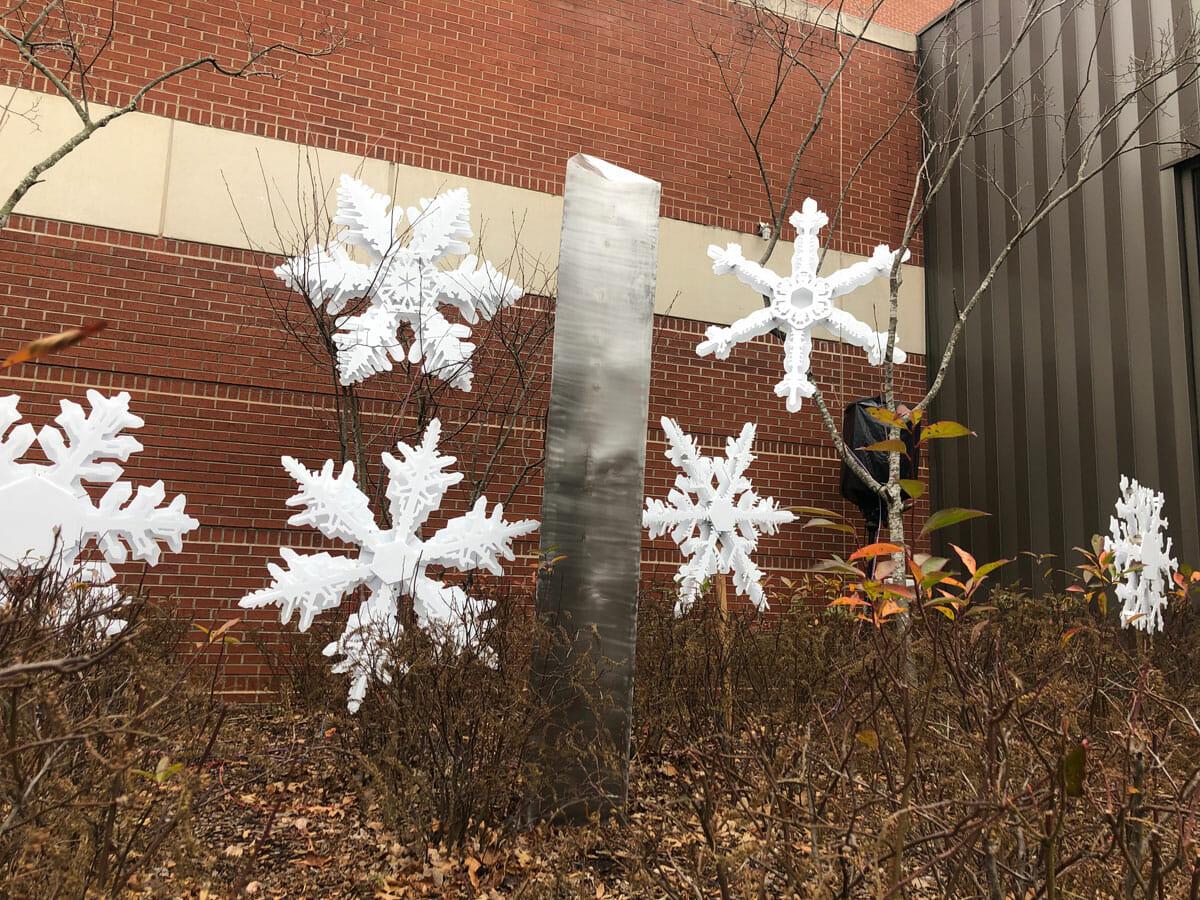 The phenomenon of metal monoliths popping up in odd places around the world has been a source of all kinds of speculation in recent weeks this year.

Now, it appears, Fayetteville is getting in on the action.

The structure is the latest in what has become, apparently, a thing this year after similar structures appeared in a remote area in Utah, followed by appearances in Romania, the UK, Australia, California, and other places around the globe.

When the structures first appeared, speculation among internet sleuths was that they were the work of artists, or extra-terrestrials, or some kind of marketing campaign.

The circumstances around the Fayetteville monolith are a little less mysterious.

Hannah Withers, one of the folks behind Holidaze pop-up bar said they found the structure zip-tied to the fence Saturday morning. Later, they received a message from a Facebook page that said the structure would be making its way around to other local businesses to bring attention to supporting local places in Fayetteville this holiday season.

Happy Saturday Holidaze! You seemed like the perfect venue to make my debut, right here on Dickson Street at the incredible Walton Arts Center.

Looking forward to my (unspecified amount of) time with you. I may seem cold and stoic, but I’m here for a seriously good time ?. Looking over the menu, a Stony Bird seems like the perfect cocktail after the game today. Thanks for letting me hang out, I’m looking forward to meeting all of your friends. #fayettevillemonolith #shopfayetteville #GOHOGS

This erection is expected to last more than 4 hours. Everything’s fine.

Withers said they decided to place the structure amongst some of Eugene Sargents custom LED metal snowflakes he made specifically for Holidaze while it remains in their care.

She said they’re not sure how long they’ll keep it at the moment, though she expects it’ll be moving on to highlight another local place in a day or two.

We reached out to the Facebook page for the monolith to see if we could find out more. The URL for the Facebook page includes the name Julie Caldwell in the name, which could provide a clue as to who is behind the structure.

We’re still looking into it.

The popularity of gymnastics at the University of Arkansas has been on...