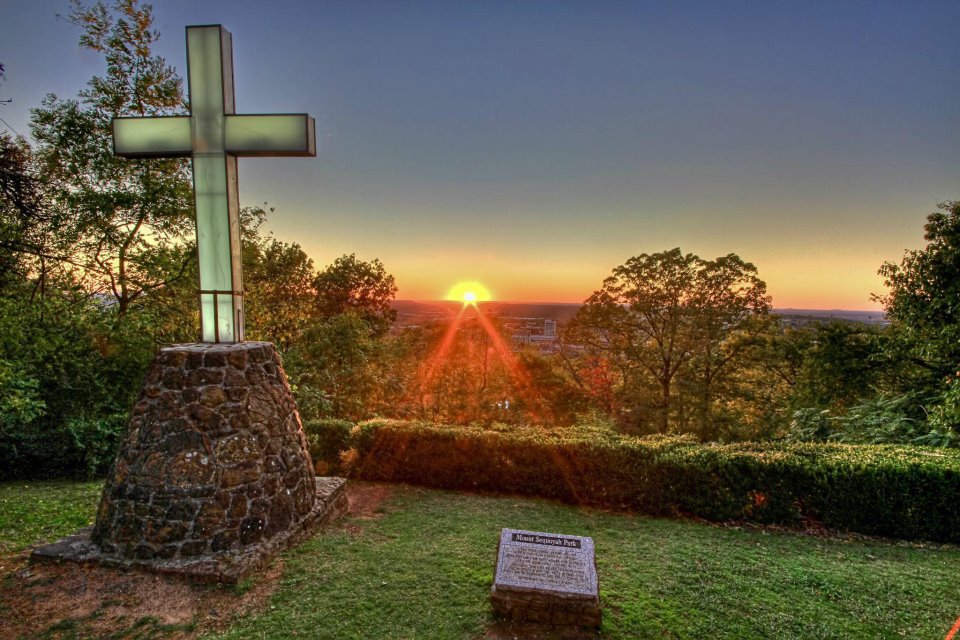 A non-profit organization located on one of Fayetteville’s famous Seven Hills is working to reinvent itself a bit lately.

Mount Sequoyah Center, the 22-acre retreat and conference facility established by the Methodist churches in the region nearly a century ago as a location for church camps and retreats, split from the church in 2016 and has been independently operating since then.

The organization recently hired local design firm Archetype Productions to help with a rebranding effort, along with local consultants The Velocity Group to help create a new vision for its park-like grounds and dozens of multi-use buildings built over the years. The hope is to encourage more locals to spend time enjoying the campus.

As part of that process, Mount Sequoyah officials are also working to develop new programming, starting with a recently announced artist residency program created in partnership with the University of Arkansas School of Art.

Christina Karnatz, Director of Development and Communications for Mount Sequoyah, said the program aims to address a specific need in the artist community.

“What we found was, despite all the growth of the art culture in NWA, that there was something missing,” Karnatz said. “We needed a place where artists can come to retreat and work, but also a place that can connect with artists from other disciplines.”

The organization and UA last month announced a new program called “Creative Spaces at Mount Sequoyah,” which is designed to support artist residencies, studio spaces, and public arts programming on the mountain. The program was created through the work of an advisory board made up of members from the UA’s program in Creative Writing and Translation, the Department of Theatre, the School of Art, and the Walton College of Business, along with local artist community representatives Danny Baskin and Kathy Thompson.

“Via multidisciplinary public events, the residency program, and the studios, Creative Spaces at Mount Sequoyah will serve as a connector for all who engage the arts in northwest Arkansas. Ideally, we’ll convene to appreciate, to cross-pollinate, and even to co-create,” said Adrienne Callander, assistant professor of both the School of Art and the Walton College of Business who will be involved in the program.

“Creative Spaces at Mount Sequoyah will thrive as a gathering place for artists to build connections with peers and community through panels, workshops, residencies, studios, and other art related events,” Evans said in a news release about the program. “Something magical happens when space is dedicated to fostering creativity and learning. Collaborations and connections have the potential to weave their way from our doorstep to other countries and continents.”

“We are planning a series of events that will focus on his great food, but will also tie into our mission as an educational non-profit,” Karnatz told us this week.

Moll started in his new position on Jan. 7, and the first public culinary event is a brewmasters’ dinner in partnership with Fossil Cove Brewing Co. set for Feb. 23.

After that, Moll will conduct regular farm-to-table dinners, beer and wine tasting dinners, pop up dinners, educational classes, and other events focused on food.

“Justice will also be here if you have a wedding, for in-house catering, meetings, or any other event,” Karnatz said.