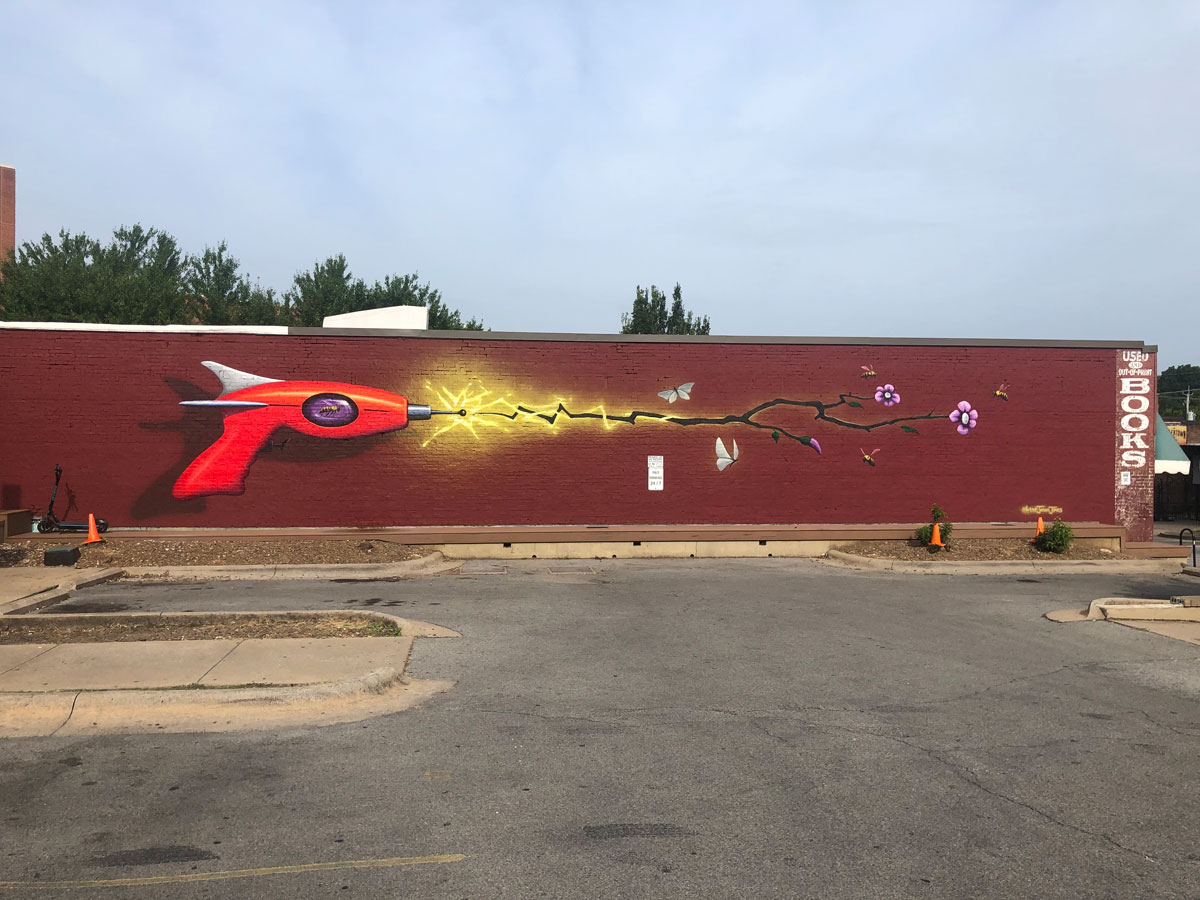 With this year’s Sprayetteville Street Art Festival and other recent public art projects completed in Fayetteville, there are several new murals in and around the downtown area to check out.

Now a new website has launched that includes a photo tour, printable maps, and more to make it easier to find and enjoy the more than 60 works of public art currently visible in the city.

The new site, called FayettevilleStreetArt.com, was created by local resident Kelly Strauch, who said that checking out public art is one of her favorite pastimes.

“I don’t have any specific connection to the street art in Fayetteville (I’m definitely not an artist); I just love street art!” she said. “I really enjoy looking at the street art in other cities when I visit them for the first time, and likewise, my husband and I like to take our out-of-town family around to see the murals of NWA and Fort Smith when they visit us. It’s one of my grandma’s favorite things to do in her visits here.”

She got started with the site, she said, with a list of around 40 murals that she was already aware of. As she started her work compiling photos of them for the site, however, she found others.

“I stumbled upon a bunch of new (to me) murals when I went out to photograph the ones on that initial list,” Strauch said. “For example, I knew about the Shop Local robot mural (by Jason Jones) on College Ave, but I had no idea that there are three other murals within 100 yards of that one until I drove over to the Shop Local one to photograph it.”

As of now, the site is up to 60 Fayetteville murals and is formatted in a way that you can either build an itinerary to experience the murals in person or take a virtual tour to check them out online. The in-person tour doesn’t include images of the murals, so if you aren’t familiar with them, you can experience them for the first time in the environment where they exist in the world.

According to the about section of the site, Strauch defines street art included on the site with the following criteria; it must be at least partially visible from the street; it must be painted directly onto a permanent, standing structure (No signs.); it can’t only be the name, logo, or tagline of a business. Having the name or logo of a business somewhere in the mural doesn’t necessarily disqualify it, but there has to be more to the mural than just that; it can’t be on a residential home.

She also said she isn’t including all the electrical box murals around town just because of the sheer volume of them, but she says those who visit the other murals will certainly pass several of them, and they provide nice surprises along the way.

Strauch said putting the site together took about a month. She said she has worked to try and find the artists names for most of the works, but is still missing a few. She’s also had trouble finding titles for all the works, and several of the titles used on the site she has simply assigned using the location of the murals to make them easier to find.