Things for Hog Fans to do in Omaha 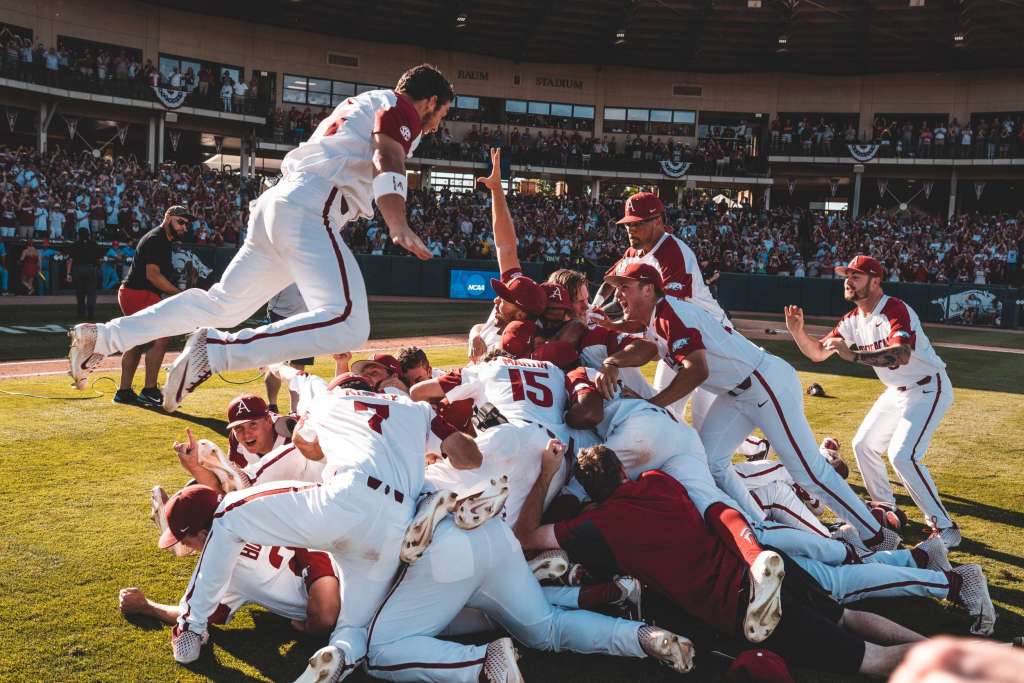 “A Bright Red Razorback caravan is headed to Nebraska, and this time, we’re coming for the whole damn thing.” – Phil Elson.

That was the call from Razorback radio announcer Phil Elson, as the Hogs wrapped up their Super Regional versus Ole Miss last weekend, and in case you were curious, even typing those words a week later can give you chills.

You wouldn’t exactly have to be Nostradamus to predict that Hog fans would be out in full force in Omaha this weekend. And as expected, Elson’s words are already ringing true as Hog fans have flooded “college baseball’s emerald city” in anticipation of the Razorbacks’ appearance in this year’s College World Series.

The Hogs are set to take on Florida State at 6 p.m. central on Saturday night in their first CWS matchup.

The question on at least a few Hog fans minds that made the trip up I-49 (with a few detours thanks to recent flooding) this year is, what to do until game time?

That’s where we come in.

We reached out to our friends at HailVarsity.com, a site covering all things Cornhuskers, to get some local recommendations, and deputy editor Erin Sorensen (who definitely knows her way around the city) from the site provided us with a great list of some of her favorites places to eat, grab a drink, and things to see in Omaha.

After all, we’re planning to be in town for a while.

Thanks to Erin for the recommendations, and since the Hogs are no strangers to Omaha this time of year, we assume some of you have your own suggestions as well. Feel free to share them in the comments below.

Noli’s Pizzeria in Blackstone (4001 Farnam St, Omaha)
Awesome pizza and Erin says, “Coneflower for ice cream after Noli’s and don’t be deterred by the line.”