10 Cheesy Dishes from Around Arkansas 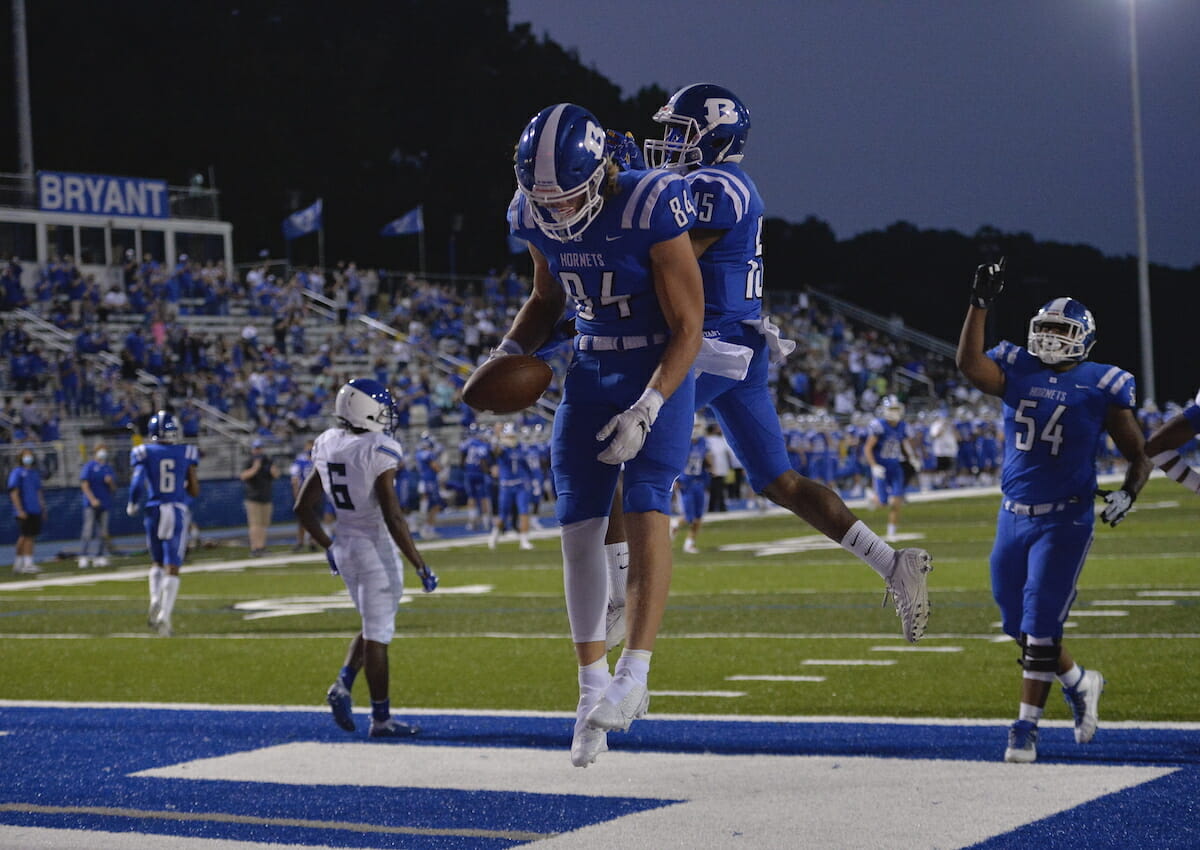 Too small. Too little talent. Not deep enough.

For decades, Arkansas high school football has battled the perception that it isn’t on par with other states in the region. Some of that boils down to results of head-to-head matchups between top teams here and top teams elsewhere. Not since the early-to-mid-20th century dynasties of Little Rock Central High and Pine Bluff High, it seems, have Arkansas teams consistently beat the best other states have to offer.

That may be changing. The best evidence yet came on Friday, Sept. 18, when three teams delivered a huge boost for Arkansas prep football’s national reputation. Bentonville High went on the road and knocked off a Kansas state champion, Bryant High beat a Texas private school powerhouse with 10 future Division I players, and Pulaski Academy beat a Virginia school that has 17 Division I prospects among its 22 starters.

After that 21-10 win over Life Christian Academy in Little Rock, Pulaski Academy coach Kevin Kelley said he wanted to see all three Arkansas teams succeed against their out-of-state competition. “We play for our state,” he told KARK’s Nick Walters. “It’s very important to us to represent our state well.

“We’ve got some kids that are talented and work really hard, but they’re not as big as those kids and we know this. Big colleges have to look at big kids. They want kids that are bigger and stronger and a little faster. But you know, our guys throw and catch and run and hustle as much as anybody.”

The exact same could be said of Bryant in its 44-40 home win over Trinity Christian from Cedar Hill, Texas. Trinity Christian rolled into town bringing considerable buzz to Hornets Stadium. Their offensive coordinator is none other than Deion “Prime Time” Sanders, the dual-sport superstar from the late 1980s and 1990s who became the only athlete to play in both a Super Bowl and a World Series.

Sanders, however, found another dual-sport standout ready to steal the show.

Bryant senior quarterback Austin Ledbetter, a baseball/football star and Razorback baseball commit, led the defending state champion Hornets to perhaps their most impressive win in a stretch that has been among the greatest in Arkansas high school history.

Leading a team with only one Division I scholarship offer so far, Ledbetter and the Hornets struck early and often, building up a 28-6 lead behind contributions from the likes of receiver Hayden Schrader and running backs Jamarien Bracy and Tanner Anderson. 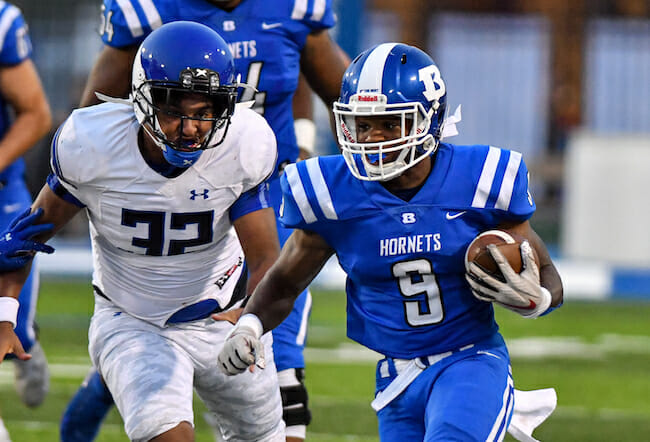 Earlier in the week, Bryant head coach Buck James had praised both tailbacks as underrated players worthy of Division I offers. “Tanner is a strong, shifty running back, and did a great job for us last year,” James said on 103.7 The Buzz. “He’s easily probably one of the two best running backs I’ve ever coached.” James also coached former Hog De’Anthony Curtis, who was an All-American at Camden-Fairview.

Led by quarterback Shedeur Sanders, Deion Sanders’ son, Trinity Christian came roaring back against Bryant. Sanders, a top 50 player nationally, is a pocket passer with a strong arm and great vision. He shocked many onlookers by choosing Florida Atlantic over powerhouses like Michigan, Georgia, LSU, Alabama and even Florida State, his father’s alma mater.

On Friday, Sanders completed 18 of 25 pass attempts for 324 touchdowns and four touchdowns. He also flashed some of the savvy he’s picked up from personal coaching by NFL great Tom Brady.

As good as Shedeur Sanders is, though, it was Austin Ledbetter who staked his claim as the Tom Brady of Arkansas prep football. Not only for the two state titles so far, but also for the way he orchestrated a late fourth-quarter TD to put the game away.

With Bryant down 38-40, the 6’2″ Ledbetter drove the Hornets down the field. On third down and eight, with a little more than four minutes to go, he broke free of defenders and scrambled into the endzone for the winning score.

Afterward, James told reporters that Trinity Christian is very talented and predicted it will win its private school state championship. “For us to compete like we did against a group of athletes like they got — well coached, my hat’s off to our team. I think we did a heck of a job.”

Not just for Bryant football, but for the reputation of the state as a whole.

One big night out of Arkansas football won’t change national preconceptions about the quality of football here. Consider that only Bryant is ranked in MaxPreps’ latest Top 50 poll (at No. 36) and that no Arkansas team cracks USA Today’s Top 10 in the Southeast region, although USA Today does include a Georgia team that lost 21-0 last week.

Upending ingrained bias against the quality of local football won’t be easy.

Eventually, though, it can happen. All it takes is more stepping up and showing out from Bentonville, Pulaski Academy, Bryant and other top Arkansas programs.