Basketball to return to Barnhill Arena 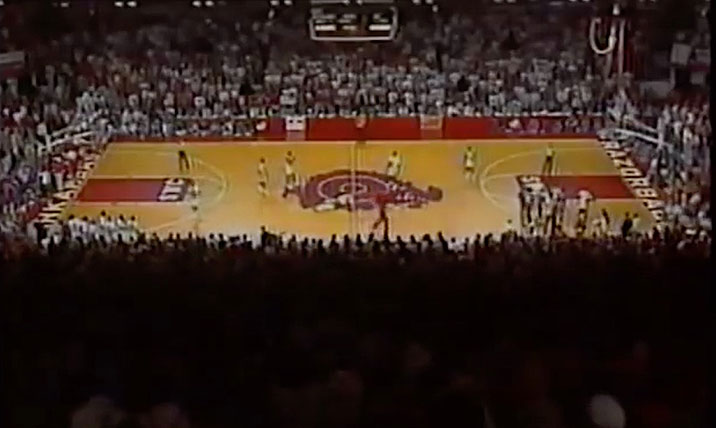 First-year Arkansas basketball coach Eric Musselman gave old-time Hog fans a blast from the past Wednesday afternoon on Twitter, announcing that the Razorbacks would hold their annual Red-White scrimmage at Barnhill Arena, the cradle of modern Razorback basketball.

The scrimmage is set for 3 p.m. Oct. 5, the football Razorbacks’ first open date, and will give Razorback fans their first peek at Musselman’ new-look Hogs. Admission is free, and seating will be on a first-come, first-serve basis.

While the venerable arena remains the home of the Razorback volleyball and gymnastics squads, the event will be the first time Barnhill has been used for a basketball game or scrimmage since the Red-White Game for the 1993-94 season, just before the Razorbacks made their debut in Bud Walton Arena with a 93-67 victory over Murray State.

Musselman caught fans’ attention quickly in his opening press conference as head coach by showing reverence for the storied history of Razorback basketball, and its two hall-of-fame coaches Eddie Sutton (1974-1985) and Nolan Richardson (1985-2002).

Sutton built the Arkansas program from a Southwest Conference also-ran into a national powerhouse in Barnhill, and while Nolan Richardson will always be linked to Bud Walton Arena and the magical first-year in the venue when the Hogs captured their lone basketball national title in 1994, Richardson coached eight of his 17 seasons at Arkansas in Barnhill Arena.

The venue was originally known as Arkansas Field House when it opened in 1957 and served as the basketball program’s home from 1957-93. Throughout the late 1950s,1960s and into the 1970s, it doubled as an off-season workout area for other Razorback sports when it was too cold and muddy to train outdoors.

Shortly after the 1973 death of John “Barnie” Barnhill, Arkansas’ athletics director 1946 to 1971, the facility was renamed in his honor, but it did not begin to build its storied reputation until newly minted athletics director Frank Broyles, who was still serving as head football coach, hired Sutton away from Creighton in 1974.

In a 1991 interview, Sutton described Arkansas’ basketball attendance when he arrived by saying he could have shot a shotgun into the stands and not hit a soul, but that sparse attendance wouldn’t last long.

To enhance the environment, Sutton not only recruited players but fans. He started with the Razorback football team asking them to come to the games and raise a little hell. That effort also extended to the frat houses and other clubs.

While Bud Walton Arena has been known as “The Basketball Palace of Mid-America” since its inception, Barnhill had a reputation of being an Ozark Slaughter House of sorts with rabid Razorback fans creating an uncomfortable environment for opposing teams.

The football players jumped feet first into supporting Sutton’s Hogs and tormenting their opponents, forming what came to be known as the Mad Hatter and Overall Gang. Wearing crazy hats and overalls, the Razorback football players among other students would sit behind the opposing team and give them the business.

At the time, the arena was much more like a high school gym with the fans right on top of the team benches on the sideline. There are stories of opposing players getting their ears thumped and their ears assailed from behind while sitting on the bench.

Texas A&M coach Shelby Metcalf was the first coach I ever witnessed to move his timeout huddle from the sideline to the free-throw lane to escape fan harassment.

The Mad Hatters so frustrated 6-foot-9, Texas Tech center Rick Bullock that he shot Hog fans the double bird upon fouling out of a 1976 game.

While the unsavory antics by the Mad Hatters were cleaned up as Sutton’s marvelous teams drew more and more fans, the reputation for Barnhill was set and Hog fans lived up to it. Sutton had a hard time getting major programs to accept home-and-home series with the Razorbacks.

Legendary North Carolina basketball coach Dean Smith owed CBS a road game, and the network wanted to schedule his Tar Heels against the Razorbacks, but Smith would only accept the game if it were played at another venue.