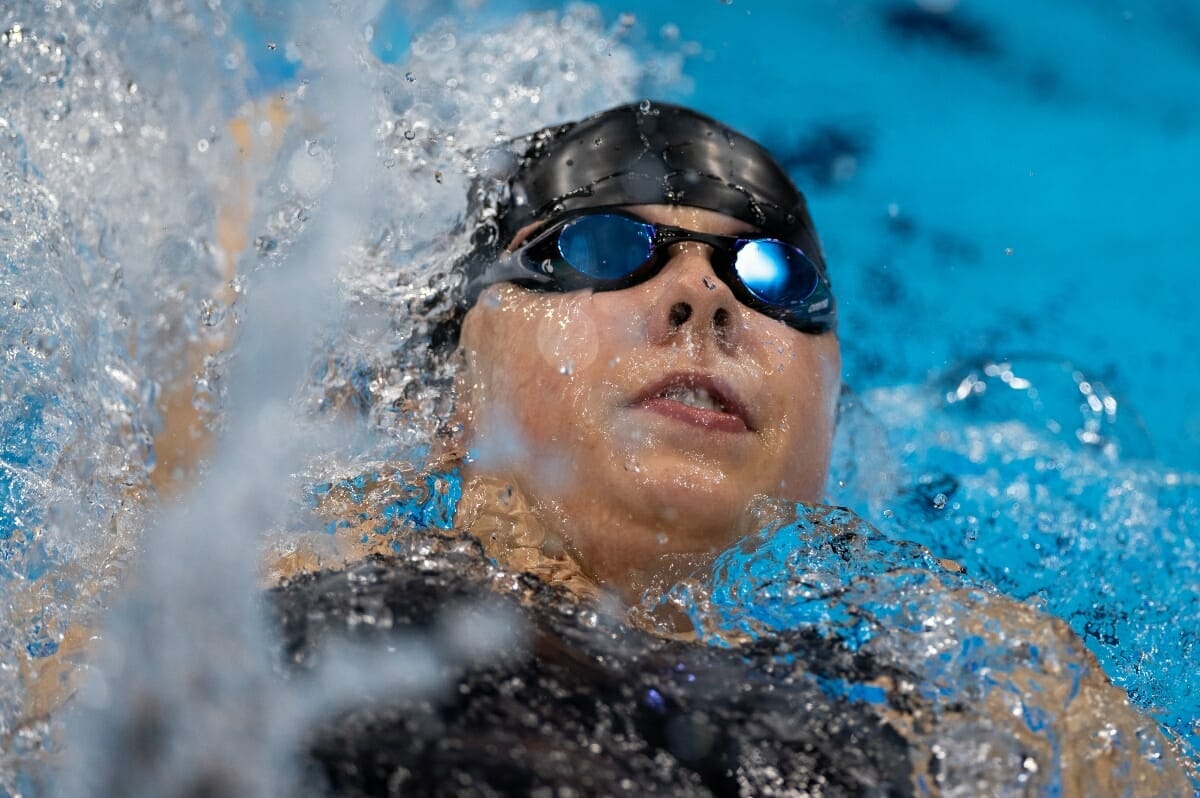 Whatever dream you have, just really hold fast to it, and just keep believing in yourself because you can do it.

Julia Gaffney was born in Russia with proximal femoral focal deficiency (PFFD) of her right leg and fibular hemimelia of her left leg, which are limb differences with missing or poorly formed bones. She lived in an orphanage in Russia until she was adopted by Kristin and Dan Gaffney at 5 years old. The Gaffneys brought Julia home to Mayflower, Arkansas, where she grew up as one of six children.

Growing up, Julia Gaffney played sports just as her siblings did. She played baseball and softball, as well as football with her family and even gymnastics. She was active and athletic, but as she got older, she ran into limitations with these sports because of the prosthetics she wears to walk. Then she discovered competitive swimming. Gaffney swam with the Maumelle Marlins in 2014. In 2015, she moved to a year-round swim team, the Hendrix Aquakids.

Swimming offered Gaffney something the other sports couldn’t; the freedom to compete without the use of prosthetics. “In the water, I’m like everyone else,” she says in her Paralympic athlete profile. The reality is, she isn’t like everyone else in the water. She’s better.

Gaffney burst onto the scene at the 2017 World Para Swimming Championships. She won five silver medals and a bronze at the event and shifted from an emerging swimmer to a competitive athlete to contend with. Gaffney graduated high school and moved to Colorado Springs to train at the United States Olympic and Paralympic Training Center. In 2019, she won her first gold at a major event when she finished just .02 seconds ahead of the competition. 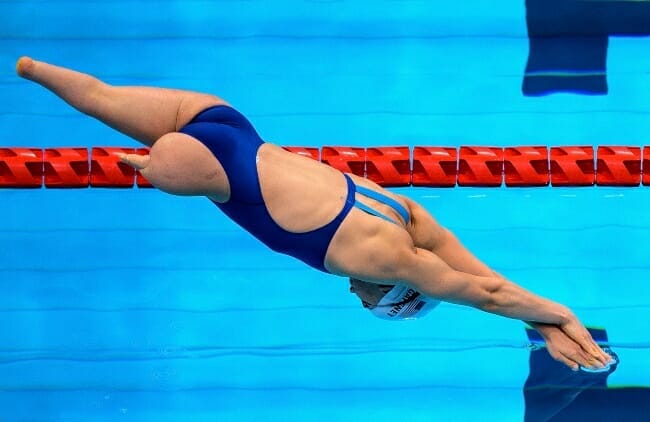 The Paralympic system to classify swimmers is extensive. To ensure fair competition, all swimmers are carefully evaluated and assigned to their classifications depending on how their impairment impacts the sport. There are three categories: intellectual, physical and vision. Gaffney falls into the physical category. Within that category, races are designated with a letter and a number. S stands for freestyle, butterfly or backstroke events. SB is only for breaststroke events and SM is for the individual medley. The numbers that follow these refer to the severity of impairment, with lower numbers indicating more severe physical limitation within the sport.

Gaffney swims in S7, SB6, and SM7 races. Within the S7 classification, she swims a variety of events including the 400-meter freestyle, the 100-meter backstroke, the 50-meter butterfly and the 200-meter Individual medley. Her 2019 gold medal was in the individual medley race. Before the qualifications for the 2020 Paralympics in Tokyo, Gaffney had eight World Championship medals to her name, including her gold, six silver, and one bronze. Along the way, she also set a world record in the women’s S7 100-meter backstroke.

As a newcomer to the sport, Gaffney barely missed the 2016 Rio Olympics when she qualified by time but finished fourth in her category. The top three athletes competed in Rio. Gaffney was determined to qualify for the Paralympic team that would represent the U.S. in Tokyo in 2020. The pandemic had other plans, though. Gaffney was supposed to compete in the World Para Swimming World Series in mid-April of 2020. Instead, she wasn’t even in the pool as everything closed.

During those weeks, Gaffney used an ergometer machine to mimic the strokes she competes in. She also ordered a rowing machine to keep in shape. When training resumed, though, the Tokyo Paralympics had been postponed until 2021. It was a year Gaffney used to perfect her strokes and prepare for qualification. In June of 2021, she swam well at the Paralympic trials and qualified to compete in several events in Tokyo.

Gaffney competed in five events in her Paralympic debut. She qualified in the 200-meter individual relay, placed 8th in the 100-meter freestyle, 5th in the 50-meter butterfly, and swam her way to bronze medal finishes in the 400-meter freestyle and 100-meter backstroke. Two medals in five events is a great finish for a young athlete who only started seriously pursuing competitive swimming in 2014.

While Gaffney was competing in Tokyo, her hometown of Mayflower was following all of her races with excitement. When Gaffney returned home, the town organized a drive-by parade past her family’s home to celebrate the two Paralympic medals and how Gaffney represented Arkansas in Tokyo. 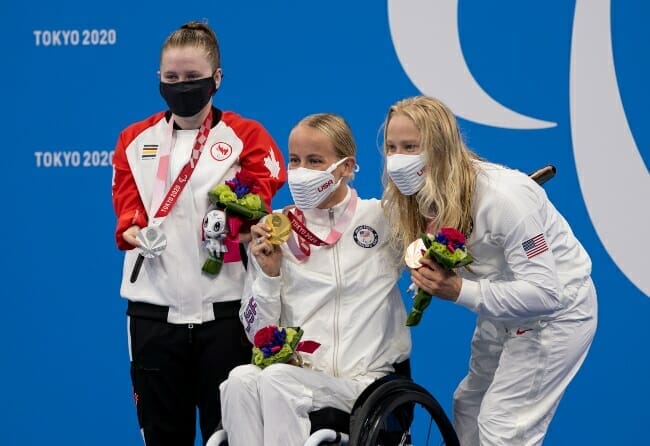 The future for Julia Gaffney could be even brighter. At 21, she’s just coming into her own as a competitive swimmer. The 2022 World Para Swimming World Series will be held in Indianapolis in April. In 2017, Gaffney said she hoped to make the 2020 Paralympic team and medal. Now that she’s done that, the 2024 Paralympics in Paris aren’t that far away. If Gaffney still dreams of adding Paralympic medals to her list of achievements, she has the drive and determination to do it.

Photos are courtesy of Olympic Information Services and Kristen Gaffney.