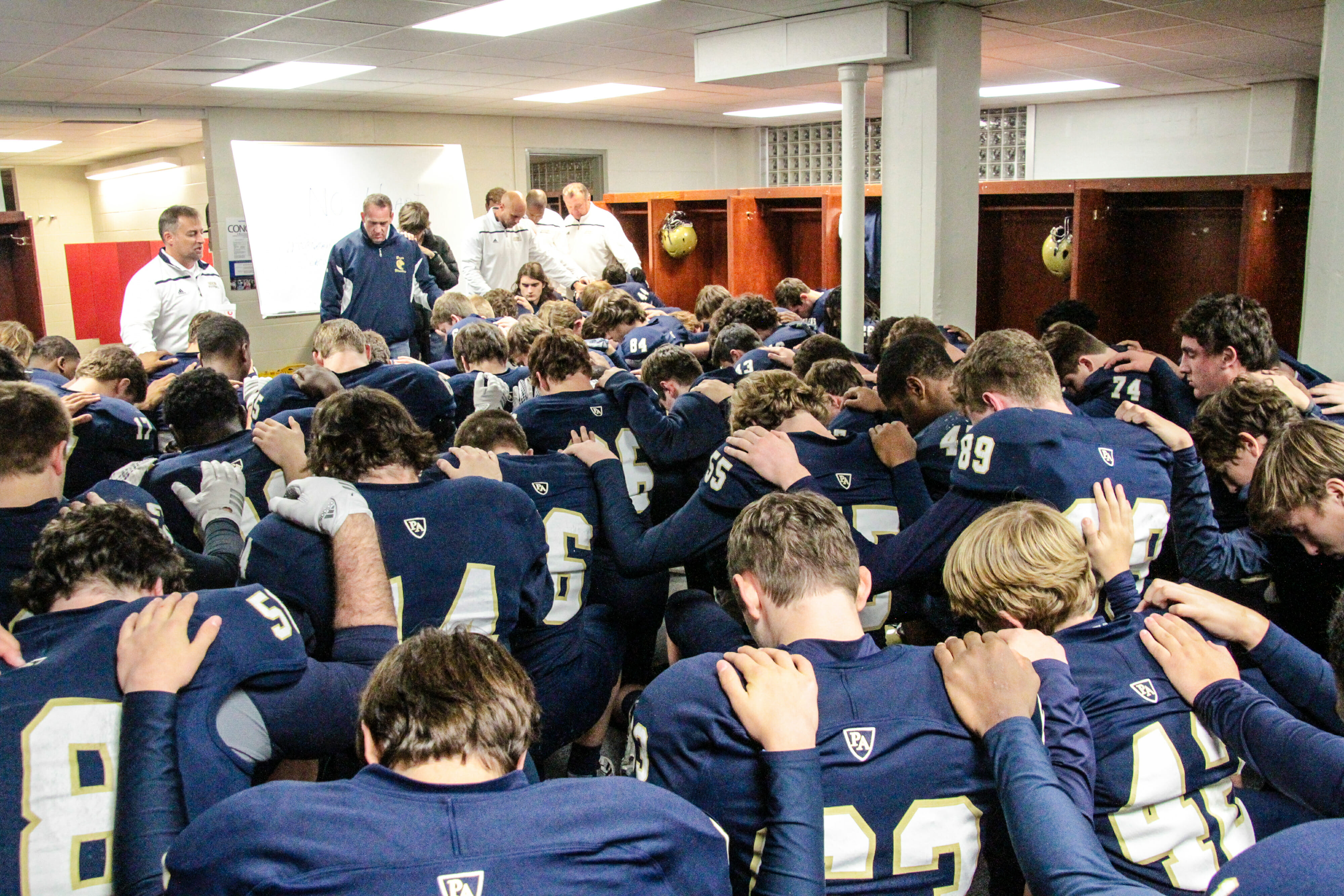 As the state title count for Pulaski Academy rises, so does speculation about football coach Kevin Kelly’s future.


Photo is courtesy of Sheldon Smith

No high school football coach in America generates more buzz than Pulaski Academy’s Kevin Kelley. His teams’ highly unorthodox tactics, coupled with extreme success, have attracted national media reporters to the private school in west Little Rock to watch his Bruins and discuss the coaching philosophy which got Kelley an invite to speak at MIT’s Sloan Sports Analytics Conference. Even NFL executives pick his mind.

Through it all, Pulaski Academy keeps rolling. The Bruins won their second consecutive state championship and fourth in the last eight seasons recently. Although this year’s squad finished 14-0 and scored arguably the most impressive win of Kelley’s career by toppling a Texas powerhouse on the road, the season still held some rough patches.

Kelley’s son, a star senior receiver for the Bruins, suffered an ACL tear this summer which threatened to keep him sidelined for the entire season. Thanks to what may be world record-setting speed of recovery, Zack Kelley made it back onto the field in advance of Pulaski Academy’s 5A state championship showdown with Little Rock McClellan. That game ended in controversy when Kelley called for an unnecessary last-minute touchdown pass to pad the final margin to 50-30?

The playcall generated lots of criticism but in a Facebook page post Kelley explained why he felt compelled to show a lack of sportsmanship. In the succeeding days, through, he reexamined his reasoning, confessed he was wrong and issued an apology in which he calls himself an occasional “idiot.”

An enduring readiness to question his own assumptions, and those of the majority of other football coaches, is near the heart of why Kevin Kelley is one of the nation’s most interesting football coaches. In a typically authoritarian culture that prizes tradition for the sake of tradition, Kelley relentlessly seeks out the why behind practices and strategies. The numbers tell him essentially never to punt, always go for it on fourth down and always onside kick it, so that’s what he does.

He doesn’t think teenagers on a practice field become any more disciplined by being constantly whistled at, so Bruin coaches don’t use whistles. He believes arriving two hours early for away games translates into too much idle time and is not a smart way to maximize his players’ focus heading into a game. So, his teams don’t arrive until about 45 minutes before kickoff.

Given that Pulaski Academy has won more than 85% of its games in 12 years under Kelley, you would think more schools would try to emulate his strategies. As far as Kelley knows, only two other high school coaches in the U.S. fully embrace his no-punt/always onside kick tactics.

No college has yet gone this route, though, despite Kelley’s growing fame. And despite the fact columnists keep penning op-eds urging college athletic directors of programs stuck in cycles of losing and mediocrity to bring Kelley on board in some capacity, whether as head coach or offensive coordinator. This year, a New York City writer called for Kelley to take over at the Ivy League’s Columbia University. Sports Illustrated’s Andy Staples believes a bigger school like Kansas or Purdue should give Kelley a shot.

“Instead of playing conventionally, losing and getting fired every three-to-five years, why wouldn’t David Beaty at Kansas or Darrell Hazell at Purdue try something dramatic in an attempt to close the talent gap between their teams and their opponents? Nearly every great football innovation has come out of an attempt to close a talent gap,” Staples wrote. “Why hasn’t some college coach whose team is perpetually doomed by history and circumstances tried this?”

There are a few likely reasons.

For one, the average Division I punter kicks the ball much farther than the average high school punter. Longer punts translate to better field position. This means, on average, choosing to punt rather than go for it produces more advantageous field positions in college than in high school. Still, even factoring for this difference, data still indicate college football coaches overvalue punting and should more often go for it. “We’re the last major sport to bring analytics in,” Kelley said during a recent trip to South Bend, Indiana to analyze a Notre Dame-USC game. “I think in some people’s minds it scares them a little bit.”

For sure, risk aversion is a major factor here. College football at the higher levels is big business and a bad loss can often cost a coach hundreds of thousands if not millions of dollars. Kelley’s tactics so run against the grain of tradition that on the college level it would take not only a coaching staff and players to get fully behind them, but that program’s administration, fans and boosters as well. Conversely, at the high school level, pressure to win big every year is far less intense. Plus, it helps that Kelley also serves as P.A.’s athletic director.

In college, he would have to answer to a separate athletic director and possibly a head coach. More people would need to be on the same page, especially in the first season when/if the tactics initially produce losses that would make fans of other programs ask for the head coach’s head.

“Let’s say it’s fourth and one and you’re on your own 20 in the first quarter,” Kelley says during a recent phone interview. “The numbers say “Go for it.’ If you do, and you don’t make it, then you might get fired tomorrow. But if [the coach] punted it right there, they’ll keep their job the next day.”

“It won’t matter even if they lost.”

Kelley also points out most college coaches don’t trust pure data as much as they do their own coaching instinct and experience. If an algorithm dictates when to roll the dice on fourth down, are you actually coaching at that point? Such a question “hurts the ego,” especially the male ego, Kelley points out. Fans looking at a no-punt philosophy may say ‘Wait, wait, he’s just using numbers. Anybody can do that.’ Which is not necessarily the the case because you get so many things that come along with coaching.”

For Kelley, one such wrinkle these last few seasons has been the additional joy and challenge of coaching one of his own children. Now that Zack Kelley’s high school career is over and Kevin Kelley won’t have any more children playing for him, would he be more interested in entertaining any future college coaching offers?

“I wouldn’t say ‘more interested.’ If the situation’s right, for sure, but if it’s not I’m in a great spot. I’m in maybe the best high school spot in America.”

Pulaski Academy fans strongly voiced their support for Kelley this past week when he came under fire for his play calling. That support shouldn’t wane if he ever gets the chance to embark on one of the greatest experiments in college football history.

For more insight from Kevin Kelley, including thoughts on his latest experiment with rugby-style lateraling and why former Bruin Hunter Henry projects to be a Rob Gronkowski-like player in the NFL, visit BestOfArkansasSports.com.