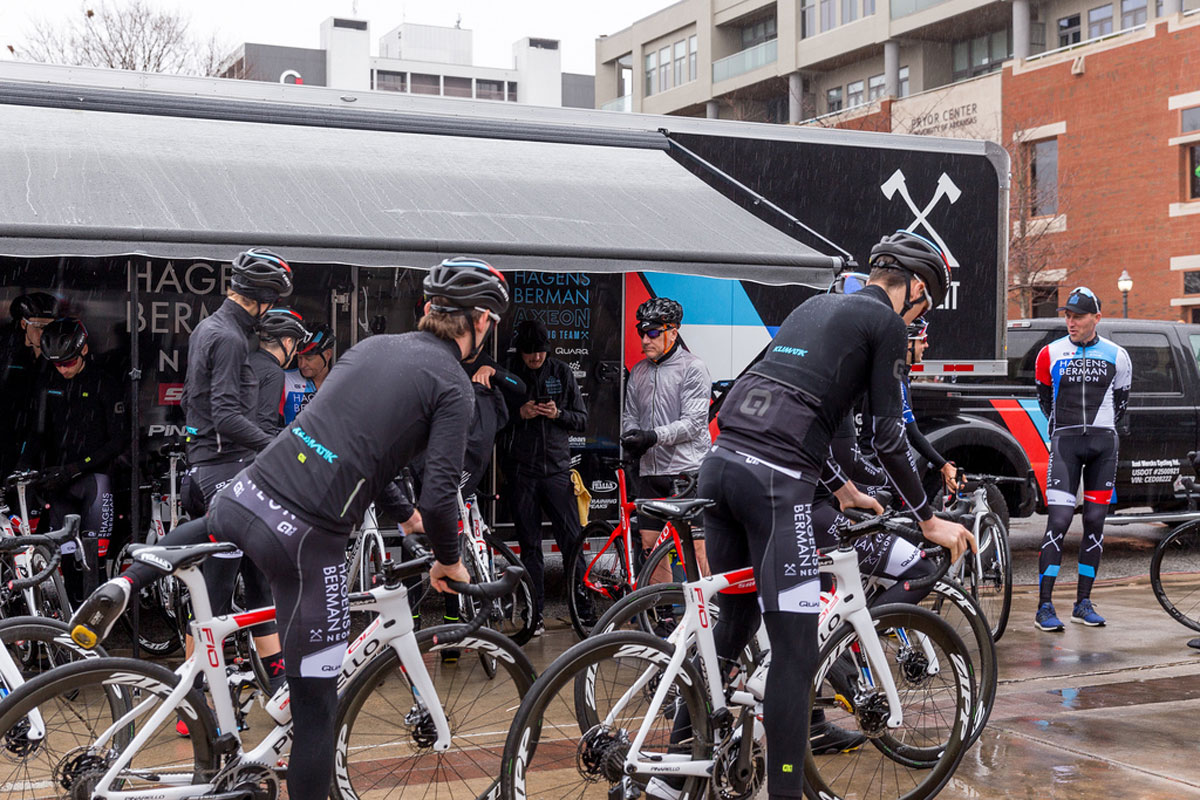 A professional cycling team that has so far sent 26 riders to the World Tour was in Fayetteville this week for its annual training camp.

Hagens Berman Axeon, led by Belgian former pro cyclist Axel Merckx, aims to develop talented young riders under the age of 23 into professional athletes who compete at the highest level.

The group arrived in Fayetteville in late January for 10 days of riding and camaraderie-building in preparation for a season of racing across North America and Europe.

The team was brought to town with help from Experience Fayetteville, the city’s tourism bureau, which has recently put a focus on promoting cycling in and around Fayetteville.

Rawn said the team’s social media following and the coverage that occurs as a result of working with pro riders should draw new attention to Fayetteville and tell a powerful story to the rest of the cycling world.

It’s good timing, too, as Fayetteville was just selected as the site of the 2022 Cyclocross World Championships. It will be just the second time the United States has ever hosted the event, which was first held in 1950 in Paris, France.

The region’s hilly topography also played a role in luring the team to Fayetteville.

“Fayetteville has been perfect,” said team director Merckx. “It’s a beautiful area, and the routes we’ve explored have really served the team well in their training.”

Merckx is no stranger to riding on tough terrain. He won the Belgian national road race championship in 2000 and a bronze medal at the 2004 Olympic Games in Athens. His father Eddy is a five-time Tour de France champion.