The Miracle League of Arkansas 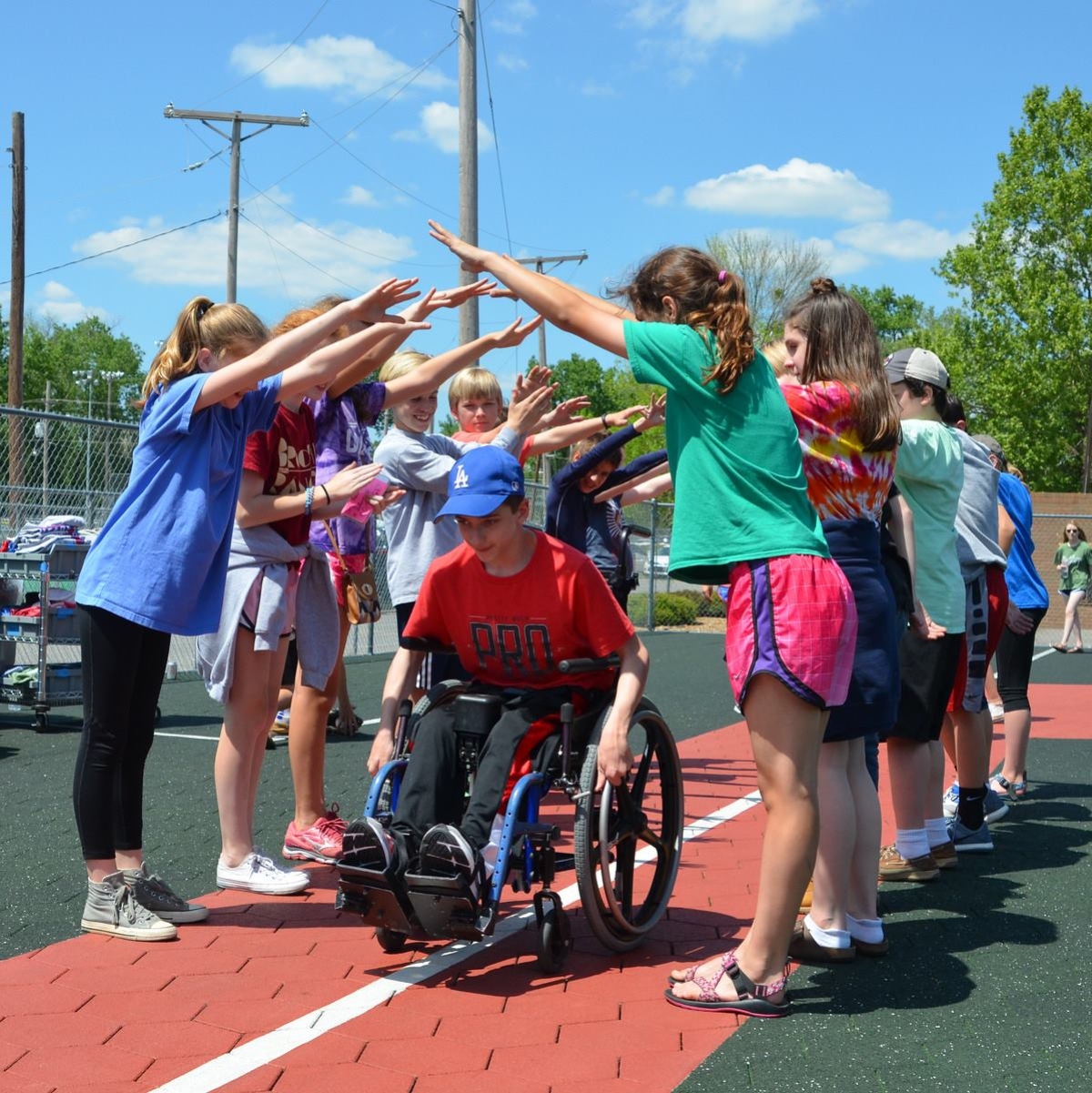 Baseball, long nicknamed America’s favorite pastime, has a long history dating back to the mid-1800s. The first professional men’s team formed in 1871. Boys also picked up the game, and even some girls were playing in the 1860s when Vassar College fielded a team. Baseball continued to grow in the 20th century as the professional leagues gained fans. In 1939, Carl Stotz founded Little League Baseball, connecting boys to teams all over the country. In 1974, girls were admitted as well. Since then, millions of boys and girls have enjoyed the excitement of hitting a ball, running the bases and hearing the cheering of fans as they cross home plate.

Baseball hasn’t been accessible to everyone, though.

In 2004, Peggy McCall attended an adult league kickball game, where she bumped into a friend whose son had played baseball with McCall’s son. They reminisced about how fun those days were for their children and for them and what special memories the families carried from those baseball days. McCall was working for Kidsource Therapy in Benton at the time. She was around children with disabilities while at work. McCall recognized at that moment that every child should have the opportunity to experience baseball.

“I went to work Monday and said we said we need to start a ball program,” McCall remembers with a laugh. She was serious about the program, though. She met with the mayor of Little Rock to ask for land to build a field that would accommodate baseball players with unique needs, such as flat surfaces for wheelchairs. It turns out she wasn’t the only one to approach the mayor about this need. Rotary Club 99 also wanted to build a Miracle League field as a centennial gift to the city.

In 1998, in Rockdale County, Georgia, youth baseball coach Eddie Bagwell invited 7-year-old Michael, who used a wheelchair, to be on the baseball team with his 5-year-old brother. The boys went to every practice and game together. Michael cheered from the sidelines that year, but the next year, other children with disabilities wanted to participate in the program. The youth baseball association formed a league with four teams and 35 players. The league modified its rules to allow children from all backgrounds to be able to play. Every player bats each inning. Every player is safe on base. All players score a run before the inning is over, and the last one to bat scores a homerun. At the end of the game, everyone wins. The league also instituted a buddy system, supplying every player with a disability with a community member to assist when needed and cheer on the player.

By the spring of 1999, the league knew they needed a special surface to allow players a safe surface to participate with little risk of injury. The Miracle League was formed with this in mind and the Rotary Clubs of Rockdale and nearby Conyers combined forces to create the new baseball complex. It was completed in April 2000 with fields of cushioned, rubberized surfaces that were barrier-free and included accessible dugouts and restrooms. The league was an immediate success and began receiving national attention. Soon cities across the country were reaching out to The Miracle League, ready to build their own. McCall visited Birmingham, Alabama’s Miracle League facilities in 2004 and returned ready to see Arkansas launch its own league.

Miracle League of Arkansas Founder Peggy McCall hands out an end of season trophy to a player.

The Miracle League of Arkansas began its first baseball season in 2006. The teams followed the same rules created by the first Miracle League in Georgia, including the buddy system. “The main thing is the game-day experience,” McCall says. “Everyone has fun, no one gets hurt.” Buddies are an integral part of game day and come from youth organizations, schools, companies and the community at large. Children must be at least 14 to participate as a buddy. Parents of Miracle League players give game-day buddies a brief description of their child’s disability before the game. McCall says many people who volunteer as buddies feel a little intimidated by the first game if they have had little opportunity to interact with children with disabilities. “Sometimes buddies who were so nervous before realize an hour has passed and they had entire conversations.” The buddy system helps break down barriers between people on a barrier-free baseball field.

The Little Rock Miracle League quickly progressed to several levels. Players now compete in either A, AA or AAA ball, with A the beginner level. In AA, ballplayers compete without a buddy and must be 12. They start to use baseball gloves. In AAA, ballplayers keep score, have strikeouts and winners and losers. “I never thought we’d get to that level,” McCall says. “I was shortsighted. One kid who used to play AAA ball is now at Florida State University studying sports management.” That is a powerful testament to the need for a league where every level of player is welcome.

McCall’s vision is for every part of Arkansas to be within an hour’s drive of a Miracle League. Within three years of founding the Little Rock league, she set her sights on Northwest Arkansas, her former home. McCall was once a local youth leader. She contacted some of her former youth group and quickly got them on board with the idea of building a Miracle League in NWA. In 17 months, they raised $710,000 to build two fields, concessions and bathrooms. The league began in the fall of 2010 with 42 players.  “We consciously didn’t promote a lot at first because…we didn’t want to grow too fast,” McCall says. Currently, the Northwest Arkansas and Little Rock leagues have 450 players combined.

Jordan Smith of Northwest Arkansas has been deeply involved with the Miracle League for many reasons. Her younger brother, Kole, was diagnosed with a disability at a young age. He started playing in 2010 and hasn’t stopped. “He’s 19 now and loves when it’s baseball season. I was a fan for about six years then got on the staff,” Smith says. “I began coaching his team one to two years ago and it’s such a fun way for us to bond. We already have a super close relationship but this just tightens it even more.” Smith has managed social media for the NWA League, but also reaches out to local high schools, community groups and university groups that are looking to volunteer. The league needs between 350 and 420 volunteers each season, including coaches and buddies.

“Everybody in the community needs to know that they can come out and volunteer and it will change their lives. It will change their perspectives,” McCall says. Smith has her own take on what the Miracle League means to her. “I love being part of this organization because this is something that is needed in the special needs community. These kids (we also have adults that play) should be able to have a way to play sports and this allows for that. We are very much about inclusion, which is huge in my eyes.”

The Miracle League is also in Hot Springs, Jonesboro and Monticello, and one is being formed in Searcy. McCall is planning to add a league in Batesville as well, edging closer to the goal of providing a league near every child with a disability who wants to be able to play baseball. “Our players teach everyone so much just by being themselves,” McCall says. “They’re super cool people.”

The Miracle League had to cancel its fall season this year because of the current pandemic, but on Oct. 24, the league is holding a drive-by parade at the fields in Little Rock and Springdale for players to pick up goodie bags. Learn more about how to become involved in the Miracle Leagues in Arkansas at miracleleaguear.com or on the league’s Facebook page, The Miracle League of Arkansas.

Photos courtesy of the Miracle League of Arkansas and Jordan Smith.