Floyd Gardner: They Called Him “Jelly”

This week's photo of the week is courtesy of... 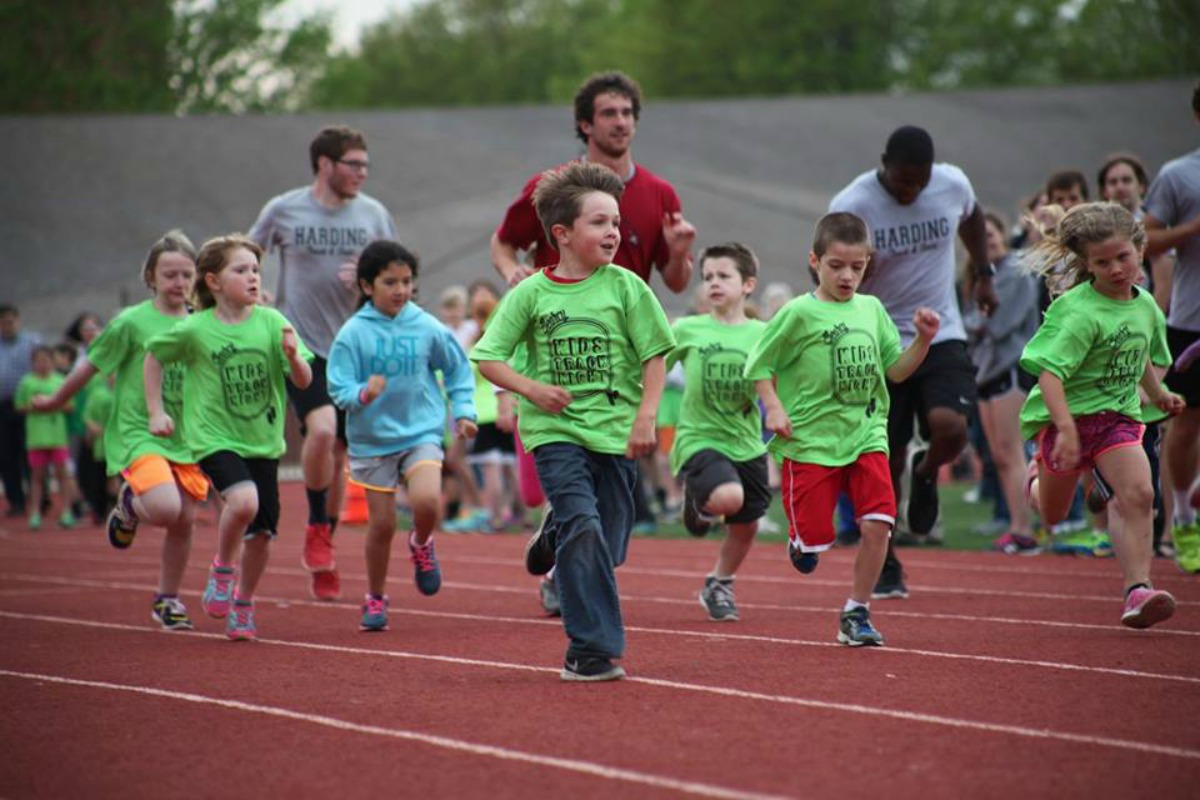 Some choose to run.

Some run from running.

And for some, running seems to choose them and propel their life down a path they may never have imagined.

For Tia Stone, the women’s winner of this year’s Little Rock Marathon, running was something she chose but also something that chose her.

Tia began running at the age of five or six. Her father was an avid runner and she enjoyed tagging along with him on runs in her home state of Pennsylvania.  When she attended high school in Florida she was running on her high school team and was ultimately recruited to run for Harding University in Searcy, Arkansas.

Stone’s story after college begins like many others.  She moved away and fell in love and started building a family.

Tia and her husband John met in California and married with the Golden Gate Bridge as a backdrop to their lives.  In 2002, they moved back to Arkansas for school and work. Tia took a break from competitive running to have three children who are now 11, 10 and 8.

When John decided to start training for the Little Rock Half-Marathon in 2009, Tia trained alongside him.  She loved the way running made her feel , but baby four (who is now 5 years old) came along so she wasn’t able to get really serious about running again until 2012.

Balancing running with family can be tricky, so Tia usually trains in the mornings before her kids get out of bed.  Even though she is an RRCA coach and president of the Searcy Rush Running Club, she uses an online trainer as she trains for the bigger races.  Her workout consists of daily runs that are fairly easy and a day or two of longer, more challenging courses.

All her training is paying off and she started seeing big results in 2013, placing in some of the bigger races around the state.  The Little Rock Marathon had been on her radar for a while but illness had kept her from running in 2015. This March, all of the pieces fell into place and Tia spotted that tape across the finish line and pushed hard.  With an official time of 3:00:23, Tia stone was crowned the women’s winner of the Little Rock Marathon.

Tia Stone is not one to show up at a race and then disappear into her own little world until the next race. Tia has been busy serving as the president of the Searcy Rush Running Club and directing the Searcy Kids Track Night series.

Searcy Kids Track Night began several years ago when Tia started looking for ways to get kids involved in running.

“Kids just love running. It’s not scary, or a chore, or something they have to do.”

Searcy Kids Track Night provides events to get kids involved in running and hopefully instill a love for physical activity for a lifetime.  Due to the wonderful support of local sponsors, Searcy Kids Track Night is free to all kids ages 1-13. Track meets take place at the Harding University track once a month from April through October and include events from the 50m to the mile.  Tia has a great post on her personal blog that will help you get started if you are interested in hosting a Kids Track Night in your own town.

Tia’s personal goal for the year is to qualify as an “Iron Runner”. In order to do so, she must complete a series of 20 specific events.  In 2015, there were only 28 Iron Runners in the entire state of Arkansas.

Tia has completed nine running events this year and has 16 more on her schedule.  She is most looking forward to participating in the San Francisco Marathon in July. Tia and her husband John married outside the Golden Gate Bridge and she is excited to celebrate their 15th anniversary by crossing the bridge as part of the race.

Tia feels that she owes a lot of her success to the support of her family.  Her husband encouraged her to get started and to keep going. He corrals the kids and makes sure they are there to support her along the race.  Tia said the best part of winning the Little Rock Marathon was that her family was able to be there along the race and at the finish line to cheer her on.

Tia writes a blog called Arkansas Runner Mom where you can read more about her races. You can also learn more about Searcy Rush Running Club and the Searcy Kids Track Night at SearcyRush.com.

There is a world of wonder right in Arkansas backyards that you might be...

It is no surprise that Arkansas is well-known and well-respected in the...

Arkansas is rich in wildlife, boasting over 70 animal species living from...