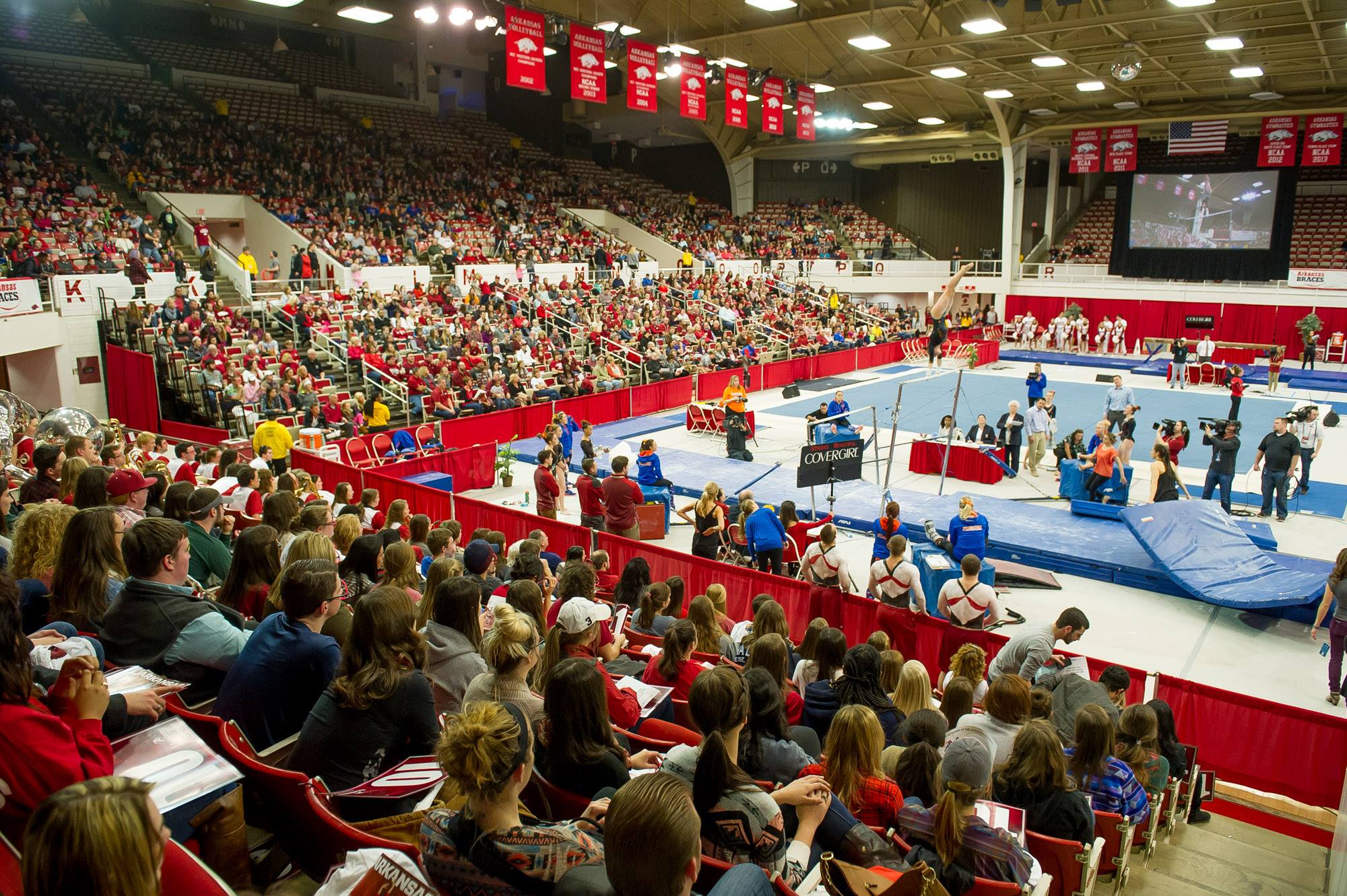 The GymBacks host home meets in Barnhill Arena, which is cozy enough to provide a great view from any seat. The season runs from January through early March, and draws quite a large and enthusiastic crowd at home. The support and camaraderie among the teammates is very obvious, with lots of encouragement and high fives handed out during competition. As a mom of three, I like my children to witness such great sportsmanship and positive influences.

In a gymnastics meet, the teams rotate through four stations: vault, uneven bars, floor exercise and balance beam. There is constant action on the floor, which keeps the pace moving quickly. At the end of competition, awards are given based on both individual performances and the total team score, thus providing winners in each event.

Since my children are now old enough to be interested in more than the concession stand, we try to attend a couple of meets each season. It’s a great family activity, and very affordable at only five dollars for admission. During this recent family outing, we were entertained not only by the gymnasts on the floor, but also by the row of tween boys in front of us who jammed to the “Dance Cam” during breaks in the action.

In addition to Arkansas’s win during this meet, the obvious crowd favorite athlete did not disappoint. Sophomore Amanda Wellick received the highest scores in both the floor exercise and vault, which gave her the overall individual award at the end of the night. The crowd showed its support for Wellick with an eruption of applause during the award presentations.

The GymBacks program knows how to keep fans coming back for more; there are always fun promotions like Pink Night to support breast cancer awareness or special giveaways and theme nights like Father/Daughter night. And, like this week, they show appreciation to their fans by staying after the meet to sign autographs for fans and future aspiring gymnasts alike.

If you haven’t been to a GymBacks meet before, you still have time. There are two more home meets this season. Find the remainder of the schedule at http://www.arkansasrazorbacks.com/ or follow the team on Twitter at @razorbackgym for other team news.

A little about Rhonda Bramell.

Arkansas Women Blogger member Rhonda Bramell is a working mom of three living in Springdale, Arkansas. Nobody will ever say her house is too clean or her life is too glamorous. Follow her family's shenanigans at Bramell, Party of Five, where she has been blogging for nine years.

On the surface, it may seem like all furniture stores are basically the...

0
0
The Baby’s Room: Sugar, Spice and Everything Nice For Baby
Rhonda Bramell

Planning for the arrival of a new baby is one of the most joyful and...

0
0
How Much is that Doggie in the Library Window?
Rhonda Bramell

If you haven’t visited your local public library in a while, you might...