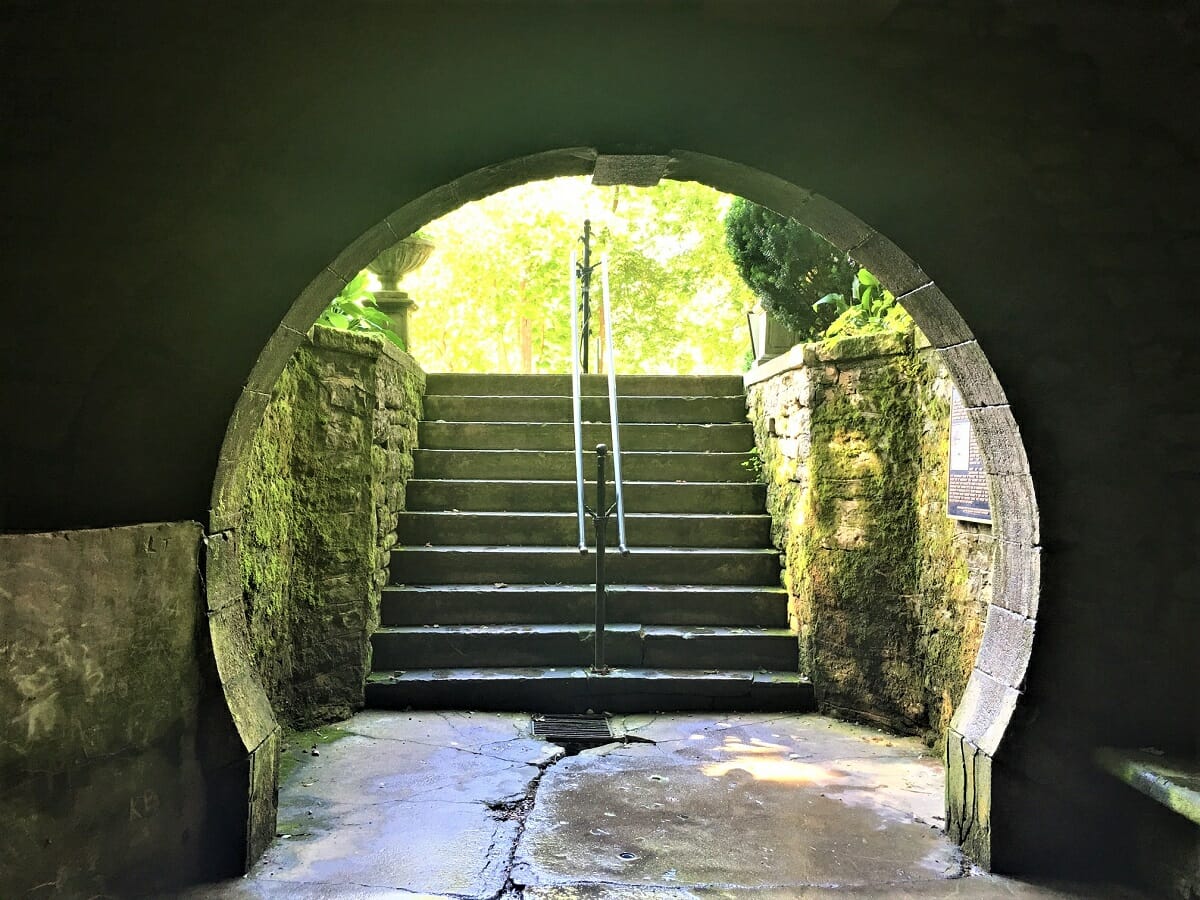 When I was a child growing up in Stone County, we lived in a rural area. I had a friend that lived nearby and we played together. Our property was on an old farm, and my friend’s elderly relative once cautioned us to stay away from the old well up the road.

“It’s spring fed and very deep, and you don’t want to mess with Wally. He lives in there,” she warned.

The inner workings of my child mind came to a screeching halt and I enthusiastically inquired over and over for more details on this “Wally.” I never could cull any more information, just that we had to stay away because something named Wally lived inside the spring. And like all agile childhood minds, I filled in the blanks of information. I imagined that Wally was a blue, angry, old, water elf who might fly out and poke me in the eye with the end of his wand/trident if I peered down into his home.

Now that I’m a parent and aware of all the dangers children face (doorways, stairwells, electrical plugs, strangers, speeding cars, this list is endless), I understand there was no Wally. There was only a lady who didn’t want us falling down a 100-year-old well and drowning. This seems a solid reason for scaring the life out of me over an imaginary blue fairy named Wally. The experience left me with a fascination for water deep beneath the surface, and no doubt my “Wally” memories make the springs of Arkansas seem a little magical.

My friend’s relative wasn’t the first person to claim a superstition about spring water. When European explorers discovered Arkansas, they also discovered Native American tribes who had long ascribed healing, life, and magical properties to springs. Water is a common symbol in Native American culture, and it is highly regarded. For example, long before white men settled in the Eureka Springs area, the springs there were a sacred gathering place for Native Americans. According to legend, a Sioux Princess suffered from an eye affliction and was healed with the waters.

It’s hardly a wonder that as predominantly Scottish and Irish immigrants settled across Arkansas they were open to hearing about these “magic waters.” Their ancestors might have passed down their own beliefs about the power of water. In ancient Celtic tradition, springs were revered in many ways. For example, people threw coins into spring waters when a woman was pregnant as an offering for fertility and safe childbirth. And later, Christianity would embrace baptism beneath water as becoming reborn into a new life.

As the population of Arkansas explored and settled the state, spring water became a source of life, providing sustenance for people and crops. Additionally, people began to make conjectures that the different kinds of minerals in these springs might treat ailments. Sulfur springs were thought to be good for skin ailments, and spring water with a high salt content was theorized to help the respiratory system.

Hot Springs has long been a destination for people seeking healing, and even today, for those seeking relaxation and refreshment. Native Americans sometimes referred to this area as the “Valley of the Vapors.” These springs are produced by naturally thermal water that flows from the ground at an average temperature of 143 degrees, producing 1 million gallons of water each day. While there’s no evidence that the water of Hot Springs serves a medical purpose, people throughout history journeyed to bathe away their asthma, arthritis and other diseases. The water of Hot Springs does, however, contain small amounts of silica, calcium, sulfate, and fluoride, to name a few. The sterile quality of the water attracted the attention of NASA, and Hot Springs water was used for storage of moon rocks as scientists examined them for signs of life after the Apollo missions.

Another site of magical Arkansas water is Sulphur Springs. It was a popular resort with reputed healing waters, known far and wide from New Orleans to Boston. Resorts were opened for health seekers advertising “black and white sulpher water, cool and pleasant to taste.” Science tells us that the bacteria that produce hydrogen sulfide gas also creates colors of white, gray or black. Today, Sulphur Springs is only a shadow of its former self with a few houses and a cemetery. Residents long claimed they could still smell sulfur when they walked through the area.

Poison Spring, as it is interestingly named, is a state park and a Civil War memorial site. The history of how Poison Springs acquired its name is murky, but the consensus is that an early pioneer drank from the springs and became sick with a stomach ache. There was never any evidence that the water was poisoned or non-potable.

Mammoth Spring provides us with another tale of mystic water history centered around Native Americans. According to a plaque located in the park, a chief’s son was in search of water during a serious drought. During the search the son died, and when he was buried a large stream of water burst from the gravesite. The chief vowed this spring would flow forever, and that is reportedly the current site of Mammoth Spring. Besides its interesting Indian folklore, it is the largest spring in Arkansas and an excellent location for trout fishing.

You can’t discuss Arkansas’ spring water (or mystical beliefs either, for that matter), without mentioning Eureka Springs. With over 63 springs, it’s been a central destination for sojourners seeking healing and restoration for hundreds of years. Plaques, fountains, pavilions and grottos dot the hillsides and line city streets, letting anyone who is unfamiliar with the city know, “Water lives here.” Bottling water was a big business, and can even be seen today in the existence of Ozarka Water. While the springs are now largely undrinkable (due to pollution), they were at one point believed to cure illnesses. The city grew to epic proportions and the beautiful Victorian mansions we see today were constructed during this boom era.

Magnetic Spring is located on Magnetic Mountain (where the Christ of the Ozarks statue is located). The spring was rumored to magnetize objects, reportedly causing coins and paperclips to stick to metal after they had been dipped in the water. The mountain itself is also believed to the center of a magnetic vortex that causes humans to experience an “excited state.” This is bad news for day-trippers with small children who are prone to eating candy bars and hyperactivity. Or perhaps not, since the likelihood of an Arkansas mountain being connected to crystal temples or the Lost City of Atlantis (some of the wilder theories I stumbled across in my research), is slim to none. And although the springs are no longer “magnetic” the legends are fun to ponder.

My personal favorite Arkansas spring is Eureka’s Grotto Spring. Emblazed with the words “esto perpetua” in the stone above its entrance, I’ve always felt a special sense of calm and peace when I descend the steps and into the cool damp air. Enclosed in a beautiful limestone grotto, ivy hangs down over the entrance, and you feel as if you’ve entered another world.

This article isn’t a comprehensive list of springs in our state, but it does highlight the fascinating importance water plays in our culture and history. Arkansas has always teemed with water, from flowing streams to running rivers, to our beautiful springs gurgling up from the depths of the earth. And whenever I stand in Grotto Spring, gazing at a candle shrine that’s somehow always lit, I’m transported to the wonder of childhood. I’m transported back to 11 years old, avoiding a well housing a creature named Wally, but excitedly pondering the possibility of magical water just beneath the surface.

One response to “Arkansas’s Magical Water”