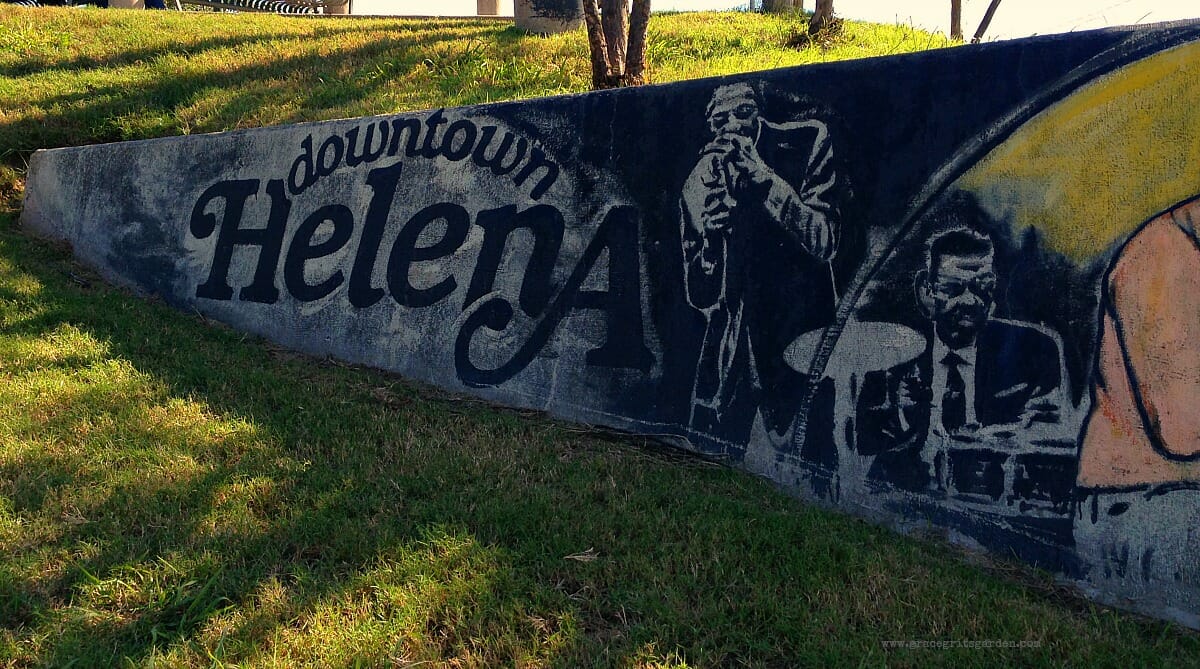 In the 1940s when blues began to spread along the Mississippi River, Helena served as the launching point thanks to in great part to “Sunshine” Sonny Payne. Payne’s live broadcast of the King Biscuit Time Radio Show began in 1941. His was the first regular radio show to deliver blues daily to mainstream America. Homes were filled with the unique sound of Sonny Boy Williamson, Pinetop Perkins and Robert Lockwood Jr. From small-town Helena the foundation was laid for today’s music—blues, rock, pop, and hip-hop.

King Biscuit Time is open to the public. Stop in. Listen to a live broadcast. Payne regularly welcomes musicians into the studio. Even I ended up on the radio!

See the huge microphone in the next picture? That was my microphone. I promise you, Payne never meets a stranger.

Musical greats have passed through this river town, and still do particularly during the annual King Biscuit Blues Festival held each year on Columbus Day weekend. People, this is a BIG deal, a three day blues extravaganza attracting hundreds of thousands of blues enthusiasts from around the country.

In addition to music, the festival will include a 5K/10K along the river and through downtown Helena, as well as a Call and Response Blues Symposium on the origins of blues which will be held in the historic Malco Theatre. Visit www.kingbiscuitfestival.com for more information on the weekend festivities including tips for planning your visit, where to stay, etc.

Soak up music and food and the rhythm of the Mississippi River. Helena is a unique town devoted to preserving and sustaining the blues culture. You will leave inspired with a greater appreciation for the rich musical heritage of the Delta.