13 Spooky Things To Do in October in NWA 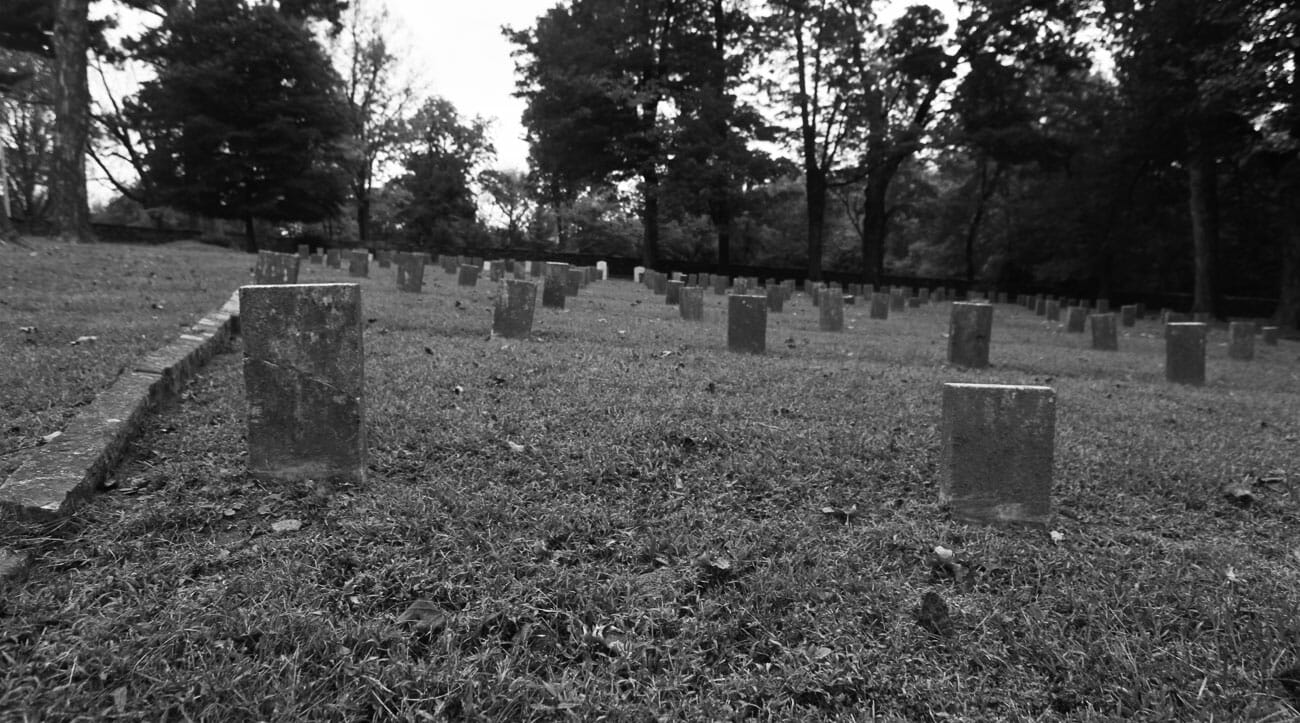 Whether it’s taking advantage of the milder weather that comes with fall, taking in the scenic beauty of the Ozark autumn, or creeping yourself out by visiting some spooky sites in Northwest Arkansas, there are so many things to do in this, the greatest of months.

October is here and this is the ultimate list of things to do now that fall is upon us.

Howl at the Harvest Moon

The autumnal equinox that happened the fourth week of September brings on one of the most noteworthy full moons of the year on Oct. 5, the Harvest Moon. This one will rise shortly after sunset and is named for the time of year farmers brought in their crops and looked for the full moon to know when the seasons were changing. We won’t see another one before Halloween, so enjoy this opportunity to go full Lon Chaney, Jr.
Horror movie pairing: The Wolf Man (1941)

Go Back in Time to NWA’s First College

Before there was a U of A, there was Cane Hill College, founded in 1834 about 20 miles southwest of Fayetteville. The school was the site of numerous fires and historical events, including a burning by Union troops in 1864. Rebuilt after its most recent probable arson in 1885, the school building has been marvelously restored by historic preservationists and is one of the oldest examples of pre-state architecture in the region. A grisly set of murders nearby created a mysterious vibe around the building and it’s a neat place to explore one of Arkansas’s oldest hauntings.
Horror movie pairing: The Faculty

Check-In Where Many Never Checked Out

Two of the most historic hotels in Arkansas are a quick trip from Fayetteville in Eureka Springs. The Crescent Hotel and Basin Park Hotel each boasts its own set of unique otherworldly visitors. The Crescent in particular dates to 1886 and has a wild history that involves a pathological snake oil salesman and a number of guests who may have never left. Go, stay the night, do the tour and enjoy some of the best hospitality in the region.
Horror movie pairing: The Shining

One of the most continuously haunted places in Northwest Arkansas is found at Fayetteville’s executive airport, Drake Field. The Arkansas Air & Military Museum is reported to have at least one male spirit – likely an aviator – who makes regular appearances. The site may have other ghosts associated with the historic aircraft, including military planes, that are housed in the building. This is a don’t miss site for Arkansas history and giving yourself the chills.
Halloween movie pairing: The Twilight Zone (1983), “Nightmare at 20,000 Feet”

Northwest Arkansas is old. Fayetteville itself is almost 200 years old and features a number of cemeteries that date back to its founding and the sometimes tumultuous history that surrounded it. Of special note are the Fayetteville National Cemetery and Confederate Cemetery, both in town. The small Walker family plot next to the Confederate cemetery is particularly creepy, and the woods just to the east have been referred to as “Ghost Hollow” for generations, with one apocryphal story about a bride whose dress caught aflame and was tragically killed. Her cries of pain still haunt the hollow, according to many.

A word of advice: cemeteries aren’t just places to go creep, however strong the temptation is. They’re solemn and historic locations, and if you visit the very old graves of a battlefield or national cemetery, use good manners and be respectful. Besides, you wouldn’t want to attract undue attention from lingering spirits anyway.
Horror movie pairing: Night of the Living Dead

Dance the Night Away

One of the best parties in Northwest Arkansas is the annual Halloween in the Hollow thrown at Crystal Bridges each year. This year’s event is on October 28 and features a number of spooky add-ons. The best part is being surrounded by a ton of great American art. The galleries are open, there’s live music and costume contests, and it’s one of the best spots to enjoy art, music, and spooky fun.
Horror movie pairing: The Relic

From Phantom Killer to Food Trucks?

Back in 1948, University of Arkansas freshman Henry Booker “H.B.” Doodie killed himself with mercury cyanide poison. Discontent to leave peacefully, he left a note directing investigators to a secret fountain pen, which contained the combination to a lockbox which itself contained a note confessing to the 1946 “Moonlight Murders” in Texarkana. Five people were killed during that spree, and another three were maimed – and the perp (who was never caught) was nicknamed “The Phantom Killer”. Doodie was never conclusively linked to the murders, though he left plenty of evidence to conclude he was very disturbed. The site of his self-inflicted death was 617 North College – the same location where the Fayetteville Yacht Club food trucks reside today. And hey, even if you don’t spot anything, you can grab a tasty bite of local fare.
Horror movie pairing: The Town That Dreaded Sundown, a 1976 film about the murders

Northwest Arkansas is home to two different sites where major engagements took place during the American Civil War. Both Prairie Grove Battlefield State Park and Pea Ridge National Military Park each saw more than 2,000 killed and wounded soldiers, and the combination of autumn’s falling leaves and the light fading quicker in the late afternoon can definitely lend itself to some eerie experiences at either battlefield. Again, respect is key at these sites, but if you want to put yourself in a place with documented tragedy and earth stained with sorrow, these battlefields are both historic and paranormal must-sees.
Halloween movie pairing: Abraham Lincoln, Vampire Hunter

Learn more about Will Watson.

A little about Will Watson.

Will Watson is a nonprofit development officer, recovering political operative, and semi-pro Halloween enthusiast. He was appointed to two terms on the Fayetteville Historic District Commission, where he developed an interest in Fayetteville's haunted history. You can follow him at @will_watson on Twitter.”

Read more stories by Will Watson