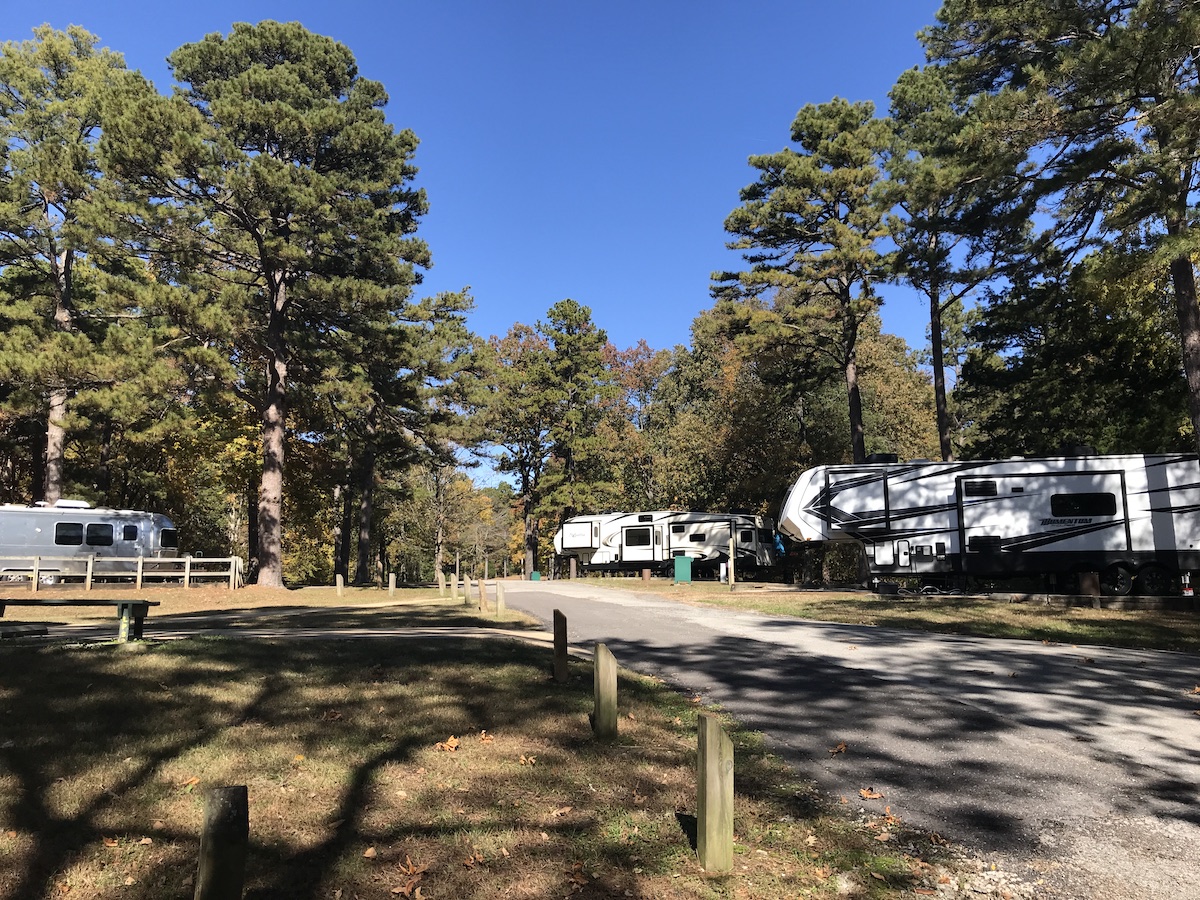 Shortly after my husband and I began using our recreational vehicle, we invited a group of friends to join us at a campground in Heber Springs for a cookout. We had a great time as we swam, ate hot dogs, roasted marshmallows and played games. After they left, I mused about how fun it would be to go camping for a few nights with a group of people who also enjoyed camping and spending time in nature. We thought it would be cool if there were a camping club where we could connect with others and make new friends.

It turns out such a club exists. The Arkansas Good Sam Chapter is an active organization right here in the state, and they are so much more than a group of people who simply gather together to camp.

The Arkansas Good Sams (also called “Arkansams”) is the state chapter of the national Good Sam organization. Good Sams can provide insurance and roadside assistance, but the state and local chapters exist as a gathering place for RVers. According to the Good Sam website,

“Good Sam Chapters embrace true RV fellowship and making lasting friendships through a shared sense of community and love for RVing. Not only do our Good Sam Chapters camp together and socialize, but they also volunteer thousands of hours annually to help the community and keep the founding principle of the Good Sam Club, Good Samaritanism, alive & flourishing.”

While you may not be aware of the Good Samaritanism happening here in Arkansas, you have probably seen it in action without even realizing it. The Arkansas Good Sam State chapter was formed in 1971, and John Allen was elected as their first president. The Arkansas Good Sam currently has 24 local chapters divided into six areas across the state. Since the 1970s, members of each chapter, as well as the state group as a whole, travel the state volunteering hours and dollars to fundraising events like Adopt-a-Park and Adopt-a-Highway. Members are also involved in veteran outreach, senior centers and centers for battered women and children. One of their biggest events is the volunteer work they do for Special Olympics. Members drive behind law enforcement in the races and provide water, snacks and a cool place for the runners to rest. Many members assist with Special Olympics field events.

“We get to stay free while we host, which is nice, but the best part is that it feels like “old home week” when we come back to the park. We know all of the staff and workers, and we get to meet people from all over the country. It’s a nice change of pace, and it’s gratifying to know you’re helping the state park.”

Smith served at both Petit Jean and Lake Catherine this past summer, along with a friend. Smith and her friend have been volunteering as camp hosts for about 10 years. Their duties include checking sites, assisting with reservations, picking up trash, answering guest questions and helping to keep the park clean. As a bonus, they get to converse with the campers and enjoy two weeks in a beautiful area.

In addition to serving as a park host, members organize cleanup events at the parks and private campgrounds around the state.

Even with about 900 active members, Arkansas Good Sam is always looking to expand its membership, especially with younger people. Bill and Dee Nery have served as the state directors for seven years. I recently spoke with Bill Nery.

“Many of our members are older and retired. We’d really like to see more younger people and families get involved in our activities.”

In December, the Nerys will complete their service as directors but plan to remain active members. Nery indicated they enjoy volunteer opportunities such as collecting dolls for children in the hospital and helping with quilt auctions for St. Jude’s Hospital. Nery hopes that service projects and volunteer efforts will be a draw for younger people and notes that members also love many of the state and local gatherings that happen each year.

Arkansas Good Sam hosts a big statewide Samboree each year in April. The 2019 rally attracted hundreds of RVers from Arkansas and surrounding states. The Samboree is vital for building connections and friendships and allows members to organize future volunteer efforts and local gatherings. The annual rally also includes a variety of fun activities like arts and crafts, competitive game tournaments like bocce ball, washers and horseshoes, movie nights and various entertainment acts. Classes on topics RV accessories, healthy cooking for your RV and safety tips are presented.

Six smaller local rallies called “Friendships” are held each year around the state. The local rallies are mini versions of the state rally and regularly attract 20 or more rigs. Local chapters schedule campouts and regular gatherings. If you are interested in joining Arkansas Good Sam, you can find more information on their website or their newly formed Facebook page after see if their pledge resonates with you.

“As a member of Good Sam Club, I pledge to give aid to others, respect nature and the environment, give back to the community and those less fortunate, treat others with dignity and respect and wear a smile and promote the pledge of the Good Sam Club to others.”

Learn more about the Arkansas Good Sams on their website.